Women make up a sizeable share of Medicaid enrollment.  This is due to eligibility requirements that have roots in the welfare program formerly known as Aid to Families with Dependent Children (AFDC) and efforts to expand insurance coverage to low-income pregnant women dating back to the 1980’s.  In 2011, the most recent year for which there is national enrollment data, but prior to the 2014 ACA Medicaid coverage expansions, women and girls 15 and older represented a third of all Medicaid beneficiaries compared to a fifth for men (Figure 1).2 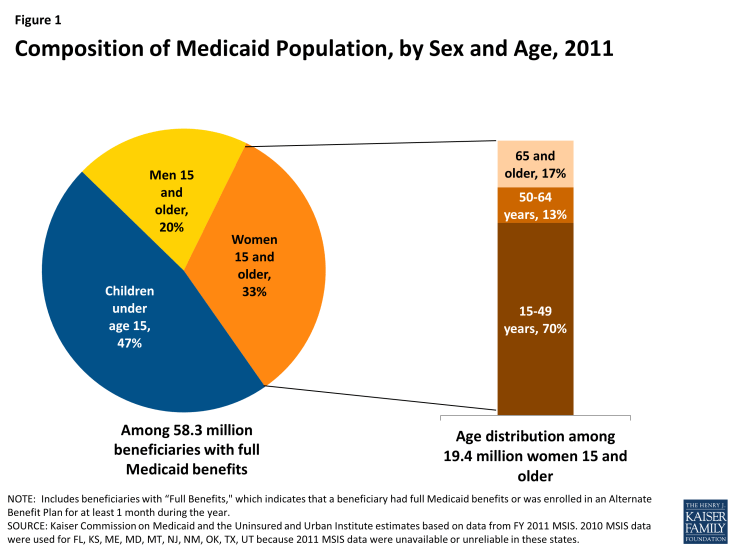 Among the 19.4 million women ages 15 and older with full Medicaid benefits in 2011, those in their reproductive years (ages 15 to 49) accounted for 70% of enrollment nationwide.3  For these 13.5 million women, Medicaid played a crucial role in coverage for family planning services and pregnancy-related care.   The proportion of women enrolled in Medicaid who are reproductive age varies by state, ranging from 61% in New Jersey to a high of 80% in Delaware.  These variations reflect differences in median income as well as state-defined program eligibility criteria, including for pregnancy-related care (Appendix 1).