Family Planning and Contraceptive Provision Among Females Enrolled in Medicaid

All states cover prescription contraceptives for women, but they may limit access through utilization controls. Additionally, about half of states offer a range of family planning benefits including contraceptive services and supplies to individuals who do not otherwise qualify for full Medicaid coverage. States can establish these family planning programs by receiving permission from the federal Centers for Medicare and Medicaid Services (CMS) through a Section 1115 waiver or by amending their Medicaid programs with a State Plan Amendment (SPA). Recognizing the importance of contraceptive services for women, CMS recently added two measures of contraceptive care to the core health care quality measures, known as the Adult and Child Core Sets. These measures assess provision of the most and moderately effective contraceptive methods (i.e., sterilization, intrauterine devices (IUDs), implants, injectables (e.g., Depo-Provera), oral pills, patch, or ring) to female beneficiaries.

Despite the special status of family planning services under Medicaid, very little is known about the provision of these services to Medicaid beneficiaries. To better understand the level of use of these services and to explore the variation in utilization across states, we examine the provision of contraceptive services and supplies, as well as provision of family planning services more broadly to reproductive age women (ages 15 to 49) continuously covered by Medicaid in 2018. We present new national and state-level data by age as well as comparisons by region. This analysis is based on claims data from the Transformed Medicaid Statistical Information System (T-MSIS) and is based on data from 43 states and the District of Columbia. Seven states are excluded due to concerns about data quality.

By looking at service provision among those who were continuously enrolled in Medicaid, we minimize the impact of coverage churning, which can limit access to care.

One in four (25%) female Medicaid enrollees of reproductive age (ages 15 to 49) obtained at least one contraceptive service in 2018.This share varied considerably, ranging from 18% in Arkansas and Arizona to 34% in Wisconsin (Figure 1). These percentages represent the share of females overall provided these services, which may include women who were pregnant during the year and not in need of contraceptive services. 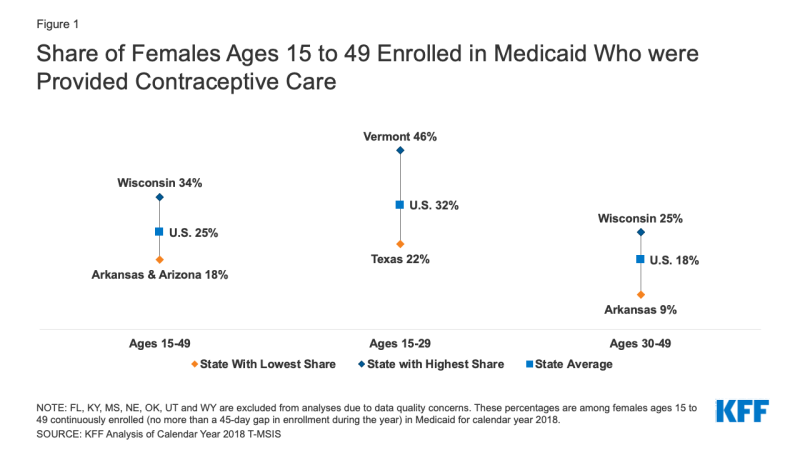 Figure 1: Share of Females Ages 15 to 49 Enrolled in Medicaid Who were Provided Contraceptive Care 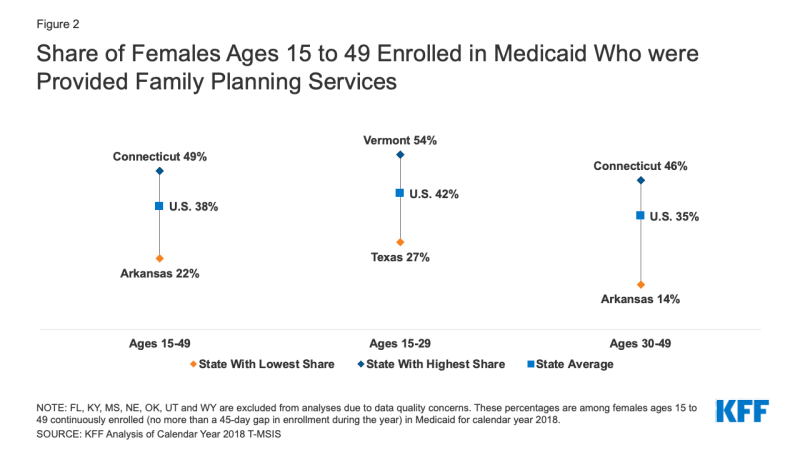 Figure 2: Share of Females Ages 15 to 49 Enrolled in Medicaid Who were Provided Family Planning Services

Many factors can contribute to state level variation in provision of services, including eligibility levels, Medicaid utilization controls, access to clinicians, the availability of services, clinician practices, payment rates, beneficiaries’ needs and preferences, and more.

Among those continuously enrolled in Medicaid, only 4% of women had a diagnosis or procedure code for female sterilization in 2018. Since sterilization is a one-time procedure, women who were sterilized in earlier years would not show up in the current measurement year. Combined with IUDs and implants, one quarter of contraceptive users was provided a “most effective” method in 2018 (e.g., sterilization, contraceptive implants, intrauterine devices or systems (IUD/IUS)). Five percent of females was provided emergency contraceptive pills. Less than 5% of females were provided the other methods – patch, ring, diaphragm, or fertility awareness-based counseling.

For the following figures on contraceptive method provided, women could have more than one method within the year.

Given the central role of Medicaid in financing family planning services for low-income women, it is important to understand what family planning service and contraceptive service provision looks like across states. While these are important services for many women, not all women need or want to use contraception. Our overall finding that 25% of reproductive age women were provided a contraceptive service is consistent with rates recently published by CMS, where 25.3% of women ages 21 to 44 at risk of unintended pregnancy were provided a “most effective” or “moderately effective” method of contraception. It is unclear whether the remaining women, who represent the majority of reproductive age women on Medicaid encounter access barriers or a lack of availability, or whether they feel they do not need or do not wish to use contraceptive services, or some other reason.  Some of these women may be pregnant or trying to get pregnant and do not need contraception.  Others may be using over-the-counter methods such as condoms or spermicide.

These differences by state could reflect the variation in the adoption of policies and programs to increase access to contraception, including those from public health practitioners, clinicians, and state and federal policymakers. Many initiatives to expand contraceptive access have focused on expanding access to postpartum LARCs. Notably, many states revised their payment policies to make it easier for providers to get reimbursed for immediate postpartum LARCs outside of the global maternity care fee. For example, Louisiana and South Carolina, states that implemented a separate payment structure for postpartum LARC insertions were found to have the highest rates of effective contraceptive provision 60 days postpartum among Medicaid enrollees in 2016. These states also had considerably higher contraceptive provision than their neighboring states in our analysis.

Furthermore, state adoption of utilization control policies can also shape access and availability of contraceptive methods. These policies include prior authorization for certain methods like emergency contraception, step therapy that require beneficiaries to use contraceptives off a Preferred Drug List before being able to use another method of choice and limiting the amount of supply a beneficiary can receive at one time, such as a 1-month or 3-month supply rather than the recommended 12-month supply.

Due to the personal nature of reproductive health care choices including contraceptive use and the history of reproductive coercion in many communities in the US, there is no agreed upon benchmark for contraceptive provision and method mix. However, information about the provision of services and how use varies by state and populations provides policymakers and clinicians important insights about the differences across states and sets a baseline for the study of future policy changes and initiatives.

This analysis is based on claims data from the Transformed Medicaid Statistical Information System (T-MSIS) Research Identifiable Files (RIF). Data for 2018 were from the final version (Release 1) of these files. This analysis was limited to females ages 15-49 continuously enrolled in Medicaid with no more than a 45-day gap in enrollment during the year. This definition of continuous enrollment was chosen to align with CMS’ Adult and Child Set Core Measures, specifically, those around contraceptive provision, and to give people sufficient time in Medicaid to access contraceptive and family planning services.

We excluded the following states from our analysis due to concerns with the quality of their enrollment data: Florida, Kentucky, Mississippi, Nebraska, Oklahoma, Utah, and Wyoming. We relied on data quality assessments from DQ Atlas to exclude states based on data quality ratings of the following indicators: (1) Enrollment Benchmarking: Medium concern for Total Medicaid and CHIP Enrollment (Mississippi, Nebraska, and Kentucky), (2) Enrollment Patterns Over Time: Number of Enrollment Spans – % of Beneficiaries with Only One Enrollment Span in Year ≥ 99.8 (Florida, Wyoming), (3) Enrollment Patterns Over Time: Number of Enrollment Spans – % Beneficiaries with 3 or More Enrollment Spans in Year ≥ 5% (Oklahoma). Additionally, we excluded Utah because of a substantially lower rate of continuous enrollment, which may be due to an administrative error where a large number of enrollees were disenrolled from April 31, 2018 to June 1, 2018. The analysis was limited to 2018 claims, so enrollees that may have been enrolled in the previous or subsequent year but had more than one 45-day gap in enrollment in 2018 were truncated and excluded from the continuously enrolled population for the 2018 calendar year. Data reflect enrollment in any eligibility pathway as well as any payment structure (FFS, managed care, etc.)