Background: The Challenge of Gaining Insurance Coverage Prior to the ACA

Prior to implementation of the ACA, over 47 million Americans—nearly 18% of the population—were without health insurance coverage. Because publicly-financed coverage has been expanded to most low-income children and Medicare covers nearly all of the elderly, the vast majority of uninsured people are nonelderly adults.1 Not having health insurance has well-documented adverse effects on people’s use of health care, health status, and mortality, as the uninsured are more likely to delay or forgo needed care leading to more severe health problems.2 Lack of insurance coverage also has implications for people’s personal finances, providers’ revenue streams, and system-wide financing.3,4,5 The coverage provisions in the 2010 Affordable Care Act (ACA) sought to address these issues by making coverage more available and affordable, particularly for people with low or moderate incomes.

The main barrier that people have faced in obtaining health insurance coverage is cost: health coverage is expensive, and few people can afford to buy it on their own. While most Americans traditionally obtain health insurance coverage as a fringe benefit through an employer, not all workers are offered employer coverage, and not all adults are working. Medicaid and the Children’s Health Insurance Program (CHIP) cover many low-income children, but eligibility for parents and adults without dependent children is limited, leaving many adults without affordable coverage. 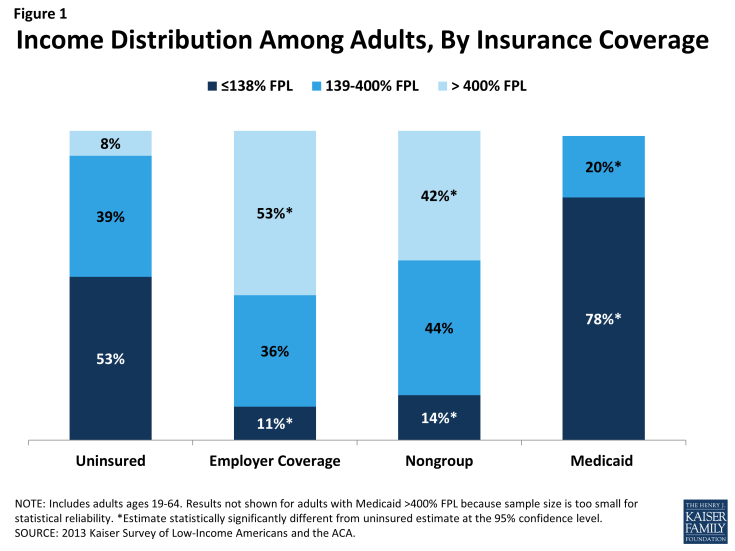 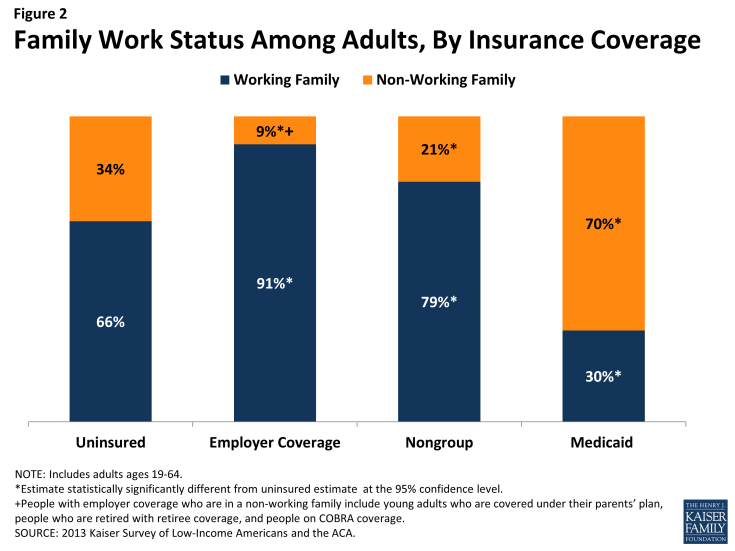 Among the primary goals of the ACA were filling in gaps in the availability of public coverage by expanding Medicaid eligibility for low-income adults and making private coverage more affordable for moderate-income adults who lack access to coverage through a job. The ACA also aims to simplify and coordinate eligibility and enrollment across programs, ensure coverage for a basic package of health benefits, and facilitate innovations in service delivery. As policymakers embark on early implementation of the law, it is important to remember who the ACA aims to help and how their characteristics may inform efforts to reach them.

Introduction I. Patterns of Coverage and the Need for Assistance