Section 1: Views of the Issue

Due to medical advances and the ability to manage chronic conditions in older adults, more people are living longer and, rather than dying from acute episodes of illness, they are dying after long periods of sickness and declining health. The public is generally aware of this – most people (74 percent) are aware that people typically die after many months or years of declining health and after increasing use of health care and other support services, as opposed to dying suddenly or after a short illness lasting just a few days or weeks (20 percent). Interestingly, older adults are somewhat less likely to say that death comes after a slow decline than younger people. 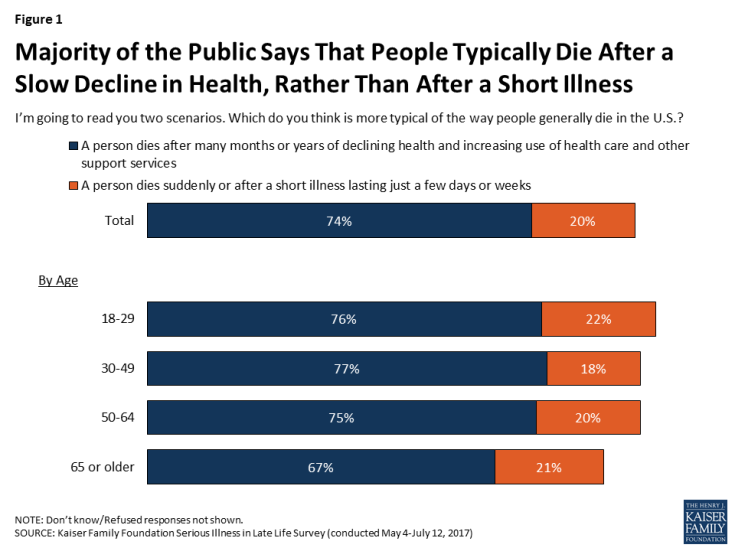 Figure 1: Majority of the Public Says That People Typically Die After a Slow Decline in Health, Rather Than After a Short Illness

As people live longer in varying states of health, many are faced with needing medical care or support services for longer periods than they may have expected, which can strain finances, families, and individuals themselves. Large majorities of the public say it’s common for people in their last few years of life to have difficulty paying for medical care (83 percent), support services (80 percent), and housing (76 percent), and that it’s common to have to move somewhere other than where they would like to be living (74 percent). Older people are somewhat less likely to say each of these things is common in later life. 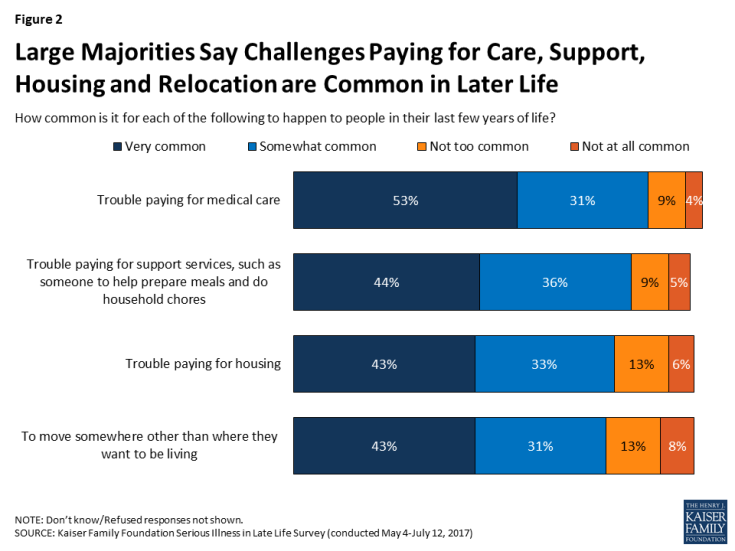 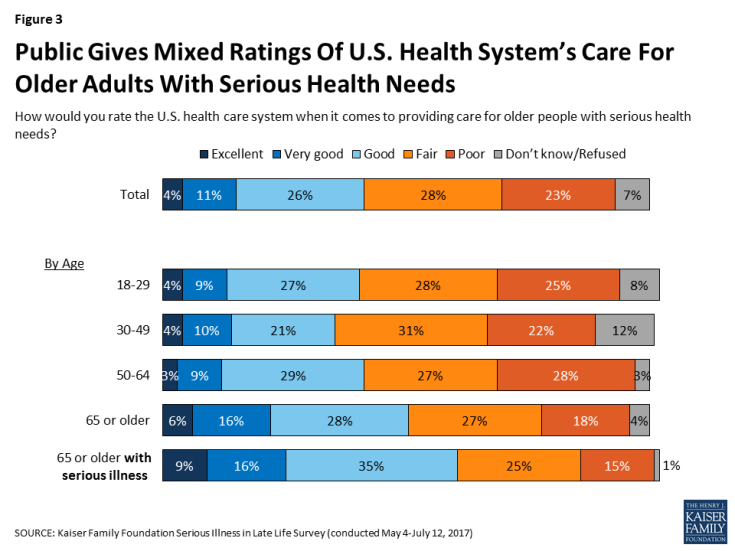 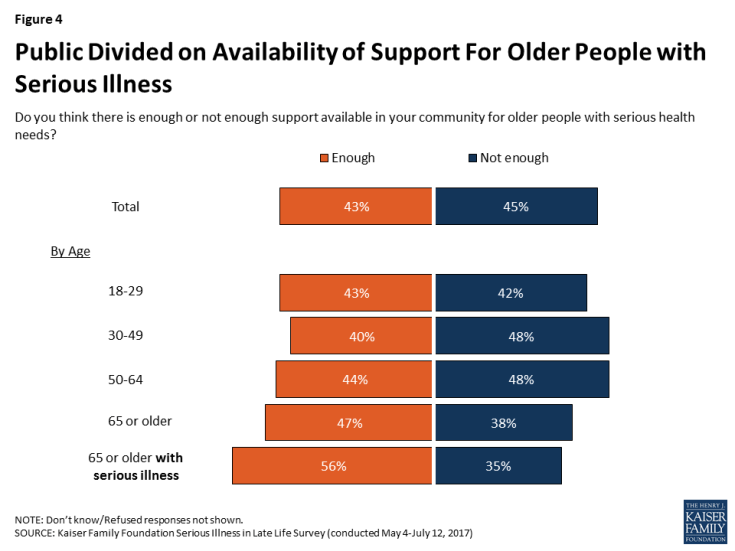 Figure 4: Public Divided on Availability of Support For Older People with Serious Illness

When it comes to what it would mean to have a good quality of life in older age, large majorities of the public say a variety of things are important to them personally, some of which may require advanced planning in order to achieve. About four in ten say a number of things are “extremely” important, including being able to talk or communicate with others (42 percent), making sure their wishes for medical care are followed (39 percent), making sure they’re not a burden to their family (38 percent). Some also say it is “extremely” important to be able to feed or dress themselves  (37 percent), to be financially stable (36 percent), to live without severe long-lasting pain (36 percent), and to be able to remember things well (35 percent). In addition, about three in ten say feeling what they do in life is worthwhile (31 percent), being spiritually fulfilled (29 percent) and being physically active (28 percent) are extremely important to them in having a good quality of life in older age. 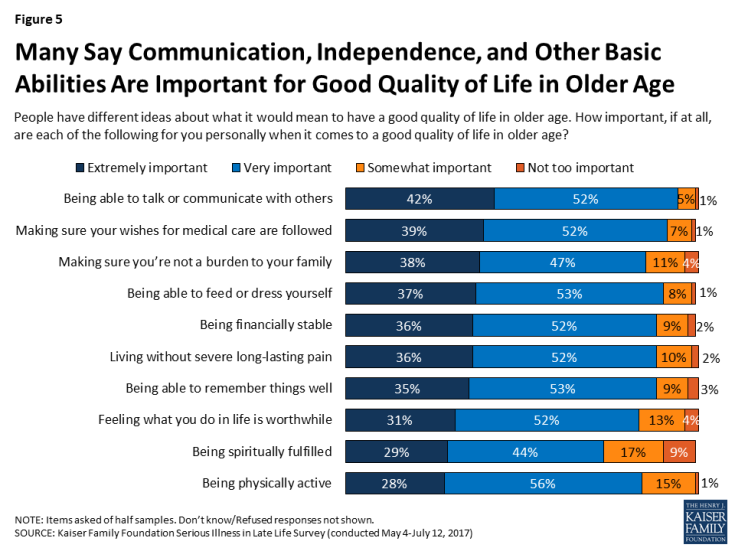 Figure 5: Many Say Communication, Independence, and Other Basic Abilities Are Important for Good Quality of Life in Older Age

Focus Group Insights: Given their experience, family members say they want to avoid being a burden on their loved ones if they become seriously ill.

“As far as me, I don’t want my kids to ever deal with me like I have to deal with my wife. I hate it.”