Educational attainment, one of the key social determinants of health, varies by race and ethnicity, with Black and Hispanic beneficiaries having fewer years of education compared to White beneficiaries. 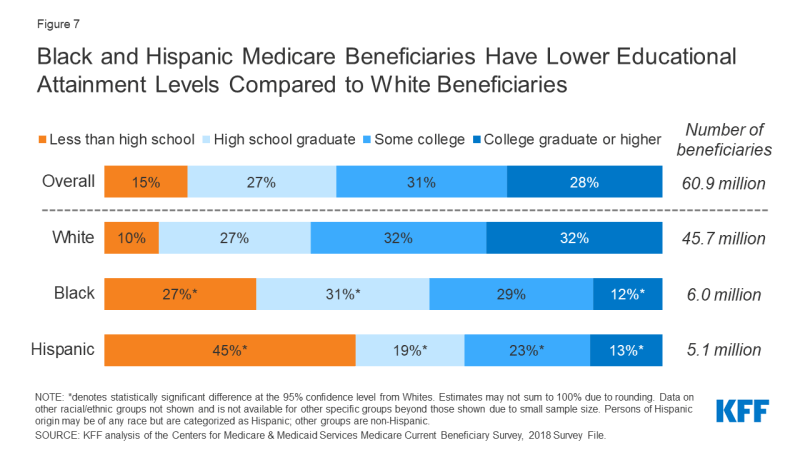 Among people ages 65 and older, Black and Hispanic adults are more likely than older White adults to have family income below poverty, based on both the official poverty measure and the Supplemental Poverty Measure (SPM).

Based on the official poverty measure, nearly half of older Black and Hispanic adults (51% and 49%, respectively) have family incomes below 200% of poverty, compared to just over one quarter (29%) of older White adults (Figure 8). 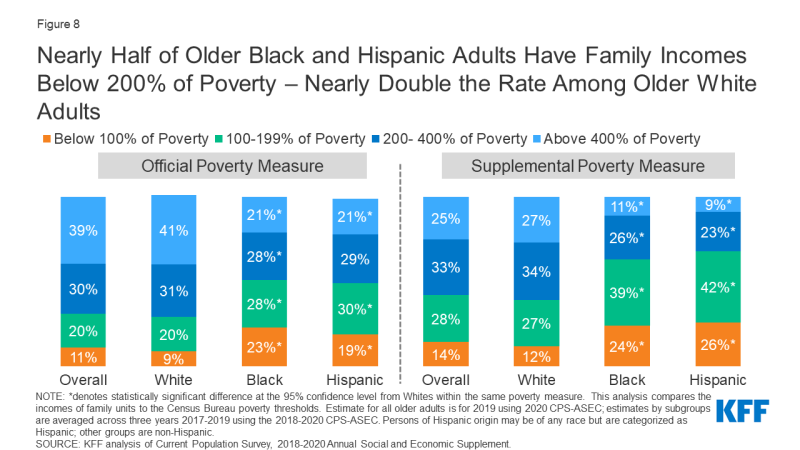 Figure 8: Nearly Half of Older Black and Hispanic Adults Have Family Incomes Below 200% of Poverty – Nearly Double the Rate Among Older White Adults

The share of Black and Hispanic adults with family income below poverty is higher based on the SPM than under the official poverty measure. The SPM differs from the official poverty measure in that it takes into account several additional financial resources, including in-kind government benefits (e.g., food stamps, housing subsidies), tax credits, out-of-pocket medical expenses, work expenses, homeownership, and geographic variation in housing costs. The SPM also deducts medical out-of-pocket expenses from financial resources, which is an especially important factor in calculating income for older adults. Based on the SPM, 63% of older Black adults and 68% of older Hispanic adults have incomes below 200% of poverty, compared to 39% of older White adults.

Median Per Capita Income, Savings, and Home Equity are Higher for White Beneficiaries Than for Black or Hispanic Beneficiaries

While educational attainment has been considered by some as a pathway to improving wealth attainment, large racial and ethnic wealth gaps among Medicare beneficiaries persist even among beneficiaries who have attained the highest level of formal education.