Despite continued advancements in medical care, rates of maternal mortality and morbidity and pre-term birth have been rising in the U.S. Maternal and infant mortality rates in the U.S. are far higher than those in similarly large and wealthy countries and stark racial disparities in maternal and infant health persist. Improving maternal and infant health is key for preventing unnecessary illness and death and advancing overall population health. Moreover, growing calls for racial justice and the disparate impact of the COVID-19 pandemic for people of color have brought a heightened focus to health disparities, including the inequities in maternal and infant health. In particular, there has been broader recognition of the principles of reproductive justice, which emphasize the role that the social determinants of health and other factors play in reproductive health for communities of color.

A range of initiatives are underway that are designed to improve maternal and infant health and reduce disparities. Medicaid is key in these efforts given the substantial role the program plays in covering low-income pregnant women and children, particularly among people of color. This brief provides a summary of Medicaid’s role for pregnant women and infants and key Medicaid initiatives to improve maternal and infant health.

Reflecting this broad base of eligibility for pregnant women, Medicaid covers 45% of all births. The programs play an even larger role in covering births for women of color given their lower incomes and more limited access to private coverage. Medicaid covers about two-thirds of births among Black, AIAN, and NHOPI women and six in ten births among Hispanic women, compared to one in three births among White women (Figure 1). 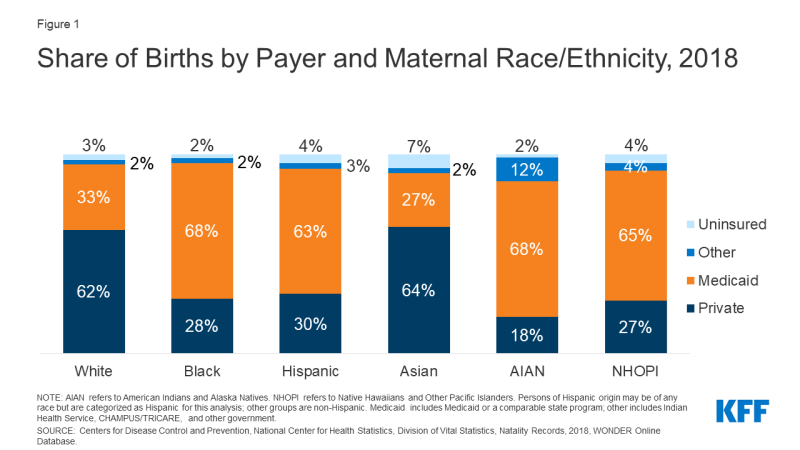 Figure 1: Share of Births by Payer and Maternal Race/Ethnicity, 2018​

Medicaid, along with CHIP, also cover nearly half (46%) of all infants, and the programs play a particularly large role covering infants of color. Over six in ten Black, Hispanic, and AIAN infants are covered by Medicaid and CHIP compared to one-third of White infants (Figure 2). Even with these higher rates of Medicaid and CHIP coverage, Hispanic and AIAN infants remain more likely to be uninsured compared to White infants. 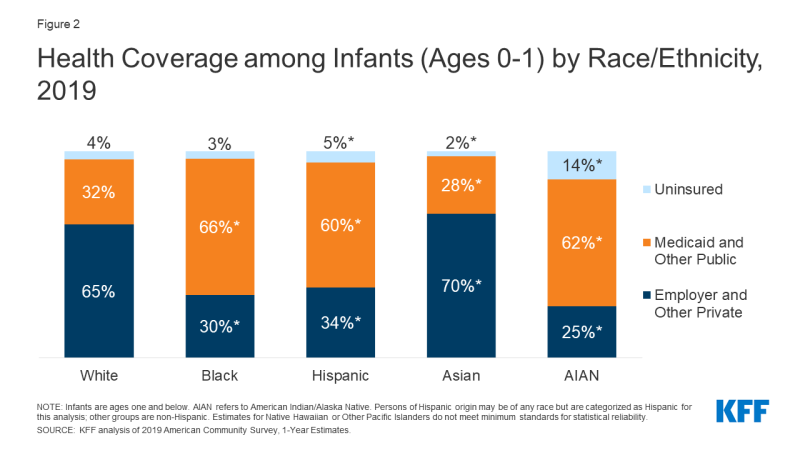 Research shows that coverage before, during, and after pregnancy facilitates access to care that supports healthy pregnancies, as well as positive maternal and infant outcomes after childbirth. For low-income women, Medicaid is comparable to private insurance in terms of many measures of access to care. Research also documents that Medicaid coverage of pregnant women and children has contributed to dramatic declines in infant and child mortality in the United States. A growing number of studies show that Medicaid eligibility during childhood also has long-term positive impacts, including reduced teen mortality, reduced disability, improved long-run educational attainment, and lower rates of emergency department visits and hospitalization in later life.

Studies suggest that the ACA Medicaid expansion has had positive impacts on maternal and infant access to and use of care and health outcomes and helped to narrow racial disparities in certain measures. For example, one study found increased coverage stability and use of postpartum care during the six months postpartum in a Medicaid expansion state compared to a neighboring non-expansion state.1 Another study found that infants in non-expansion states are approximately two and half times more likely to be born into a household without health insurance compared to infants in expansion states.2 Several studies suggest that Medicaid expansion has narrowed disparities for Black and Hispanic people in certain measures of maternal and infant health, including health coverage, maternal mortality, infant mortality, low birthweight, and preterm birth.3,4, 5, 6 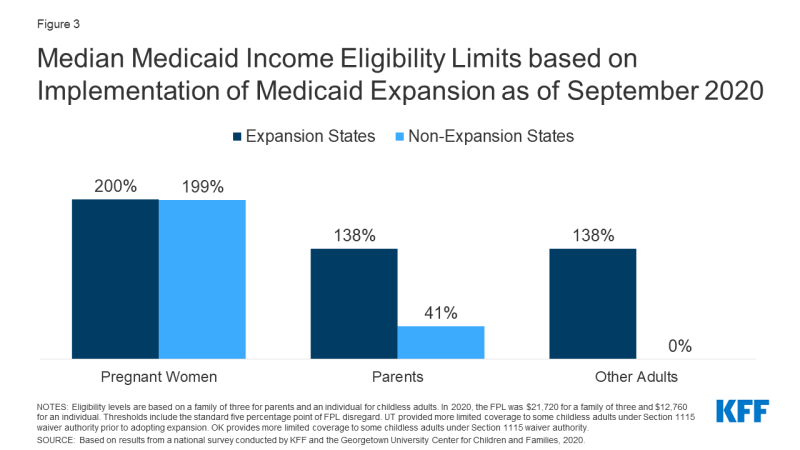 Figure 3: Median Medicaid Income Eligibility Limits based on Implementation of Medicaid Expansion as of September 2020​

There has been interest at the state and federal level in extending the postpartum Medicaid eligibility period to further reduce coverage losses for women in the postpartum period. Extending the postpartum Medicaid eligibility period would increase state and federal spending, but could help reduce preventable maternal deaths and improve maternal health outcomes considering that approximately 30% of maternal deaths (excluding those caused by suicide or overdose) occur 43 to 365 days postpartum.9 One analysis estimates that approximately 217,000 uninsured low-income new mothers would benefit from the extended postpartum period.10

Most state Medicaid programs report being engaged in efforts to advance maternal and infant health. In a recent KFF survey, about two-thirds of states reported new or expanded Medicaid initiatives in FY 2019 or planned for FY 2020 to improve birth outcomes and/or address maternal mortality, with over a quarter of states focused on pregnant women with substance use disorder (SUD). These include efforts to expand eligibility for pregnant women, expand Medicaid coverage for perinatal services, and implement payment and delivery models that incentivize improvements in maternal care and outcomes.11 Some state Medicaid programs also offer benefits specifically for pregnant women such as behavioral health services, dental services, and home visiting services.12 Several states are engaged in efforts to include Medicaid coverage for doula services. Research suggests that doula services can improve health outcomes for women and infants, reduce interventions during delivery, and facilitate communication between pregnant women and health care providers.13 Having a trained advocate can be particularly important for women of color, who are more likely to encounter discrimination in the health care system. Currently, two states (Oregon, Minnesota) allow doulas to participate in their Medicaid networks statewide and other states are testing pilot programs to assess the feasibility of broader coverage. An important component for incorporating doulas in the Medicaid program is assuring adequate and timely reimbursement, which has been a challenge in some pilot programs.14

The Centers for Medicare and Medicaid Services (CMS) has launched recent initiatives focused on addressing maternal and infant health. In 2019, the Center for Medicare and Medicaid Innovation (CMMI) awarded grants to ten states (Colorado, Indiana, Louisiana, Maryland, Maine, Missouri, New Hampshire, Tennessee, Texas, and West Virginia) for its new Maternal Opioid Misuse Model, which is intended to address the fragmented care of pregnant and postpartum persons with opioid use disorder.15 It also recently released a request for information seeking input on opportunities to improve health care access, quality, and outcomes for women and infants in rural communities before, during, and after pregnancy. Further, CMS recently released its 2020 Maternity Core Set of 11 measures for voluntary reporting by state Medicaid and CHIP agencies to help evaluate maternal and perinatal health in Medicaid and CHIP.

Outside of Medicaid, the federal government, states, providers and health systems, foundations, and communities also are engaged in a broad range of efforts to advance maternal and child health and reduce disparities. For example, some Medicaid initiatives are part of broader statewide approaches to advance maternal health and reduce disparities. Moreover, outside of Medicaid, the federal government provides funding for and engages in efforts to advance maternal and infant health through the Maternal and Child Health Block Grant, the Health Resources and Services Administration, the CDC, and other agencies. The CDC recently launched the Hear Her campaign to support improved communication between pregnant and postpartum women and maternity providers, which is particularly important given the growing recognition of the role racism plays in contributing to adverse maternal health outcomes. Several states have perinatal and maternal quality collaboratives as well as maternal mortality review committees that collect and analyze data on maternal and infant health outcomes and work to improve health care delivery for women and infants. Several of these committees have focused on collecting local data by race and ethnicity, highlighting differences by both race/ethnicity and geography. Improved data collection and analysis are important tools for identifying and understanding the disparate outcomes between different subpopulations as well as for developing and targeting quality improvement initiatives within the delivery system.16 In 2019, California became the first state to require perinatal providers to obtain training on implicit bias. Further, the city of San Francisco recently launched a project that gives a group of Black and Pacific Islander pregnant persons an income supplement during pregnancy and through the infant’s first six months of life to help address some of the known health and income inequities.17

Healthy birth outcomes and early identification and treatment of health conditions among mothers and infants helps to prevent death and illness and advance overall population health. Healthy People 2030, which provides 10-year national health objectives to set the national public health agenda, identifies the prevention of pregnancy complications and maternal deaths and improvement of women’s health before, during, and after pregnancy as a public health goal.18 Pregnancy and birth provide opportunities to identify health risks in women and children. Moreover, early identification and treatment of health conditions or complications can prevent death and disability in both mother and child, enable children to reach their full potential, as well as improve overall population health. Recent research finds that as many as 60% of all maternal deaths in the U.S. are preventable and that increasing access to preconception, prenatal, and interconception care can reduce pregnancy-related complications.19