Health is shaped by a host of social, economic, and structural factors.1 For LGBT individuals, these factors include the experience and impact of discrimination, stigma, and ostracism which affect health outcomes, access, and interaction with the health system care.2,3, 4 Research available to date finds that while LGBT people have many of the same health concerns as the general population, they experience some health challenges at higher rates, and face several unique health challenges. 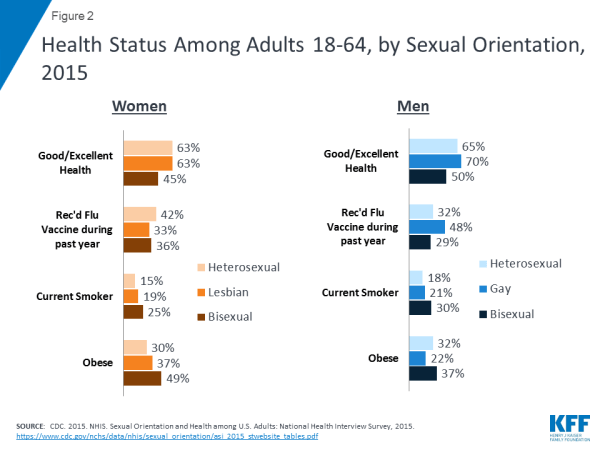 One of the most significant health challenges facing the LGBT community has been the HIV/AIDS epidemic’s impact on gay and bisexual men, and transgender women. After experiencing a dramatic rise in new infections in the 1980s, efforts by the gay community and public health officials helped to bring HIV incidence down; however, in recent years, new infections among gay and bisexual men in the U.S. have been on the rise, the only group for which infections are increasing (Figure 3). 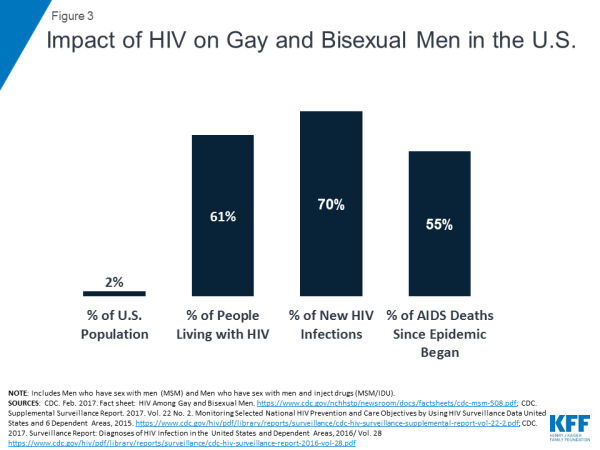 Figure 3: Impact of HIV on Gay and Bisexual Men in the U.S.

Research has found that LGBT individuals are at elevated risk for some mental health and behavioral health conditions, with studies finding that they are two and a half times more likely to experience depression, anxiety, and substance misuse.25,26 The history of discrimination and stigma, including lack of acceptance from family members, contributes to higher rates of mental illness.27,28 In fact, until the 1970s, homosexuality was considered a mental illness in the Diagnostic and Statistical Manual (DSM) of Mental Disorders and by various professional organizations. The diagnosis “gender dysphoria,” which has replaced the transgender diagnosis in the DSM, is intended to communicate the emotional distress that transgender people may experience as well as promote insurance coverage of services related to gender transition, such as counseling or hormone therapy, that typically have not been covered by insurance plans29 Further, stigma and prejudice against sexual and gender minorities remain pervasive and continue to have negative consequences for the mental health of the LGBT population.30

Sexual assault and physical violence can have lasting consequences for victims, families, and communities.35 LGBT individuals experience higher rates of sexual and physical violence compared to heterosexual and non-transgender individuals.  Violence toward LGBT people has led to public policy responses. For example, federal legislation as well as some state laws allow for the classification of violence based on gender identity or sexual orientation bias as a “hate crime,” which has implications for penalties as well as funding to states and locales for deterrence and surveillance of these crimes.36  Key statistics include the following: 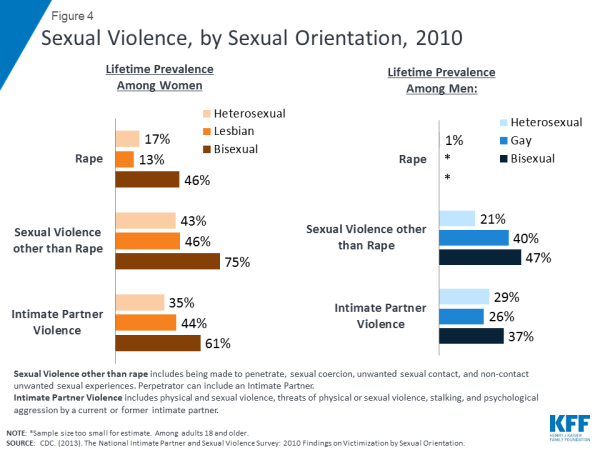 Adolescence and young adulthood are often times when individuals begin to identify as LGBT and in fact high school students identify as LGB at higher rates than do adults in any age group.44,45 As mentioned above, the YRBS recently found that 89% of high school students identify as heterosexual, 2% as gay or lesbian, 6.0% bisexual, and 3% reported that they were unsure of their sexual identity.46 While these times can be challenging for many individuals, they are often especially so for LGBT youth. Despite growing societal acceptance and understanding, some young people still suffer discrimination at the hands of their family and friends and in their schools and communities, experiences which can lead to serious challenges, such as housing problems, that affect health. There is growing awareness about bullying and violence affecting LGBT youth, including dating and sexual violence. These include efforts to promote greater attention to fostering inclusive school climates, teaching youth about online safety, establishment of reporting processes in schools and communities when violence or bullying occur, and referring young people for professional mental and behavioral health services when needed. In addition, LGB high school students report engaging in some higher risk taking activities than do their heterosexual peers including with respect to actives such as drug, alcohol use and sexual behavior.47 Key statistics include the following:

Research has shown that LGBT populations have different patterns of health coverage and utilization of services and has begun to document gaps within the delivery system in meeting the needs of the LGBT population. 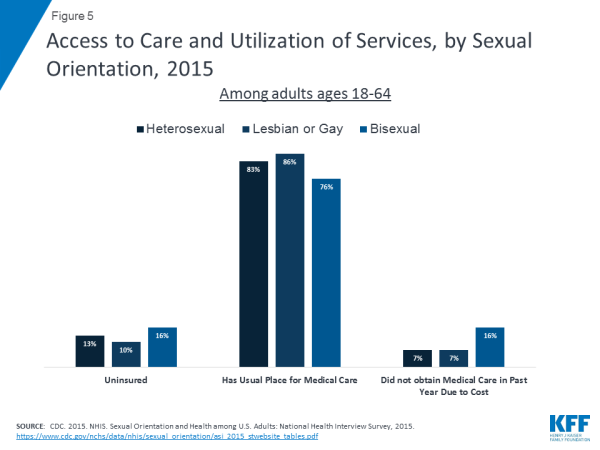 Figure 5: Access to Care and Utilization of Services, by Sexual Orientation, 2015 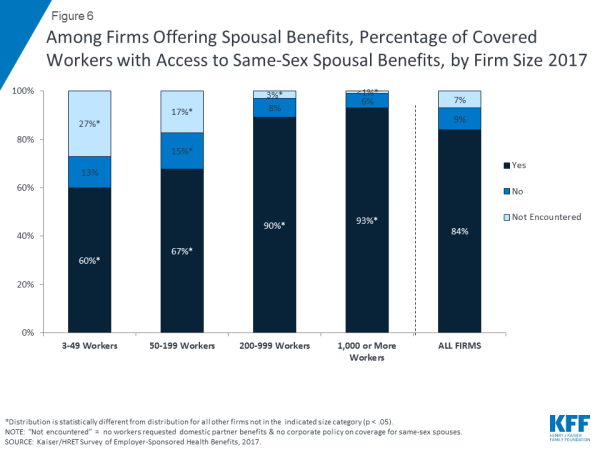