One area of growing need due to the COVID-19 pandemic is access to food. Many people are facing increased challenges accessing food as they lose jobs and income, and many children have lost access to meals through schools due to their closure. Recent data from the Census Bureau indicates that 45% of adults reported their households did not always have enough of the type of food wanted during the week ending July 21; 12% reported food insufficiency, or sometimes or often not having enough food to eat, up from 9% for this group in March 2020. The majority of people reporting food insufficiency say it is due to inability to afford food, versus inability to go out to get food or lack of supply of food. At the same time, community food resources are facing higher levels of need, as 98% of food banks have reported an increase in demand, at an average increase of 63%.1 Food insufficiency is particularly high among lower-income people, with 21% of adults in households earning less than $50,000 per year reporting sometimes or often not having enough food in the past week.

As the health insurance program for over 70 million low-income children and adults, Medicaid reaches many people who may be facing food insecurity. Prior to the pandemic, the Trump administration was planning to make changes to SNAP that were expected to lead to large falloffs in enrollment among adults.2 Similarly, the federal government had enhanced program integrity efforts within Medicaid, which contributed to pre-pandemic enrollment declines among eligible individuals due to increased barriers to maintaining coverage. In response to the pandemic, however, the federal government has taken temporary actions to preserve enrollment in both programs, and some states have taken action to expand access to assistance. Given the strong association between food security and health, Medicaid can play a role in helping to connect people to food assistance during this time of growing need by building on initiatives that were in place prior to the pandemic.

This brief provides an overview of food insufficiency3 among Medicaid enrollees during to the COVID-19 pandemic, examines participation in nutrition assistance programs by Medicaid enrollees, and discusses how Medicaid can help address growing food needs among enrollees. The analysis is based on KFF analysis of 2018 National Health Interview Survey data as well as recent data from the Census Bureau’s Household Pulse Survey. 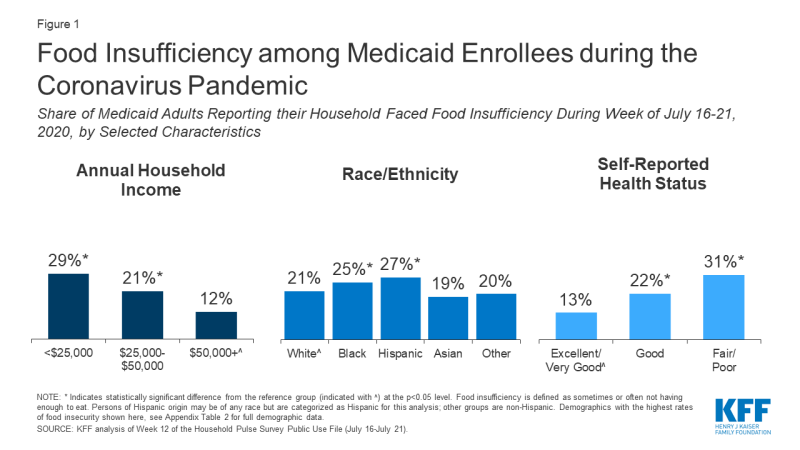 Figure 1: Food Insufficiency among Medicaid Enrollees during the Coronavirus Pandemic

Participation in nutrition assistance programs has positive impacts on nutrition, food security, health care utilization, and health outcomes. A large body of research finds that participation in federal nutrition assistance programs reduces food insecurity and is associated with improvements in health.5,6,7,8,9,10,11,12,13,14,15 The largest federal nutrition assistance programs include SNAP, WIC, and the National School Lunch and Breakfast Programs, which provide financial assistance for food or meals to individuals who meet income and other eligibility requirements (Appendix A). Beyond these programs, state-funded organizations, community-based nonprofits, religious organizations, and charities play an important role in meeting immediate food needs, often providing assistance through food banks and food pantries.16,17,18 Research further shows that participation in Medicaid and Medicaid expansion are associated with increased food security.19,20

There is significant overlap in eligibility requirements for Medicaid and federal nutrition assistance programs. For example, the minimum income eligibility limit for Medicaid is 138% FPL ($16,588 for one individual in 2020) for children, pregnant women, and parents and other adults in states that have implemented the ACA Medicaid expansion to adults, and most states have higher income limits for pregnant women and children (Appendix A). The income eligibility limit for SNAP is 130% FPL gross monthly income and 100% FPL net monthly income, though definitions of income and household composition rules differ somewhat between SNAP and Medicaid. Similarly, for WIC, states can set gross income limits between 100% and 185% FPL for pregnant and postpartum women, infants, and young children whom a health professional has identified as being at nutrition risk. 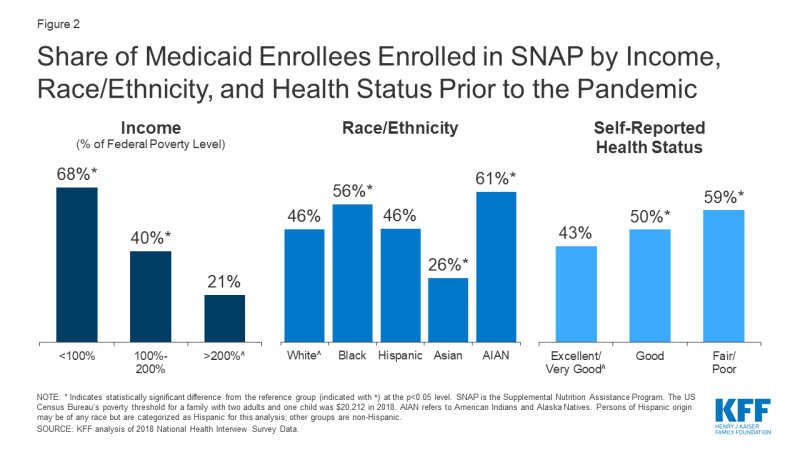 Figure 2: Share of Medicaid Enrollees Enrolled in SNAP by Income, Race/Ethnicity, and Health Status Prior to the Pandemic

Recent data show limited use of informal food support systems among Medicaid enrollees facing food insufficiency. In the week ending July 21, few (24%) Medicaid adults who faced food insufficiency reported their households received free groceries or meals, with those who did report doing so saying they were most likely to get help through a food pantry or bank (14%) or through schools or other programs aimed at children (11%) (respondents could name more than one source). In mid-July 2020, half (50%) of Medicaid adults reporting food insufficiency said they were not at all confident their household would be able to afford the kinds of foods they need over the next month.

In response to the pandemic, the federal government has taken action to preserve enrollment in nutrition assistance programs and has increased funding for food assistance, while some states have adopted options to increase access to food assistance. Prior to the pandemic, the Trump administration was planning changes to SNAP that were expected to lead to large falloffs in enrollment among adults.22 A court injunction temporarily suspended implementation of the new rules, which were scheduled to go into effect on April 1, 2020. In addition, the Families First Coronavirus Response Act of 2020 temporarily and partially suspends the time limit on SNAP benefits for recipients who are not working and provides an additional $500 million for WIC. The subsequent Coronavirus Aid, Relief, and Economic Security (CARES) Act appropriates a total of $15.8 billion for SNAP and $8.8 billion for school meals through September 30, 2021. In addition, many states have taken up options to expand access to food assistance, such as by providing emergency supplemental benefits,23 piloting online use of SNAP benefits,24 providing electronic SNAP benefits equivalent to the value of free breakfast and lunch while schools are closed,25 and serving meals for pick up at school sites or delivering them to students’ homes.26

Research shows a strong connection between food security and health, leading some Medicaid programs or health plans to focus on this issue. People with food insecurity are more likely to report poor health and to have multiple chronic conditions.27,28,29,30 There is a particularly well-established association between food security and health for children. Children in food-insecure households are more likely to suffer from conditions such as birth defects, anemia, cognitive difficulties, asthma, and behavioral problems.31,32 Early exposure to food insecurity is also linked to long-term negative health outcomes for children.33 Furthermore, food insecurity is associated with higher rates of health care utilization and health care costs, including increased rates of physician encounters and office visits, emergency department visits, hospitalizations, and prescription drug expenditures.34

In addition to eligibility and enrollment efforts, Medicaid programs are connecting enrollees with food resources more directly. Prior to the pandemic, initiatives within Medicaid were being developed to screen enrollees for food needs and refer them to community-based organizations (CBOs) and other local food resources. In recent pre-pandemic surveys, about half of state Medicaid agencies reported non-managed care initiatives to screen and refer patients for social needs, while 91% of managed care organizations (MCOs) reported working with CBOs to link members to needed social services. While Medicaid generally cannot pay directly for food costs, some states have waivers that allow them to provide direct meal assistance to target populations and/or provide support for enrollees’ non-medical health needs.38 In addition, some MCOs provide direct food assistance using limited financial flexibilities provided in Medicaid or with their own resources.39 States may be able to build on such approaches as part of their pandemic response efforts to address residents’ growing health, social, and economic needs.

As the United States grapples with the widespread impacts of the global COVID-19 pandemic, Americans face health threats not only from the virus but also from economic impacts that may lead to growing levels of food insecurity. Reflecting the strong association between food security and health, disruptions to food access that arise from job loss, school closures, and rising food prices may have negative impacts on health and children’s health outcomes in particular. Food insecurity was already more prevalent among Medicaid enrollees than the general population prior to the pandemic, primarily reflecting their lower incomes. Moreover, among Medicaid enrollees, Black and Hispanic individuals are more likely to experience food insufficiency, pointing to the importance of addressing food security as part of broader efforts to advance racial and ethnic health equity.

The federal government and states have taken actions to preserve enrollment in and expand access to food assistance. State Medicaid programs can help address growing food insecurity through outreach and enrollment efforts and by connecting enrollees to food resources by building directly on initiatives that were in place prior to the pandemic. While together these actions may help address growing food needs, some immigrants remain excluded from nutrition assistance programs and Medicaid, and current food assistance resources may not be adequate to address need. Moreover, many recent federal and state actions are temporary and tied to the public health emergency period, while the economic effects of the pandemic could last far longer than the health crisis itself.