Who is covered by different programs in California?

Understanding the profile of the population covered by different types of insurance in the state is essential to designing effective health plans to serve their needs. Historically, the adult population served by Medicaid was primarily made up of parents with very low incomes, individuals with disabilities, and pregnant women. With the expansion of Medi-Cal, the program grew to include individuals not traditionally covered by the program (such as non-disabled, non-parents), which has changed the profile of the overall program somewhat. However, given that new enrollment built off a much larger base, Medi-Cal retains many of its traditional roles of serving many individuals with substantial needs. The profile of Covered California enrollees shows that the program is playing an essential role in covering groups that have been left out of coverage expansions in the past.

Medi-Cal and Covered California enrollees are more racially diverse than the group of Californians with other private coverage. As in the past, a majority (two-thirds) of Medi-Cal enrollees identify as a person of color: 41% are Hispanic, 9% are Black, and 16% identify as Asian, Pacific Islander, American Indian, Alaskan Native, or other race. Covered California enrollees are also racially diverse, with 60% identifying as a race/ethnicity other than white, 37% of whom are Hispanic. In contrast, about half of adults with other private coverage in the state are White, non-Hispanic. This diversity indicates the need for these programs to design culturally-appropriate outreach and enrollment materials and to be sensitive to cultural issues in designing coverage and provider networks. It also highlights the importance of these programs for addressing long-standing disparities in health coverage and access for minority populations. 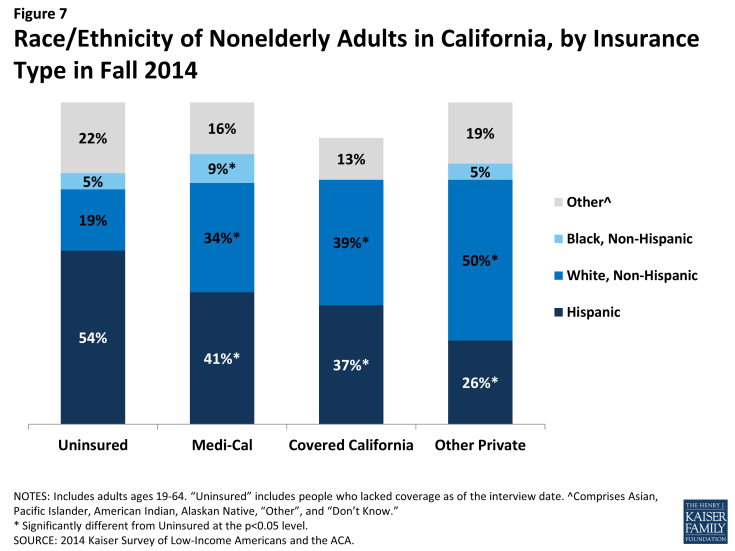 Figure 7: Race/Ethnicity of Nonelderly Adults in California, by Insurance Type in Fall 2014

Medi-Cal enrollees are more likely to be female than adults with other types of coverage. Whereas about half of adults with Covered California or other private coverage are female, nearly two-thirds (64%) of adults covered by Medi-Cal are female, a share equivalent to that in 2013.1 This difference may reflect pre-ACA eligibility restrictions for Medi-Cal, which limited adult coverage to custodial parents, pregnant women, and individuals with disabilities. 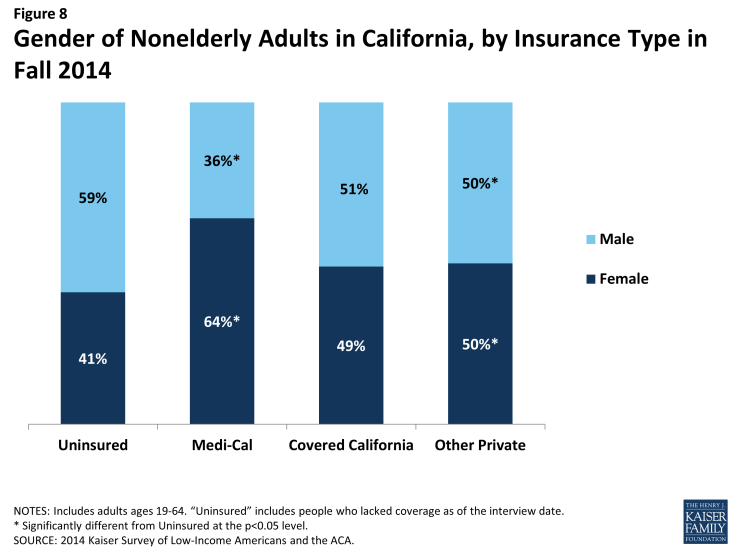 Figure 8: Gender of Nonelderly Adults in California, by Insurance Type in Fall 2014

The adult Medi-Cal population is younger than that of other coverage groups, particularly Covered California enrollees. Forty percent of adult Medi-Cal enrollees are under age 34, compared to about a third of adults in Covered California or with other private coverage. Since 2013, the share of adults covered by Medi-Cal who are under age 34 has increased.2 This pattern may reflect income, since younger adults have looser ties to employment and thus lower incomes. Notably, more than half of adults enrolled in Covered California are over age 45, an age at which obtaining non-group coverage outside the Marketplace or without financial assistance could be difficult or costly. 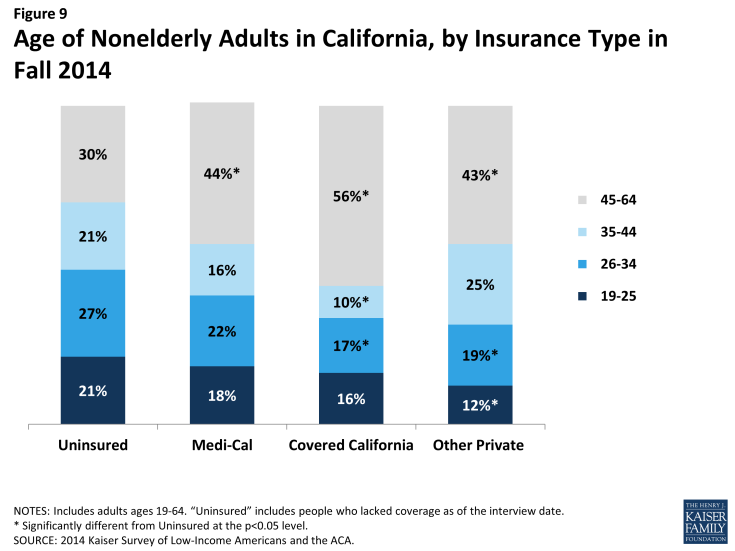 Figure 9: Age of Nonelderly Adults in California, by Insurance Type in Fall 2014

A majority of adult enrollees in both Medi-Cal and Covered California are adults without dependent children, a group that has generally been excluded from publicly-financed health coverage in the past. More than six in ten (62%) adult Medi-Cal enrollees and more than seven in ten (72%) adult Covered California enrollees do not have dependent children. In the past, adults without dependent children could only qualify for Medi-Cal if they were disabled or pregnant, though many non-parent adults gained LIHP coverage before 2014. Adults with other private coverage in 2014 were most likely to be married, perhaps reflecting the availability of family coverage in the private market. 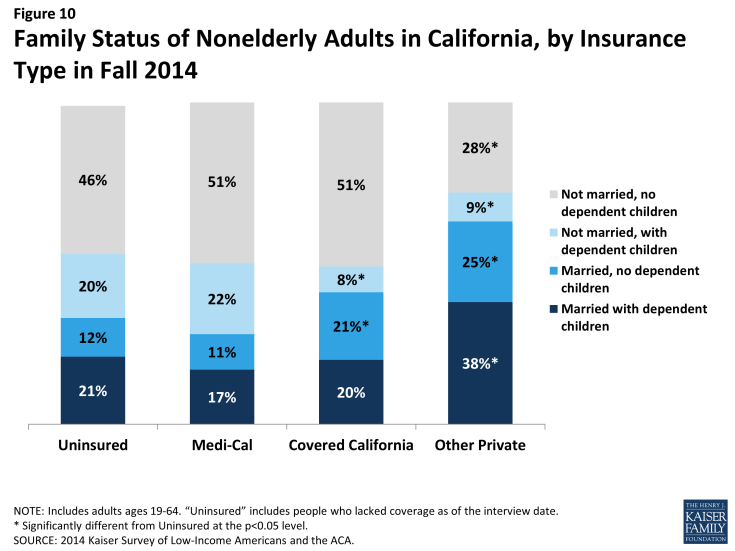 Figure 10: Family Status of Nonelderly Adults in California, by Insurance Type in Fall 2014

About half of Medi-Cal and nearly three-quarters of Covered California adults are in a working family. Because Medi-Cal is designed to reach people at the lowest end of the income spectrum, it is not surprising that a smaller share of adults covered by the program is in a working family than that for other types of coverage. About a quarter (26%) of Medi-Cal adults are either working full-time or have a spouse who works full-time, and about a fifth (19%) are working part-time or have a spouse who works part-time. Given these individuals’ low incomes, they are likely working in jobs that pay low wages, and they are unlikely to have access to coverage through their job. Notably, the share of adults with Medi-Cal coverage who are in a working family increased significantly between 2013 and 2014,3 reflecting both new eligibility pathways for working adults and the improving economy. A larger share of adults in Covered California are in a family with a full-time (49%) or part-time (23%) worker; to meet eligibility for subsidized coverage, these individuals do not have access to affordable coverage through a job. Not surprisingly, most people with other private coverage are working. 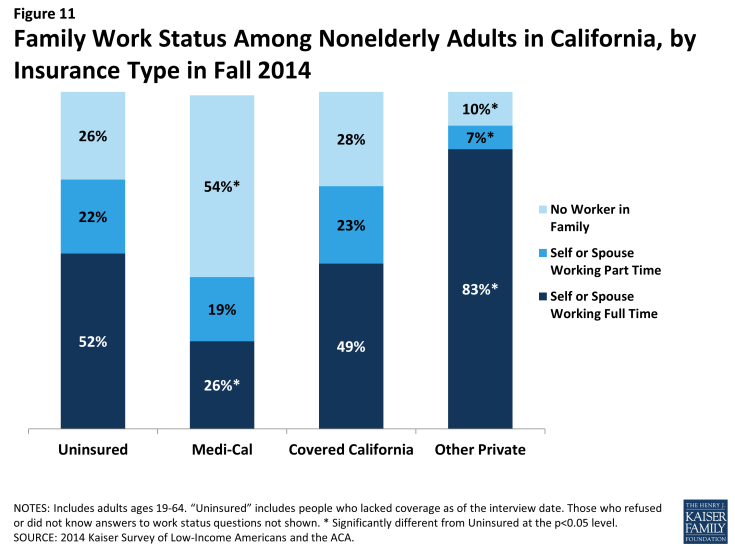 Reflecting Medi-Cal’s role in caring for people with substantial health needs, Medi-Cal enrollees have poorer health status than adults with other types of coverage. Medi-Cal beneficiaries were more likely than adults with other types of coverage to say their physical health or mental health was fair or poor; they were also more likely to have an ongoing health condition or be taking a prescription on a regular basis. As Medi-Cal’s scope has expanded under the ACA, the share who report health problems has declined significantly.4 Covered California adults were more likely to have health problems than adults with private health coverage; many of these adults were uninsured before gaining coverage and may have health problems that accumulated while they lacked coverage. 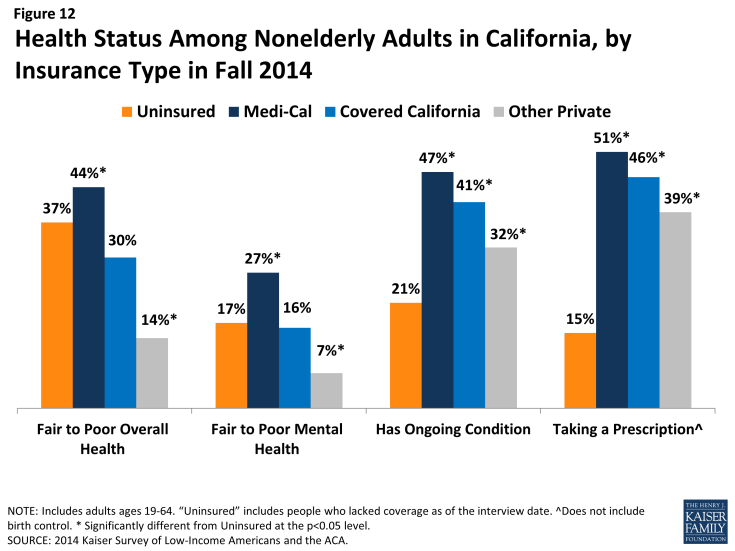 Figure 12: Health Status Among Nonelderly Adults in California, by Insurance Type in Fall 2014

Who gained coverage and who remained uninsured? What has happened to access to care for the insured and remaining uninsured?