Who gained coverage and who remained uninsured?

In many ways, the “newly insured” population (those who gained coverage in 2014 and were uninsured before gaining that coverage) and “remaining uninsured” population (those who lacked coverage in fall 2014) resemble each other. For example, they are similar with respect to income, age, and health status, and they have different characteristics from the “previously insured” population (people who had coverage before 2014 and still had it in 2014). These patterns likely reflect the characteristics of the population that has historically lacked coverage. However, the insured and uninsured populations in California differ on some important factors, such as race/ethnicity, work status, gender, immigration status, and family status. These differences are important to understanding who was left out of coverage expansions in 2014 and targeting ongoing outreach to the remaining uninsured.

More than half of the newly insured and remaining uninsured populations have family income at or below 138% of poverty, the income range for the Medicaid expansion. As was the case before 2014,1 more than half of uninsured adults (51%) have family incomes at or below 138% of poverty, or about $27,000 for a family of three. Over a third (35%) has family incomes in the range for tax credits (139 to 400% of poverty). This distribution is similar to the newly insured population, the vast majority of whom (94%) had incomes in the range for financial assistance under the ACA. In contrast, the previously insured population is significantly less likely than either the uninsured or newly insured to be low-income and significantly more likely to be higher income (greater than 400% of poverty). This pattern reflects the longstanding association between having low income and lacking insurance coverage. Provisions in the ACA aim to make coverage more affordable for low and middle-income families. 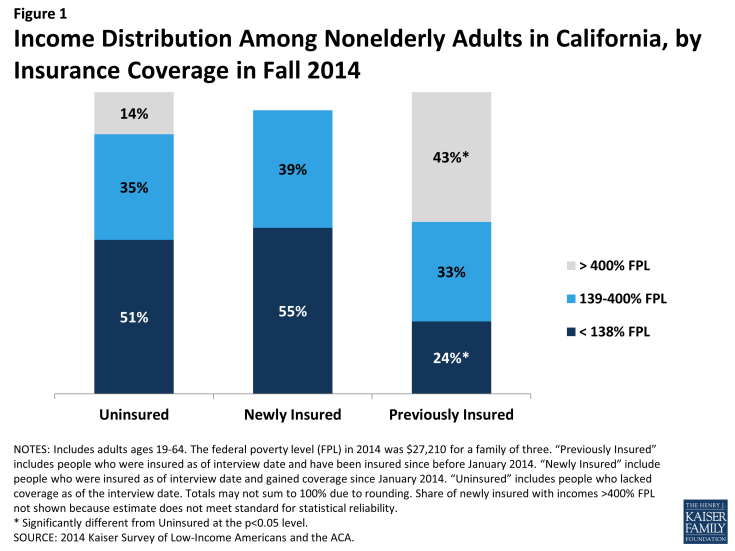 Figure 1: Income Distribution Among Nonelderly Adults in California, by Insurance Coverage in Fall 2014

A majority of both the remaining uninsured and newly insured are in a family with at least one worker. Nearly three quarters of uninsured adults are in a family in which either they or their spouse is working, a pattern that has held since before the ACA.2 More than half (52%) are in a family with a full-time worker. While there is no difference in the share of newly insured adults in a working family overall, newly insured adults are less likely than remaining uninsured adults to be in a family with a full-time worker. Those who have been insured since before 2014 are more likely to have a full-time worker and less likely to have a part-time worker in the family. These patterns reflect the historical ties between work and health insurance, since most people who had coverage before the ACA obtained that coverage through a job. With new coverage provisions in place as of 2014, there were more options for health insurance outside employment, and groups traditionally left out of the employer based system—such as part-time workers or low-wage workers—had new avenues for coverage. 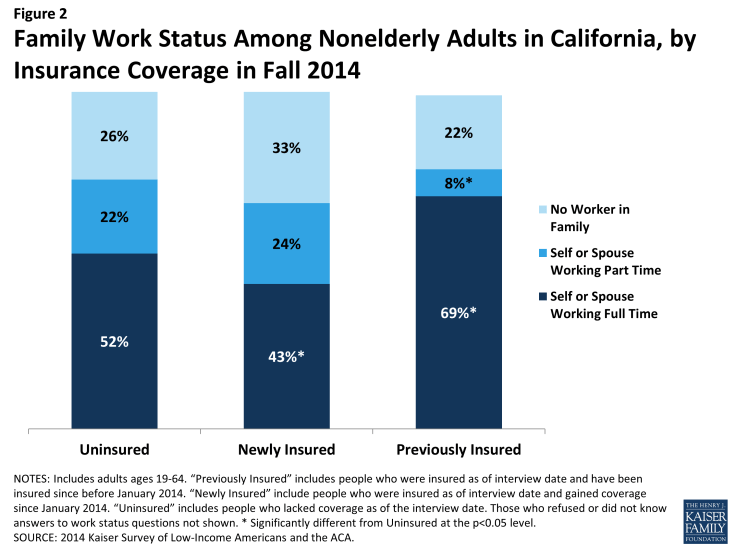 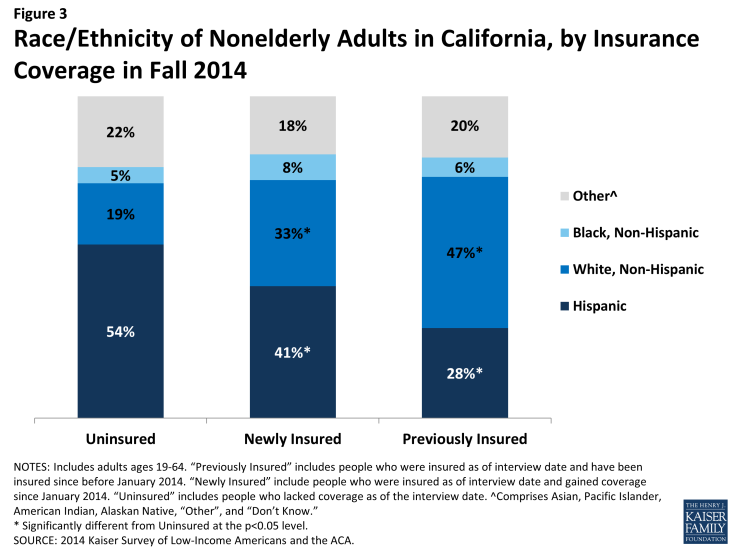 Figure 3: Race/Ethnicity of Nonelderly Adults in California, by Insurance Coverage in Fall 2014

The newly insured population is more likely to be female than their counterparts who remained without coverage. More than half (56%) of the newly insured population is female, a share significantly higher than that among the remaining uninsured (41%) but not significantly different from the previously insured. This pattern may reflect different take-up rates between men and women: Compared to 2013, the uninsured population in 2014 is more likely to be male.5 Women have historically had a lower uninsured rate than men, and the gender patterns in who gained coverage in California may reflect this historical and national pattern.6 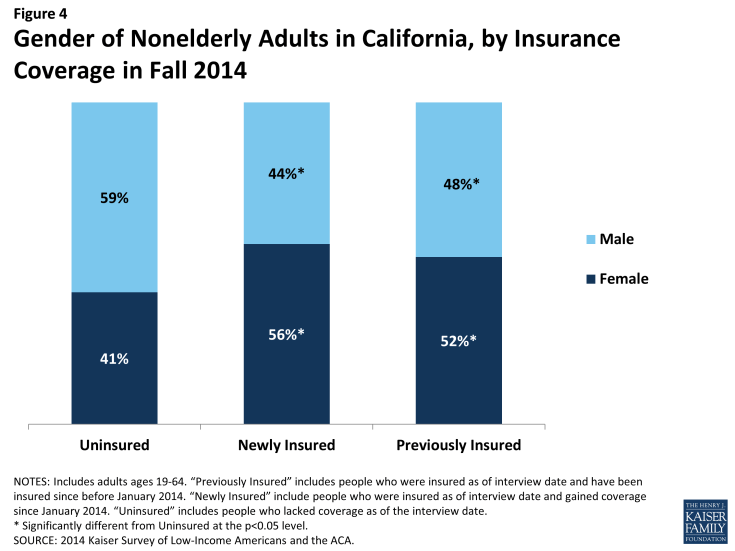 Figure 4: Gender of Nonelderly Adults in California, by Insurance Coverage in Fall 2014 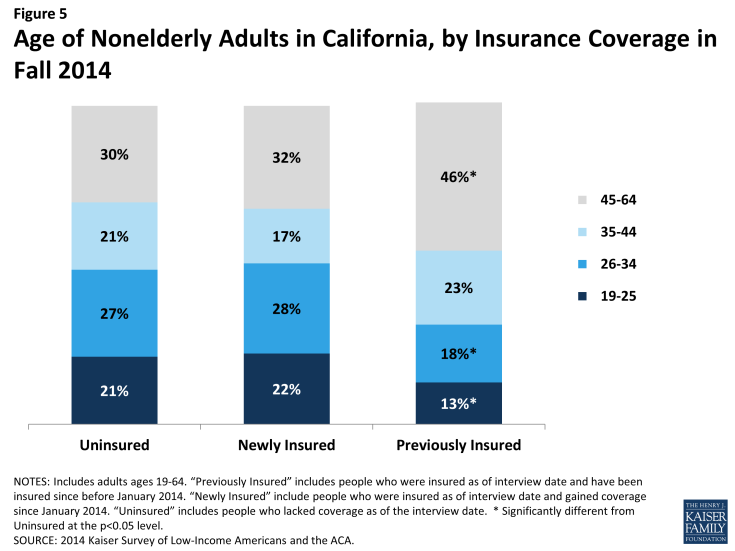 Figure 5: Age of Nonelderly Adults in California, by Insurance Coverage in Fall 2014 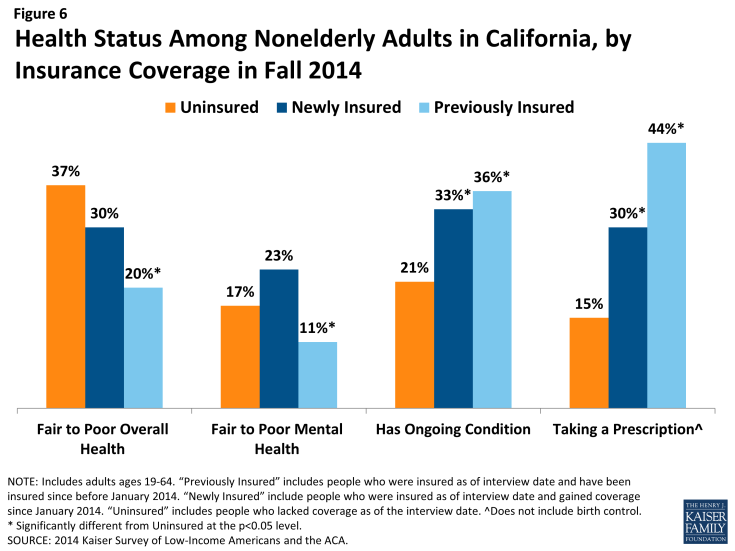 Figure 6: Health Status Among Nonelderly Adults in California, by Insurance Coverage in Fall 2014