Section 5: Assister and Broker opinions of the ACA

In addition, this year the survey asked both Assister Programs and brokers to rate the ACA overall on a scale of 1-10, with 10 signifying the law is working perfectly and 1 that it is not working at all.  Respondents were also offered a menu of possible ways to change the law and asked to select the top three changes they would recommend. 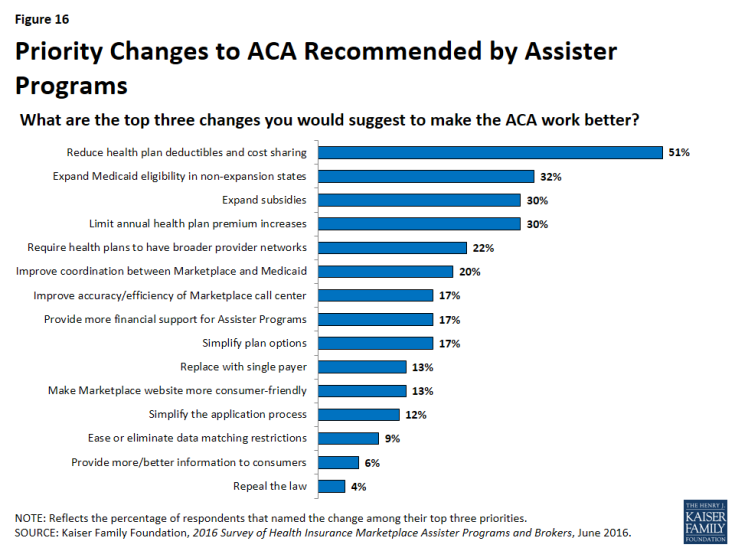 Brokers gave the ACA a rating of 4.5 out of 10, on average.  Their top priority changes were: 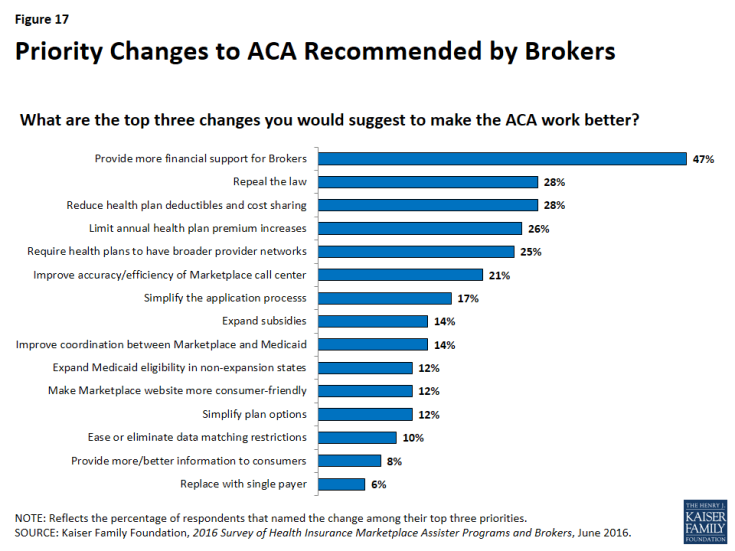