Large caseload Programs helped more people with SEPs and reporting other mid-year changes compared to small caseload Programs (Table 6).  Nationwide, we estimate Assister Programs helped at least 830,000 consumer apply for SEPs in 2015, which is a 30% increase over the amount of SEP assistance reported for 2014.  This change may be due to the fact that the first Open Enrollment extended through April of 2014, leaving fewer remaining months that year for SEP to arise.

Assister Programs also helped consumers report mid-year changes in their subsidy eligibility, though fewer people came in for this type of help.  Large caseload Programs, again, provided more of this type of help (Table 46).  Nationwide, we estimate Assister Programs helped at least 349,000 consumers report mid-year changes to the Marketplace in 2015.

Consumers sought help with premium payment and invoicing problems, claims denials, and when their health providers were not in-network.  Consumers also returned for help because they did not understand how to use their health coverage (Figure 10).  Like last year, most Assister Programs (70%) said they could help consumers successfully resolve post-enrollment problems most of the time; 25% said they succeeded just some of the time and 5% said not very often. 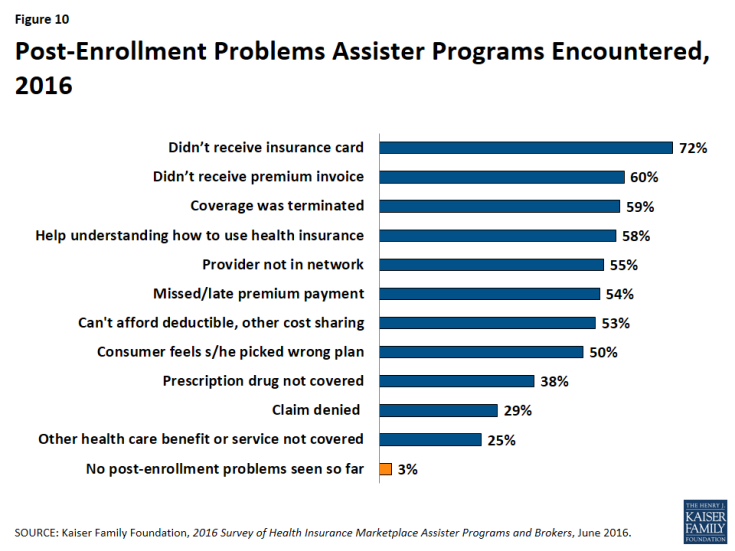 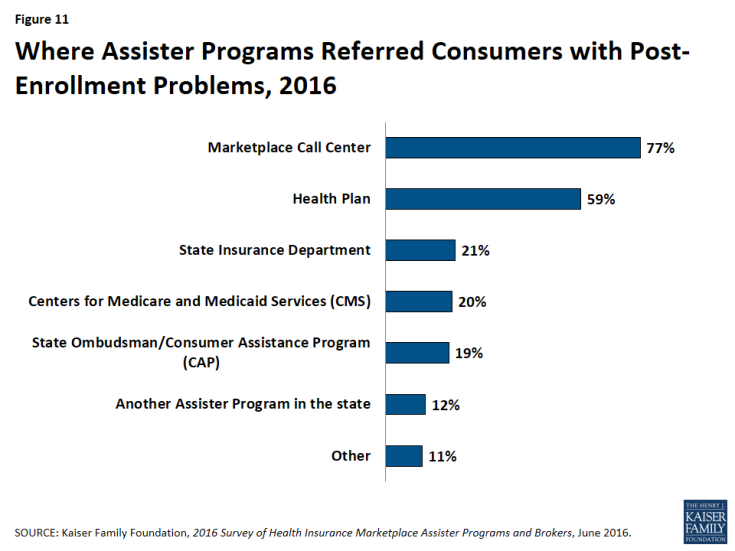