In all, more than 5,000 Marketplace Assister Programs provided outreach and enrollment help to consumers during the third Open Enrollment.  This total is based on Program data provided by all state and federal Marketplaces, and represents a 9% increase in the number of Programs operating a year ago. 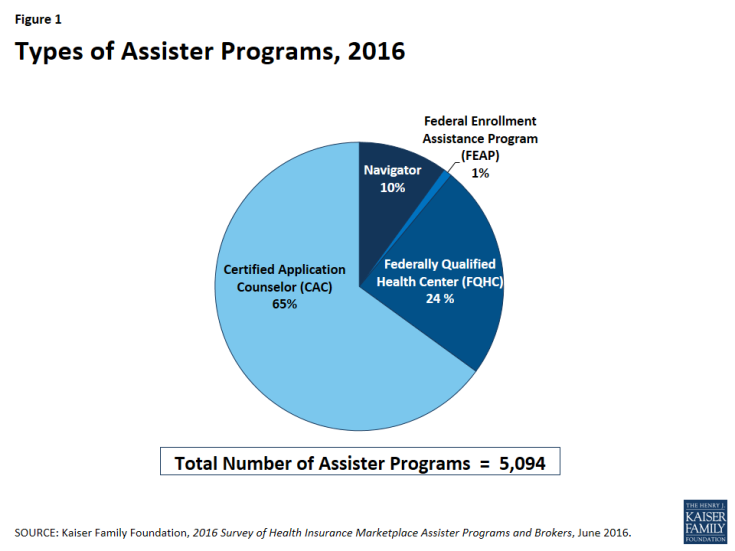 An estimated 30,400 Assisters together helped about 5.3 million people during the third Open Enrollment period.  The total number of full-time equivalent (FTE) Assisters remained the same this year, and the total number of consumers helped by Assister Programs fell by about 10% compared to last year. 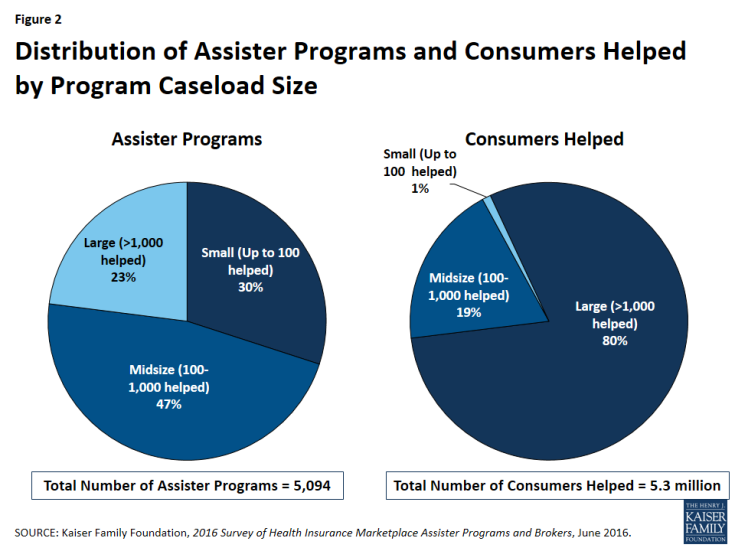 Most Assister Programs have now operated for three years.  This year 94% of Programs are returning from last year and 87% have been in operation since the first Open Enrollment.  Staff tenure is also increasing.  Nearly seven in ten three-year-old Programs report that most or all of their staff worked during all three Open Enrollments.  More experienced Programs may be more familiar with their Marketplace systems and procedures and may have developed closer ties with communities they serve (Table 1).

Navigators were more likely to receive most of their funding from the Marketplace, while FQHCs relied more heavily on grants from HRSA.  CACs were most likely to rely on re-programmed resources from their sponsoring organization or other private sector support.

Funding uncertainty continues for some Programs.  Thirty-two percent of Assister Programs are not at all certain funding will be available next year, and 35% are only somewhat certain. This finding held across all types of Assister Programs and in FFM and SBM states. Marketplaces are required by law to pay Navigators out of operating revenue, though most fund consumer assistance year by year instead of dedicating a portion of revenue for this purpose.  FQHC Programs receive ongoing funding from HRSA.  Overall about six in ten returning Programs report their budget this year is about the same as it was last year.  Twenty-eight percent say this year’s budget is less than last year and 35% say it is less than in year one.  Navigator Programs were more likely than others to report budget increases.
Executive Summary Section 2: In-Person Assistance During Open enrollment