This hub brings together key U.S. President’s Emergency Plan for AIDS Relief (PEPFAR) policy resources – from KFF, the U.S. government, and others – that can be used to inform policy discussions and research. More items will be added to the hub over time.

The Latest from kff

This dashboard monitors progress being made to address the HIV/AIDS epidemic in countries where PEPFAR operates. It includes data for 53 countries, including 13 PEPFAR high-burden countries, and tracks progress against six different indicators. 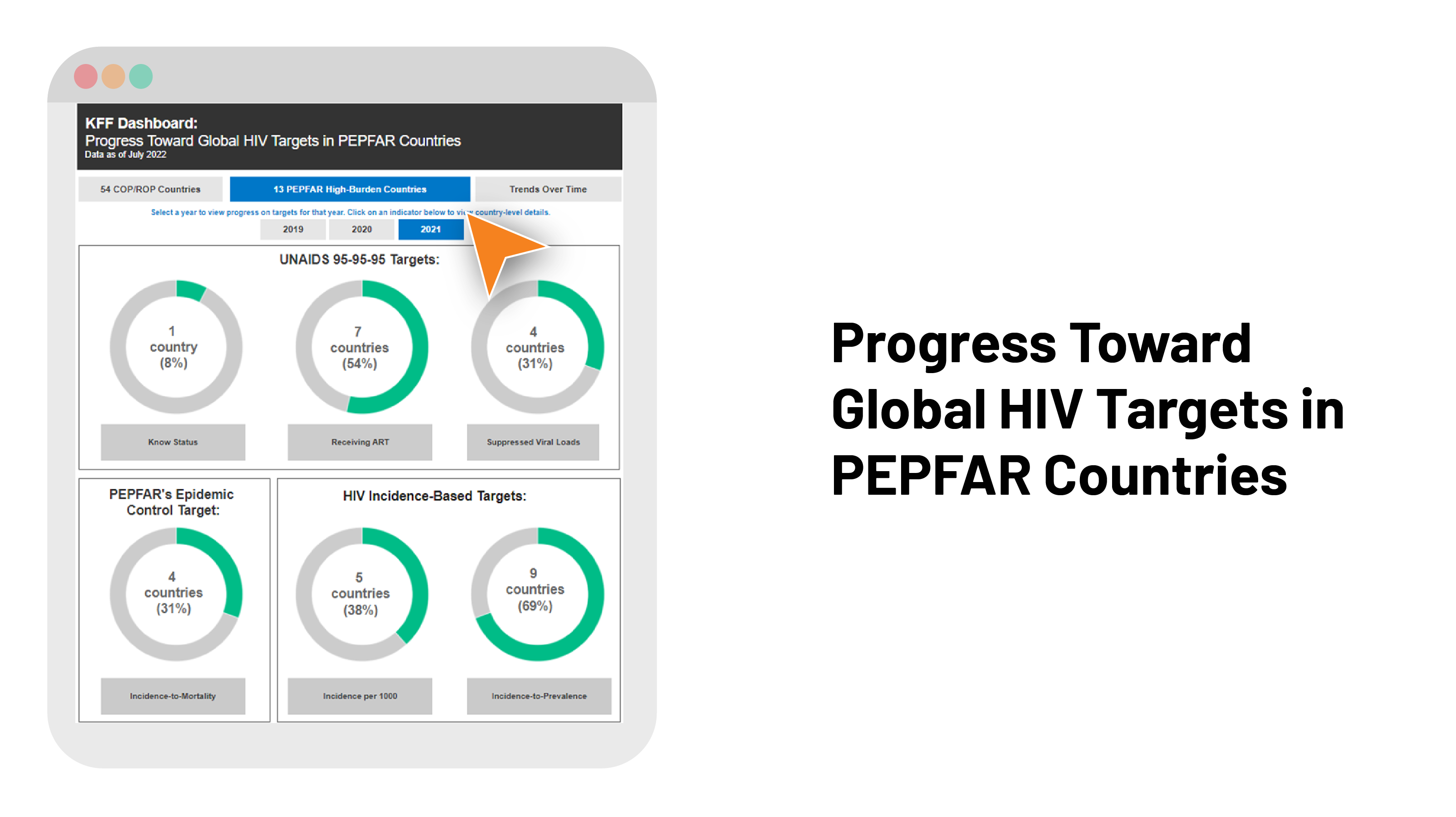