In La. and Ky. Shifts on Medicaid Expansion, a Reminder of Governors’ Power in Health Care 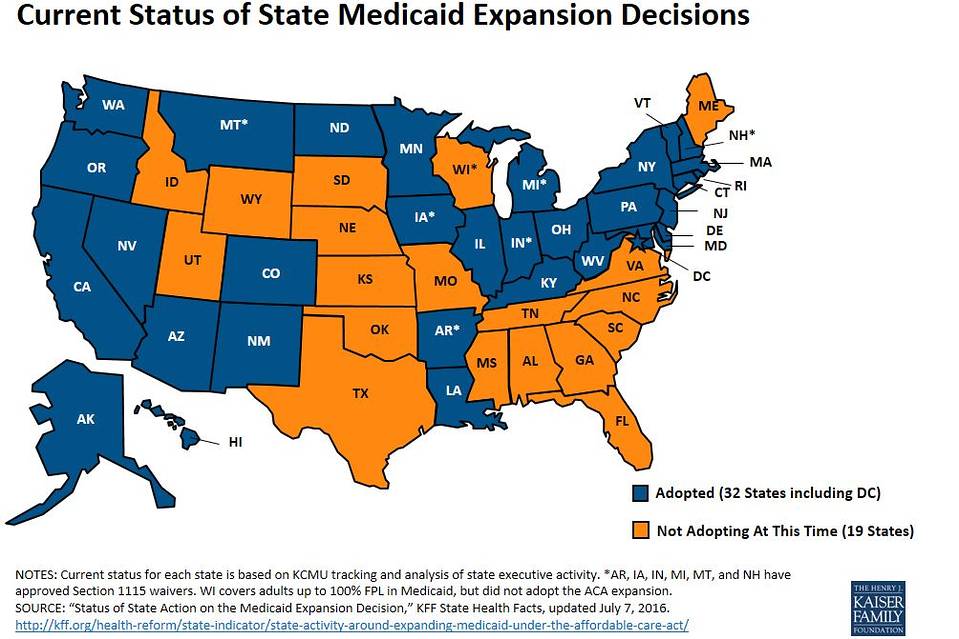 Two southern states, Louisiana and Kentucky, have reversed positions on Medicaid expansion–after electing new governors. This shift is a reminder, as the presidential contest draws so much focus, that down-ballot races also matter. When it comes to health policy, governors can make a huge difference.

In Louisiana, former Gov. Bobby Jindal was perhaps the nation’s foremost opponent of Medicaid expansion. His successor, John Bel Edwards, made expanding the program a central plank of his election campaign. Mr. Edwards implemented the expansion by executive order, arguing that expanding Medicaid under the Affordable Care Act, and the federal funds that come with doing so, would cover hundreds of thousands of uninsured residents and take a big bite out of a large state budget deficit. Other governors, too, have changed direction. Democratic Gov. Tom Wolf in Pennsylvania replaced the more conservative plan of his Republican predecessor with a conventional expansion under the ACA. In very red Alaska, the independent governor, Bill Walker, forced a Medicaid expansion on a resistant legislature.

In Kentucky, Gov. Matt Bevin was elected after loudly promising to scrap the Medicaid expansion launched by his predecessor, Steve Beshear. That expansion–along with Kentucky’s state insurance marketplace (Kynect)–is regarded by many as one of the most effective in the country. Mr. Bevin backed off his plan to scrap the Medicaid expansion but has since told the Obama administration that he would scrap the expansion unless the U.S. Department of Health and Human Services approves a waiver allowing Kentucky to institute a number of conservative policies that HHS officials may conclude are inconsistent with the Medicaid statute or potentially harmful to the health of low-income people. 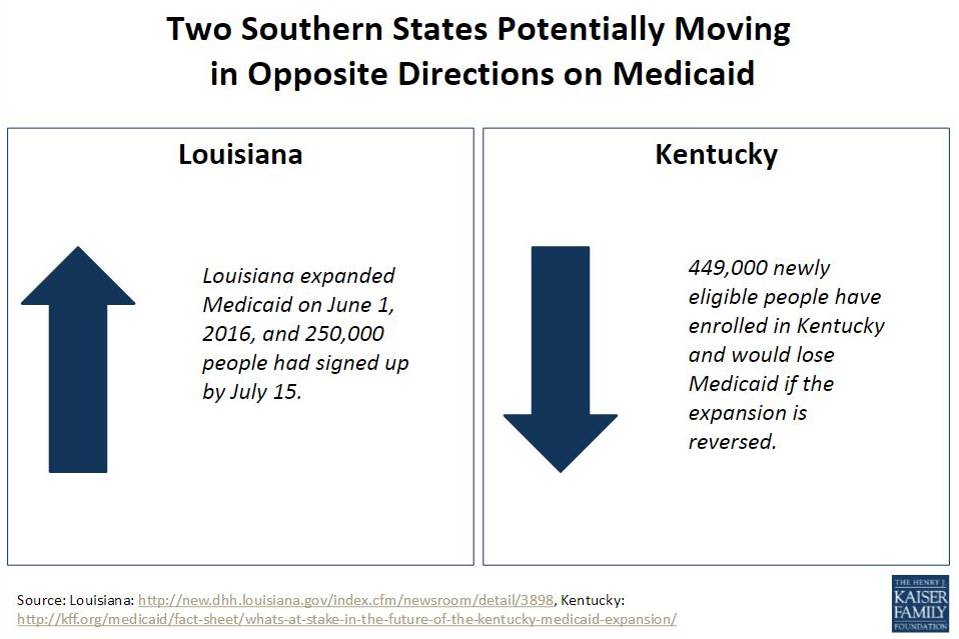 As the chart above illustrates, the contrast between Louisiana and Kentucky, two Southern states, is sharp. Louisiana rapidly enrolled 250,000 uninsured people by July 15, using a streamlined eligibility and enrollment system that, among other measures, deemed people who are eligible for the Supplemental Nutrition Assistance Program (SNAP) automatically eligible for Medicaid. In Kentucky, by contrast, if Gov. Bevin and HHS officials do not reach agreement on a waiver plan and he follows through on his threat to abandon the program expansion, 449,000 residents would  lose coverage. Some–a minority–might regain coverage through less comprehensive, more expensive plans on the state’s ACA marketplace. Mr. Bevin is channeling his opposition to the ACA into a more conservative approach to Medicaid. Depending on how HHS responds to his demands for a waiver, time will tell if this position, like his earlier campaign rhetoric, is a negotiating tactic on which he does or does not follow through.

It’s unclear how new Republican governors may feel about Medicaid expansion in 2018, well after President Barack Obama has left office, when the ACA is a more settled matter in Congress (one way or the other), and when they know that the federal government will pay 90% of the costs of the expansion over time.

Governors take on a variety of health-care issues, and many–including opioids, the Zika threat, and health-care costs–are pressing. Governors’ powers vary across the country, and they cannot always force a reluctant legislature to act. But as events in Louisiana and Kentucky are showing, there is a lot at stake in health care in down-ballot races in this and coming election cycles.