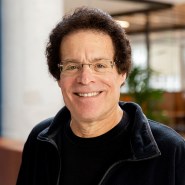 Drew Altman is President and CEO of the Henry J. Kaiser Family Foundation (known as KFF).  He is an innovator in the world of foundations and non-profits and a leading expert on national health policy who publishes and speaks widely on health issues.

He founded the current-day KFF in the early 1990’s.  He is also founding publisher of KFF’s Kaiser Health News, the largest health newsroom in the U.S., distributing coverage of health issues through major news outlets across the country.

Dr. Altman was Commissioner of the Department of Human Services for the state of New Jersey, Director of Health and Human Services at the Pew Charitable Trusts, Vice President of the Robert Wood Johnson Foundation, and served in the Carter administration.  He is a member of the National Academy of Medicine and the Council on Foreign Relations and serves on numerous advisory committees.

Dr. Altman earned his Ph.D. in political science at MIT and completed his post-doctoral work at Harvard University before moving on to public service.  He holds an honorary doctorate from the Morehouse School of Medicine.