The demographics of the LGBT+ community differ in some ways from that of their non-LGBT+ counterparts, differences that may have implications for health needs and access (Figure 1):

Family structure also differs for LGBT+ and non-LGBT+ people, differences which may have bearing on health and insurance coverage (Figure 2).

Data on the health status of the LGBT+ community reveals some of the disparities that exist for this group compared to their non-LGBT+ peers (Figure 3).

Many LGBT+ people are managing chronic conditions or living with disabilities that impact daily life, in some cases more so than among non-LGBT+ people (Table 1).

Sites of Care and Providers

LGBT+ people are as likely to have a usual source of care and report using similar sites of care as their non-LGBT+ counterparts, factors that are associated with increased use of preventive care and better health outcomes (Figure 4). 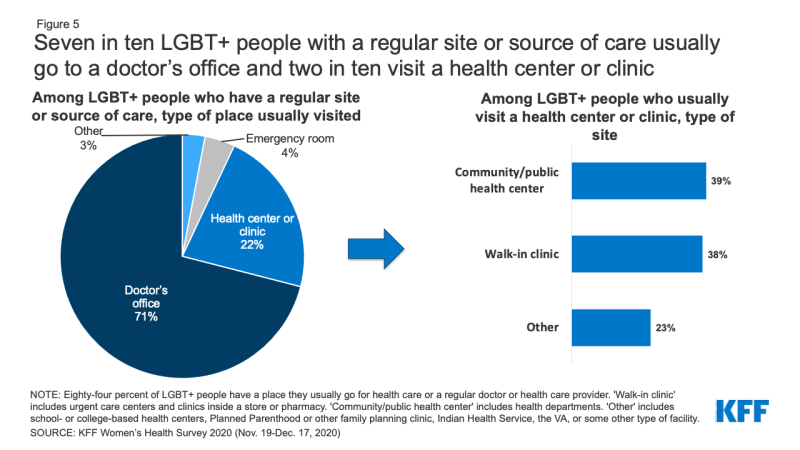 Figure 5: Seven in ten LGBT+ people with a regular site or source of care usually go to a doctor’s office and two in ten visit a health center or clinic

LGBT+ people report having problems with health care costs at higher rates than non-LGBT+ people, including those related to medical bills and other insurance costs, potentially reflecting both lower incomes and higher health needs.

Medical bills have consequences on LGBT+ people’s financial well-being, including their ability to afford basic necessities, similar to experiences among non-LGBT+ people (Figure 11).

Even with health insurance, some LGBT+ people experience barriers or problems accessing or paying for health care (Figure 12).

In addition to asking about experiences with and barriers related to accessing health care, we explored LGBT+ people’s use of primary care services, including prescription drugs, wellness check-ups, and preventive cancer screenings. Utilization rates among LGBT+ and non-LGBT+ people vary considerably by service type

Regular provider visits give people an opportunity to address new, chronic, and emerging health issues, access preventive screenings, and discuss a broad range of issues with a clinician.

Use of preventive cancer screenings can lead to early identification of conditions when they are more responsive to medical interventions and potentially avert serious complications (Figure 14).

The COVID-19 pandemic has impacted people’s lives across the country. In some cases, LGBT+ people have had similar COVID-related experiences to non-LGBT+ people, but in other situations, they faced more challenging circumstances. 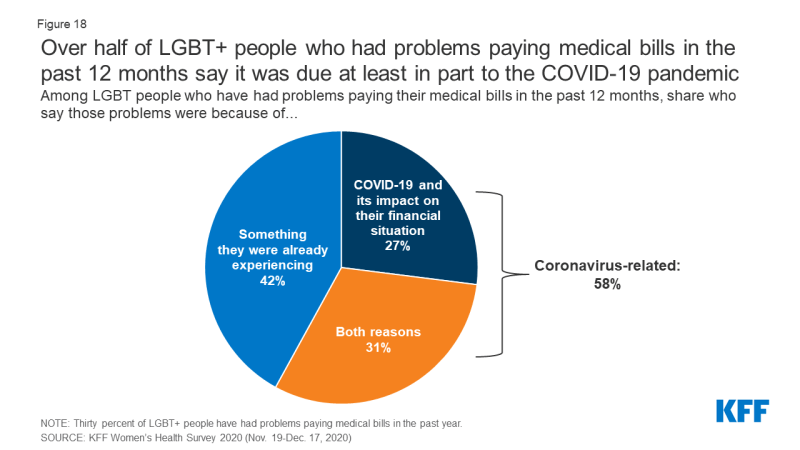 Figure 18: Over half of LGBT+ people who had problems paying medical bills in the past 12 months say it was due at least in part to the COVID-19 pandemic

The survey also asked how people knew they had been tested for STIs and HIV (Figure 19). 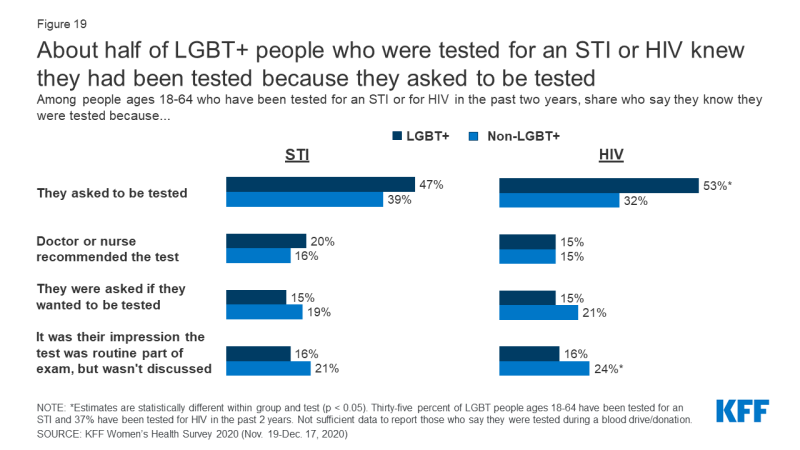 Figure 19: About half of LGBT+ people who were tested for an STI or HIV knew they had been tested because they asked to be tested

LGBT+ people more commonly report talking with a provider about a range of sexual health and relationship issues than non-LGBT+ people, counseling that, for most insured people, is required to be covered without cost-sharing (Figure 20).

Gynecological exams typically include cervical and breast cancer screening, education, and counseling and in some cases, LGBT+ women report lower rates of accessing this care (Figure 21). We did not assess service utilization based on sex assigned at birth/biological need for services. As such, transgender men, and others who could benefit from reproductive care, may have been excluded from these findings drawn from a base of respondents who identified as female.

People use contraception for a range of reasons and sometimes for more than one reason at a time (Figure 22).

Most women say that they know someone who has had an abortion. This is higher among LGBT+ women (68%) than non-LGBT+ women (59%). Nearly two-thirds of LGBT+ women (64%) say they have heard of a medication abortion (a pregnancy termination protocol used up to the first 10 weeks of pregnancy that involves taking two different drugs, mifepristone and misoprostol), higher than the share of non-LGBT+ women (55%) (Figure 24).

This brief aims to add to the evolving body of work on the health of LGBT+ communities. We find that while in many cases LGBT+ people have similar health and health care experiences to non-LGBT+ people, there are some notable differences, particularly with respect to some poorer health outcomes and negative provider experiences, as well as lower utilization of care in some cases and a higher burden of medical bills. LGBT+ people have also experienced certain COVID-era challenges at higher rates.

While data collection on LGBT+ people is improving, particularly at the federal level, it is still not standard, and as such, knowledge gaps remain, including with respect to health status, health needs, and health care access. Lack of research in this area limits the ability of those in both policy and health care sectors to address health needs and disparities within the population. Given LGBT+ people’s common experiences with stigma, discrimination, and violence in a range of environments (e.g., home, work, school, health care, etc.) and the evolving legal protections based on sexual orientation and gender identity, collecting this data is especially important in furthering goals of equity and access.