The Blue Wall Voices Project examines voters in Pennsylvania, a state that President Trump won by less than one percentage point (approximately 44,000 votes) over Democratic candidate Hillary Clinton in 2016. This poll finds that health care is among the top issues for voters more than one year out from the general election and examines enthusiasm and vote choice leading up to the 2020 presidential election. 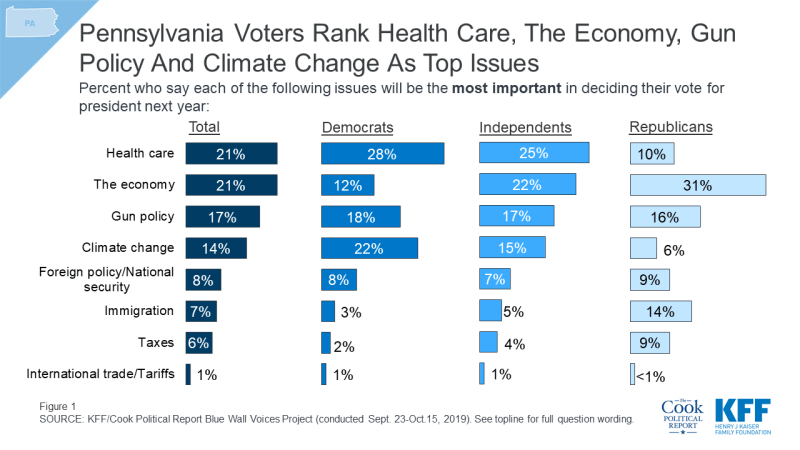 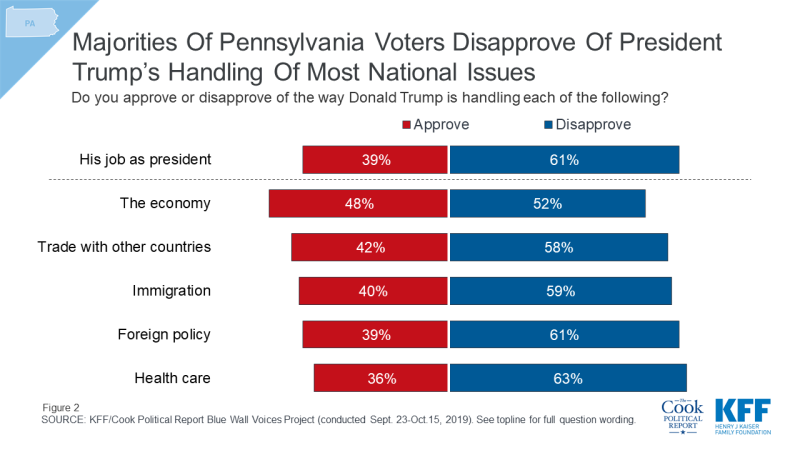 While Medicare-for-all has dominated most of the health care discussions on the 2020 Democratic campaign trail, it ranks low among the priorities that the public has for Congress next year. One-fourth (26%) of Pennsylvania voters say implementing a national Medicare-for-all plan is a “top priority” for Congress compared to nearly seven in ten who say the same about lowering prescription drug costs for as many Americans as possible (68%) as well as maintaining the Affordable Care Act’s protections for people with pre-existing medical conditions (68%). Implementing a national Medicare-for-all plan is not even a top priority among Democratic voters (36%). 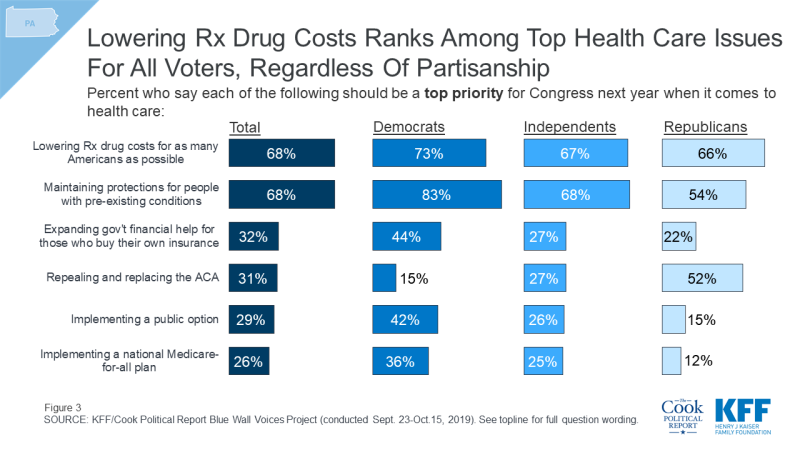 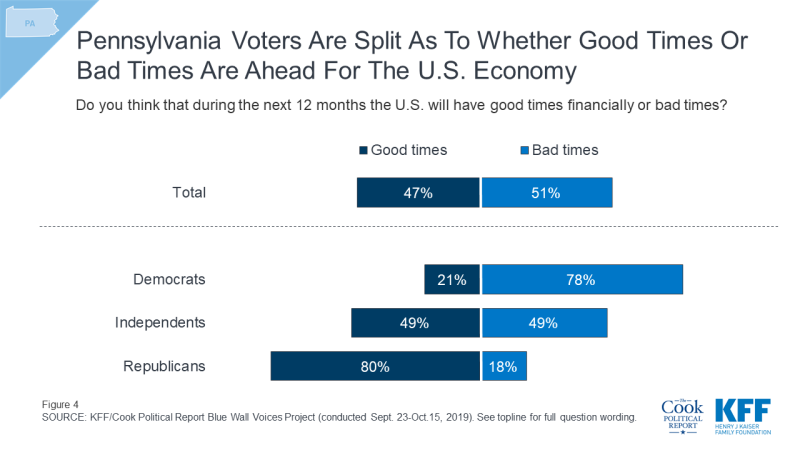 Figure 4: Pennsylvania Voters Are Split As To Whether Good Times Or Bad Times Are Ahead For The U.S. Economy

The Democratic Primary in Pennsylvania and Preview of the General Election

Two-thirds of Democratic voters say they are more motivated to vote in next year’s 2020 presidential election than they were in 2016 compared to slightly more than half of independent voters (54%) and Republican voters (54%). This is similar to the overall Blue Wall findings, which finds the Democratic Party has a slight enthusiasm edge over their Republican counterparts. 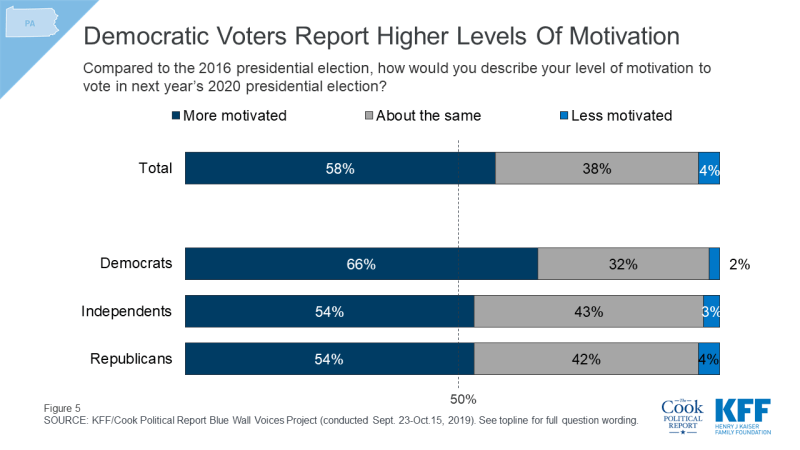 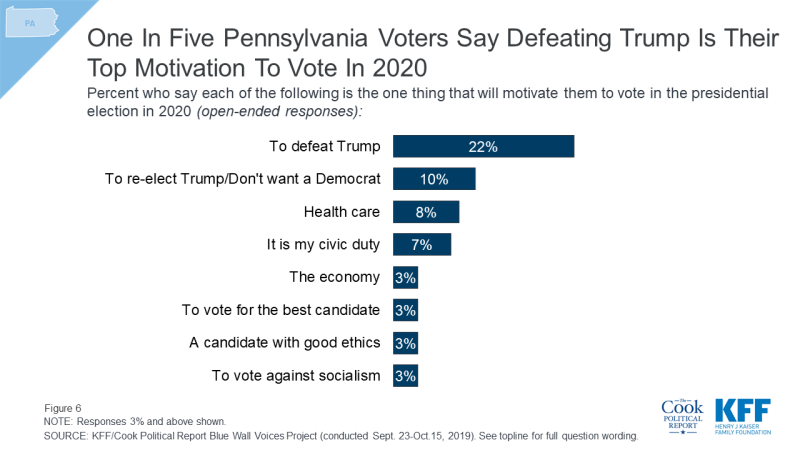 Figure 6: One In Five Pennsylvania Voters Say Defeating Trump Is Their Top Motivation To Vote In 2020 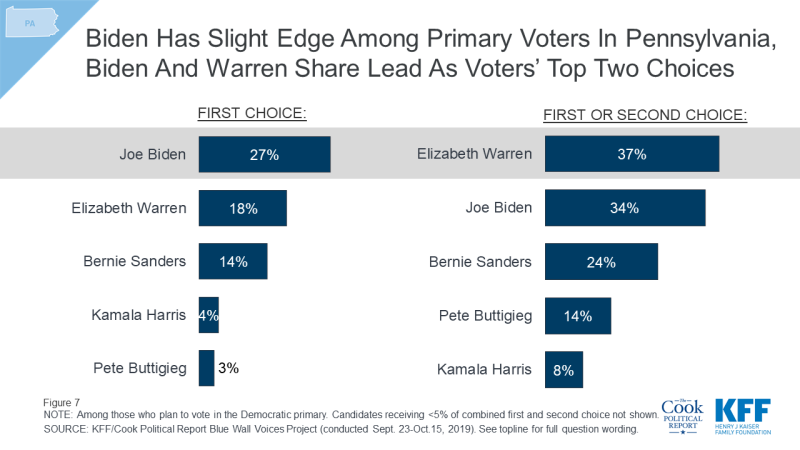 Nearly four in ten (39%) Pennsylvania voters are still either undecided (22%) about their 2020 vote choice, or say they are “probably” voting for either President Trump (10%) or the Democratic nominee (7%) but have not made up their minds yet. This is compared to one-third of voters who say they are “definitely voting” for the Democratic nominee and one-fourth who are “definitely voting” for President Trump (23%). 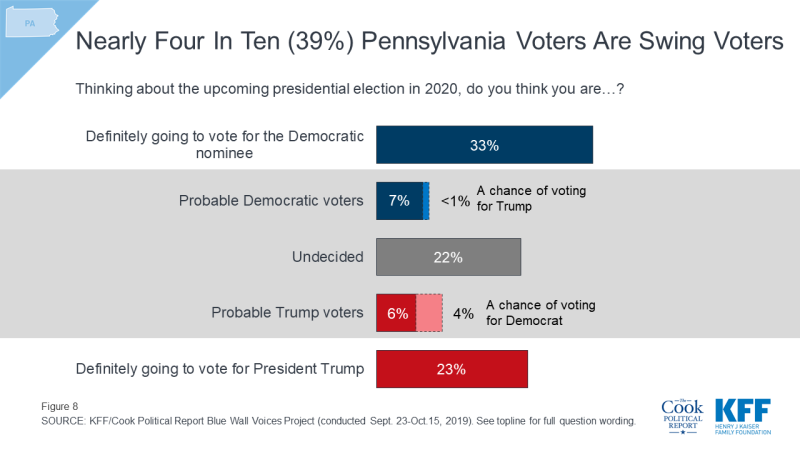 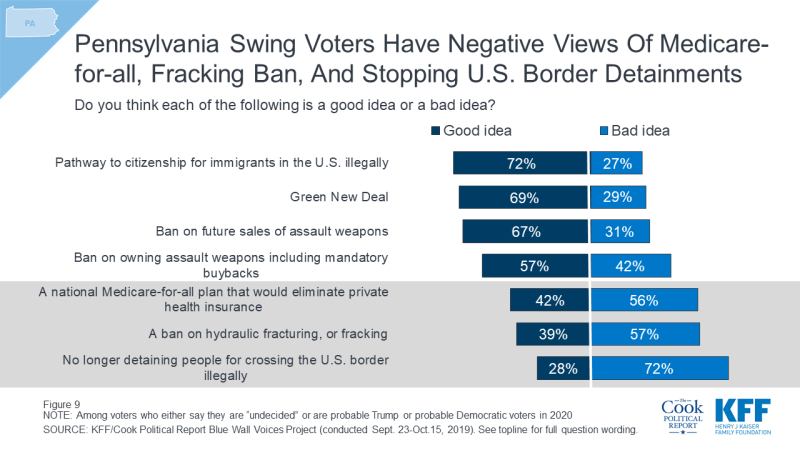