Democratic Voters and the 2020 Democratic Primary 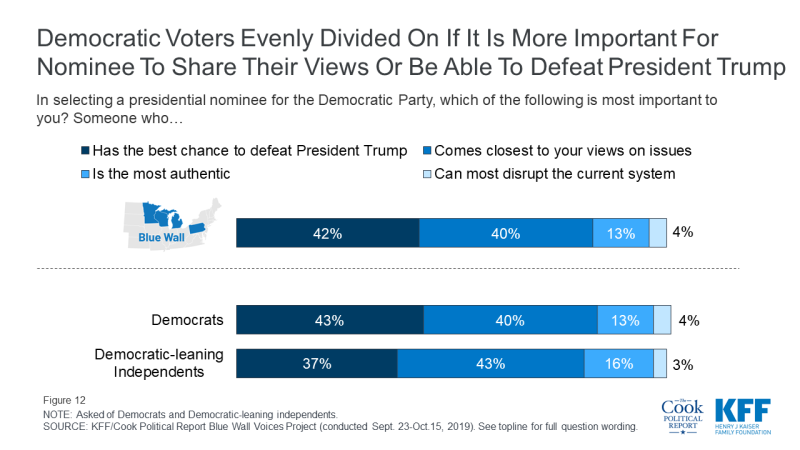 Figure 12: Democratic Voters Evenly Divided On If It Is More Important For Nominee To Share Their Views Or Be Able To Defeat President Trump

A larger share of Democratic and Democratic-leaning independent voters in Minnesota say it is more important that the eventual nominee be able to defeat President Trump (48%) than come closest to their views on the issues (33%). 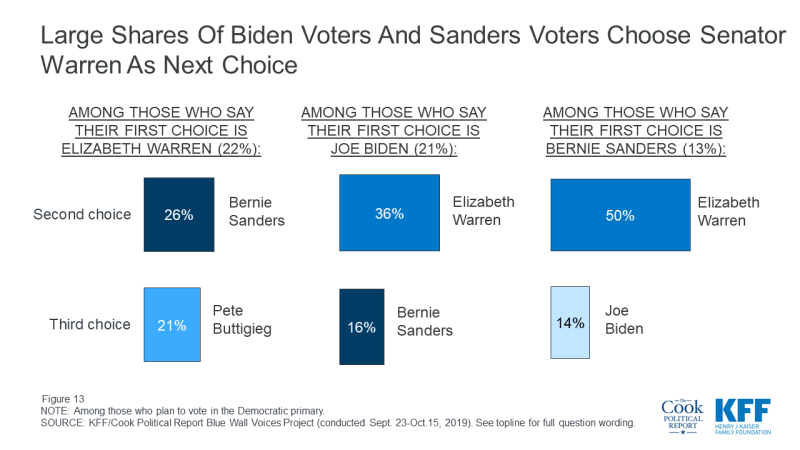 The Blue Wall Voices Project also seeks to find out how voters view many of the progressive positions being discussed by some of the Democratic nominees for president. Overall, a majority of voters in the Blue Wall who say they are either “definitely” or “probably” going to vote for the Democratic nominee view the progressive platforms asked about in this survey as “good ideas.” This includes majorities of these self-reported likely 2020 Democratic voters in each of the four states.

Nine in ten self-reported 2020 Democratic voters (92%) say the Green New Deal, the plan to address climate change through new regulations and increases in government spending on green jobs and energy-efficient infrastructure is a “good idea.” This is closely followed by large majorities who say a pathway to citizenship for immigrants in the U.S. illegally (91%), a ban on the future sale of assault weapons (88%), and a ban on the ownership of assault weapons and military-style rifles like the AR-15 including a mandatory buyback program for current owners (83%) are “good ideas.” Fewer, but still a majority (62%), say a national health plan in which all Americans would get their health coverage through a single government plan, Medicare-for-all, is a “good idea.” Slightly more than half of self-reported 2020 Democratic voters say stopping U.S. detainments for people crossing the border illegally or a ban on fracking are “good ideas” (56% and 54%, respectively). These three issues rank at the bottom of progressive platforms for self-reported 2020 Democratic voters in each of the four states. 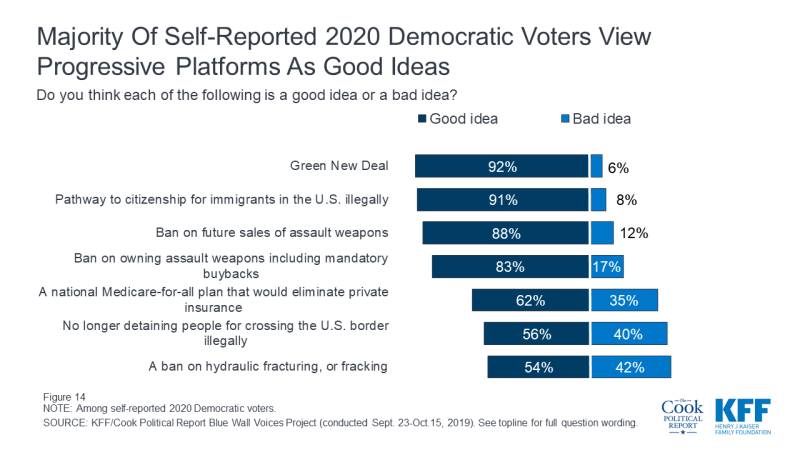 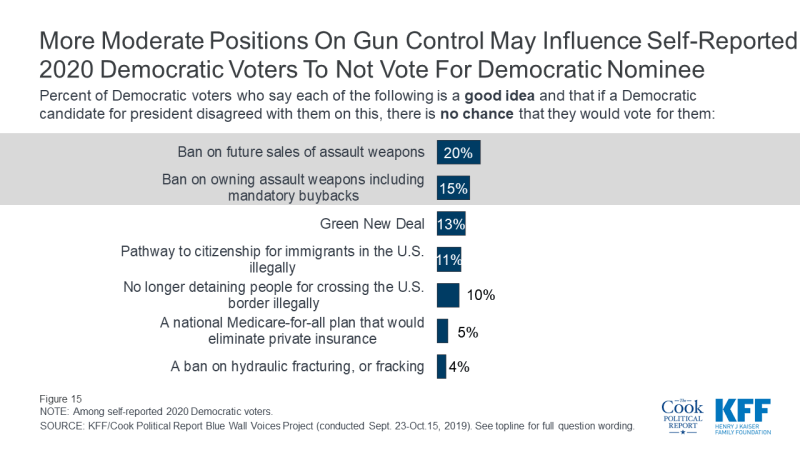 Few self-reported 2020 Democratic voters view any of the progressive ideas as deal breakers with less than 10% of Democratic voters saying the platforms are “bad ideas” and if a Democratic candidate disagreed with them on this, there is no chance they would vote for them. 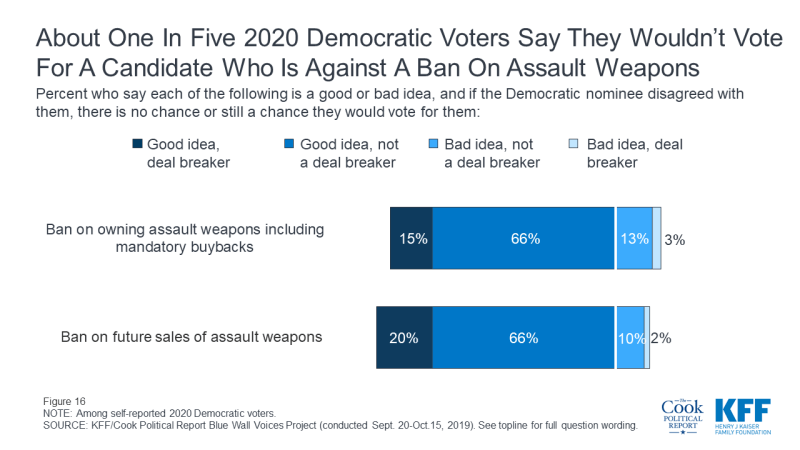 Figure 16: About One In Five 2020 Democratic Voters Say They Wouldn’t Vote For A Candidate Who Is Against A Ban On Assault Weapons

Majorities of swing voters, a crucial voting block in 2020, view a pathway to citizenship for immigrants in this country illegally (70%), the Green New Deal (67%), a ban on the future sale of assault weapons (66%), and a ban on the ownership of assault weapons including a mandatory buyback program (54%) as good ideas. Yet, many of these voters see three progressive platforms as “bad ideas.” Majorities of these voters view a ban on fracking (54%), a national Medicare-for-all plan (62%), and stopping border detainments of people coming into the country illegally (71%) as bad ideas. 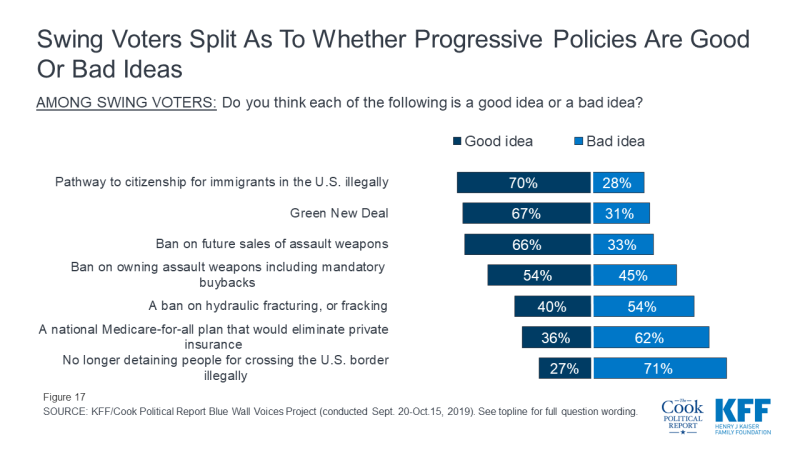 Figure 17: Swing Voters Split As To Whether Progressive Policies Are Good Or Bad Ideas

Republican Voters and President Trump How National Issues May Influence 2020