Since the 1970s, Medicare beneficiaries have had the option to receive their Medicare benefits through private health plans, such as HMOs and PPOs, as an alternative to the federally administered traditional Medicare program. Now called Medicare Advantage plans, these private health plans receive capitated payments to provide all Medicare-covered services to plan enrollees.  Medicare payments to plans for Medicare Part A and Part B services are projected to total $250 billion in 2019, accounting for 33% of total Medicare spending.  Over the past decades, Medicare payment policy for plans has shifted from one that produced savings to one that focused more on expanding access to private plans and providing extra benefits to Medicare private plan enrollees across the country.  These policy changes have resulted in more plans offered by more insurers, and enrollment in Medicare Advantage has increased nationwide. 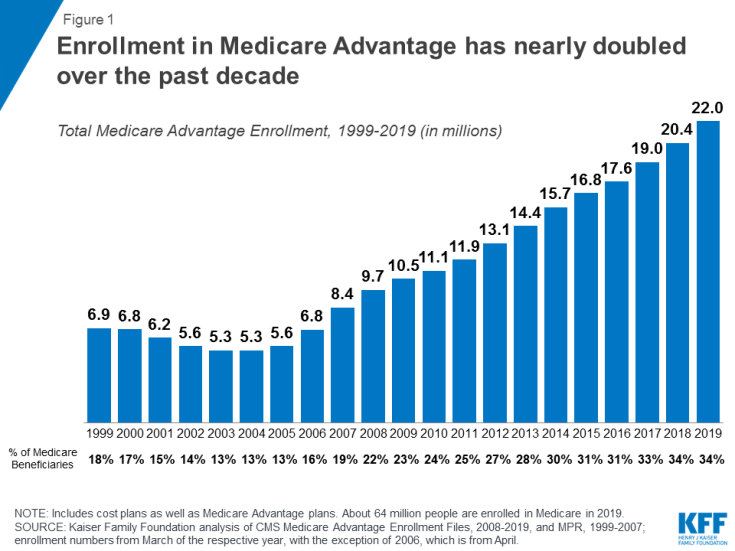 Figure 1: Enrollment in Medicare Advantage has nearly doubled over the past decade 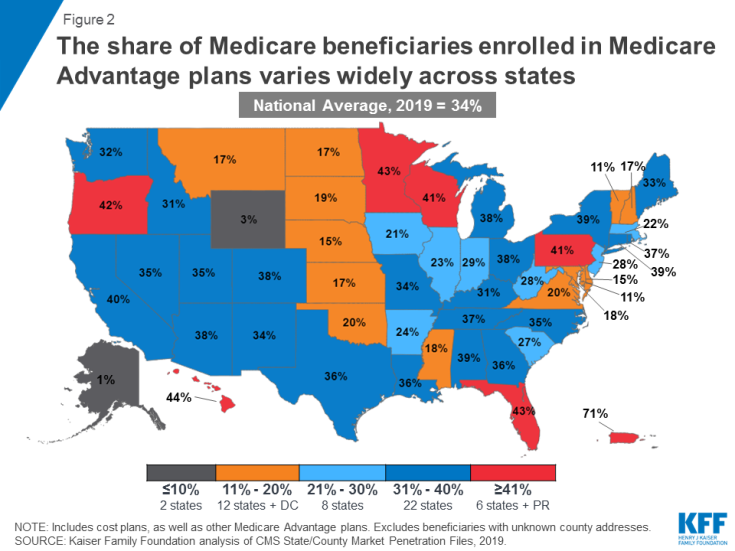 Enrollment continues to be highly concentrated among a handful of firms, both nationally and in local markets; UnitedHealthcare and Humana together account for 44% of enrollment in 2019.

Medicare contracts with insurers to offer the following types of health plans:

HMOs and PPOs are required to establish provider networks, and HMOs will only cover the services provided by in-network providers, whereas PPOs cover care delivered by out-of-network providers but charge enrollees higher cost-sharing for this care. HMOs and local PPOs cover areas no smaller than a county.  Nearly two-thirds (62%) of all Medicare Advantage enrollees are in HMOs and 31% are in local PPOs in 2019 (Figure 3). 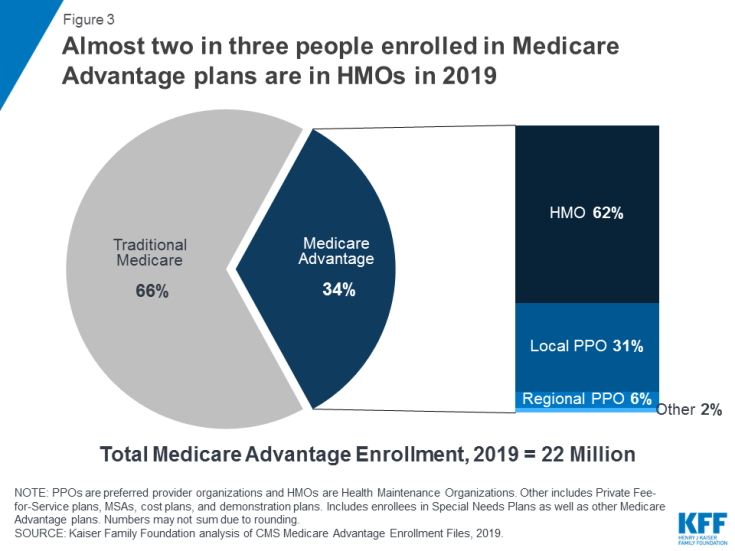 Figure 3: Almost two in three people enrolled in Medicare Advantage plans are in HMOs in 2019

Special Needs Plans (SNPs), typically HMOs, are restricted to beneficiaries who: (1) are dually eligible for Medicare and Medicaid; (2) live in long-term care institutions or would otherwise require an institutional level of care; or (3) have certain chronic conditions (Figure 4). In 2019, 2.9 million beneficiaries are enrolled in SNPs, with plans for dual eligibles accounting for 85% of total SNP enrollment. 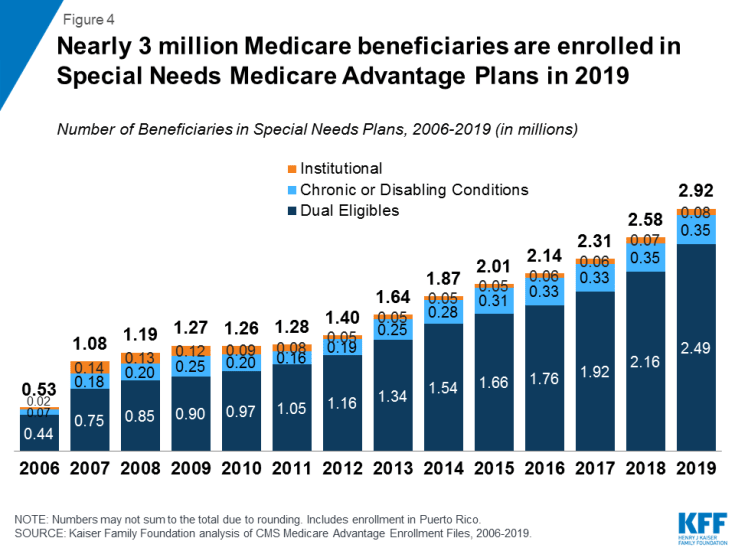 Group Plans. 4.4 million Medicare Advantage enrollees (20%) are in a group plan in 2019 – more than double the number of Medicare beneficiaries in group plans in 2010 (Figure 5). Group plans are largely sponsored by unions and employers for retirees. Under these arrangements, employers or unions contract with an insurer to provide Medicare benefits and additional retiree health benefits to their Medicare-eligible retirees. Medicare pays the insurer a fixed amount per enrollee to provide benefits covered by Medicare, and the employer / union, or retiree, pays for any additional benefits. In contrast to the Medicare Advantage individual market where HMOs dominate, more than three-quarters (76%) of group plan enrollees are in local PPOs. According to the 2018 Kaiser Employer Health Benefits Survey, one-third of all large firms that offer retiree benefits do so through a contract with a Medicare Advantage plan. 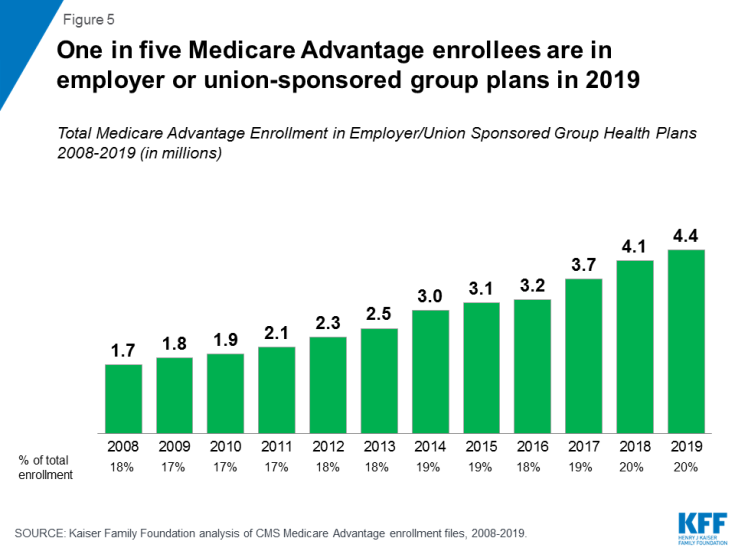 Figure 5: One in five Medicare Advantage enrollees are in employer or union-sponsored group plans in 2019

Other Plan Types. In addition to HMOs and PPOs, Medicare contracts with insurers to offer other types of plans, although enrollment in these other plan types is relatively low. Private Fee-for-Service (PFFS) plans account for 0.1 million enrollees in 2019, or 1% of all enrollees. In two states (ND and SD), the majority of private plan enrollment is in cost plans, which are paid by Medicare based on the “reasonable cost” of providing services and, unlike Medicare Advantage plans, do not assume financial risk if federal payments do not cover their costs. In total, about 200,000 Medicare beneficiaries are enrolled in cost plans in 2019, a decline from the 600,000 enrolled in 2018. Another 43,000 people are enrolled in PACE plans, which are capitated plans for people over the age of 55 who live in the community but require an institutional-level of care. A small number of beneficiaries (about 5,600) are enrolled in Medicare Medical Savings Accounts (MSAs) in 2019.

Medicare pays Medicare Advantage plans a capitated (per enrollee) amount to provide all Part A and B benefits. In addition, Medicare makes a separate payment to plans for providing prescription drug benefits under Medicare Part D, just as it does for stand-alone prescription drug plans (PDPs). Payments to plans are adjusted for enrollees’ health status and other factors.

Over the years, the payment methodology has been modified to achieve different policy goals, for example, to attract plans in rural areas, achieve Medicare savings, or deliver extra benefits to plan enrollees.  The Balanced Budget Act (BBA) of 1997 established a payment floor, applicable almost exclusively to rural counties. The Benefits Improvement and Protection Act (BIPA) of 2000 created payment floors for urban areas and increased the floor for rural areas. The Medicare Prescription Drug Improvement and Modernization Act (MMA) of 2003 increased payments across all areas, and the Affordable Care Act (ACA) of 2010 reduced payments to plans.

Today, Medicare pays plans based on a bidding process. Plans submit “bids” based on estimated costs per enrollee for services covered under Medicare Parts A and B; all bids that meet the necessary requirements are accepted. The bids are compared to benchmark amounts that are set by a formula established in statute and vary by county (or region in the case of regional PPOs). The benchmarks range from 95% of traditional Medicare costs in the top quartile of counties with relatively high per capita Medicare costs, to 115% of traditional Medicare costs in the bottom quartile of counties with relatively low Medicare costs.

The average premium for enrollees of Medicare Advantage plans are $29 per month in 2019, slightly lower than premiums in the past five years. Average premiums are lower for HMOs than for regional and local PPOs and significantly vary across counties. However, we do not know to what extent enrollees’ out-of-pocket expenses have changed since 2010 because we do not know to what extent cost-sharing for individual services has changed (Figure 6). 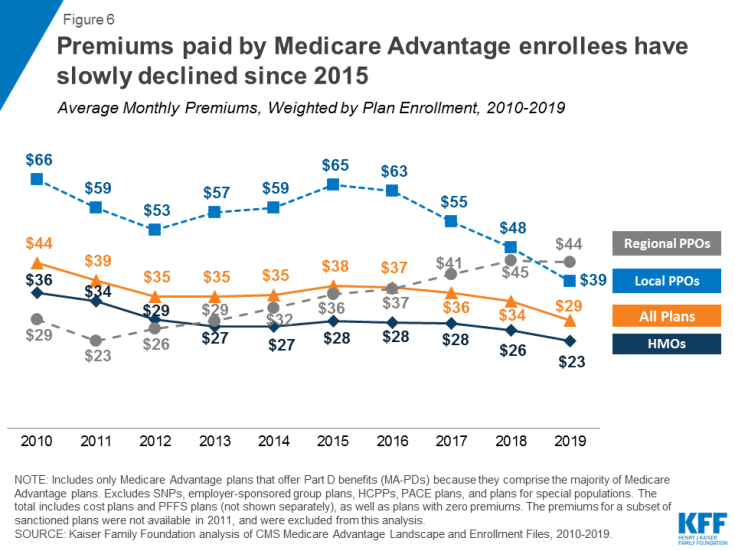 Medicare Advantage plans are paid to provide all Medicare benefits. In addition, since 2011, all plans have been required to limit beneficiaries’ out-of-pocket spending for services covered under Medicare Parts A and B to no more than $6,700 (in-network) or $10,000 (in-network and out-of-network combined). Limits have been required for regional PPOs since they were first authorized in 2006. Medicare Advantage enrollees’ average out-of-pocket limit for in-network services is $5,059 (HMOs and PPOs) and $8,818 for out-of-network services (PPOs). (Figure 7). 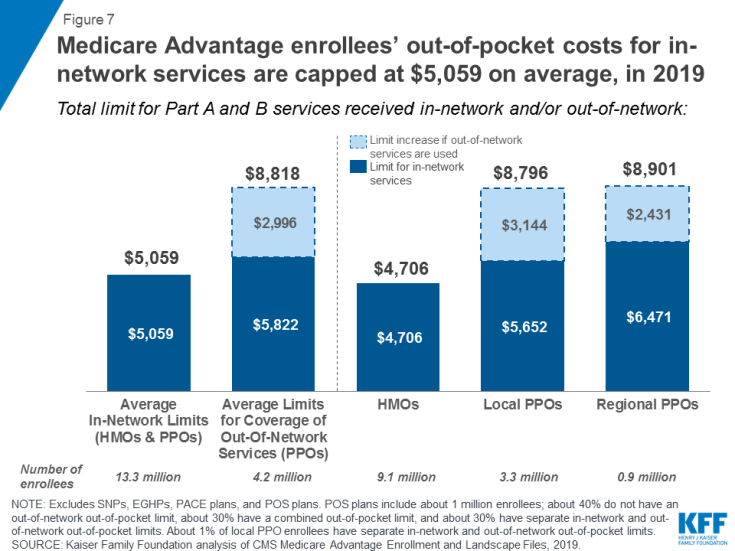 Figure 7: Medicare Advantage enrollees’ out-of-pocket costs for in-network services are capped at $5,059 on average, in 2019

In addition, plans that receive rebates are required to use a portion of these payments to provide additional benefits, reduce premiums, or lower cost sharing for covered benefits.  In 2019, most Medicare Advantage enrollees have access to benefits not covered by traditional Medicare, and almost eight in ten have access to a dental, fitness, or vision benefit (Figure 8). 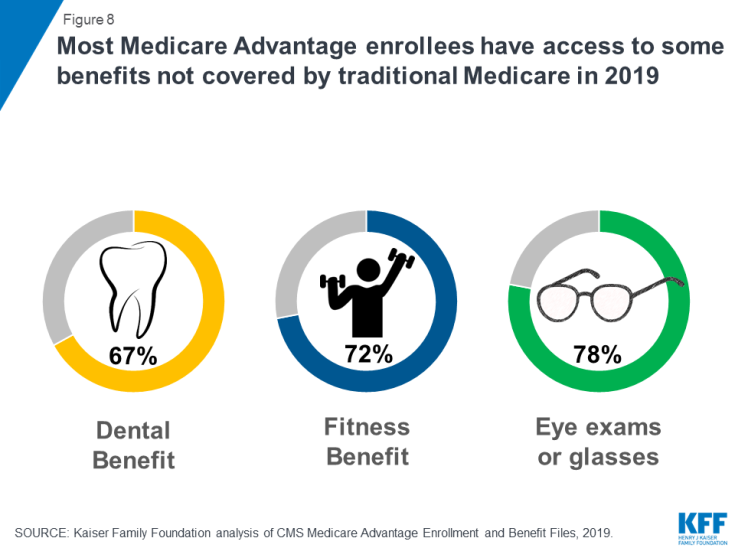 Figure 8: Most Medicare Advantage enrollees have access to some benefits not covered by traditional Medicare in 2019

Medicare Advantage plans are generally required to offer at least one plan that covers the Part D drug benefit. In 2019, 90% of Medicare Advantage plans offer prescription drug coverage, while most Medicare Advantage enrollees (88%) select this benefit. In 2019, the average Part D deductible was $121 for Medicare Advantage plans that offer prescription drug coverage. The standard Medicare Part D benefit in 2020 will have a $435 deductible (up from $415 in 2019) and 25% coinsurance up to an initial coverage limit of $4,020 (up from $3,820 in 2019) in total drug costs, followed by a coverage gap (enrollees pay 25% of the total costs of brand-name drugs and 37% of the total costs of generics) until their total out-of-pocket Part D spending reaches $6,350 (up from $5,100 in 2019) when the catastrophic limit kicks in and beneficiaries pay 5% of the cost of drugs. The threshold at which an enrollee reaches the catastrophic threshold increased so significantly from 2019 to 2020 due to the expiration of the ACA provision that slowed the growth rate of this threshold between 2014 and 2019.

Historically, Congress has enacted a number of changes that affect the role of private plans under Medicare, including adding new types of plans to the program, increasing or decreasing Medicare payments to plans, and expanding the types of extra benefits and services that plans can offer, beyond those included in traditional Medicare.

In 2019, Medicare Advantage markets will have more companies offering plans and more plans available to beneficiaries compared to 2018. With new flexibility in plan offerings, utilization management techniques (such as Part B drug step therapy), and benefits, companies offering Medicare Advantage plans may respond to payment changes in several different ways, depending on the circumstances of the company, the location of their plans, their historical commitment to the Medicare market, and their quality ratings and bonus payments. Decisions made by these firms could have important implications for beneficiaries with respect to their choice of plans, out-of-pocket costs, and access to providers.

Achieving a reasonable balance among multiple goals for the Medicare program—including keeping Medicare fiscally strong, setting adequate payments to private plans, and meeting beneficiaries’ health care needs—will continue to be a critical issue for policymakers in the future.