The Senate recently considered legislation called the Better Care Reconciliation Act of 2017 (BCRA), proposed on June 22, 2017 and revised on July 13, 2017 and July 20, 2017. This bill differs in some ways from the American Health Care Act (AHCA) that passed in the House in May 2017 but maintains a similar overall framework in its treatment of Medicaid. While referred to as legislation to repeal and replace the Affordable Care Act (ACA), both the BCRA and the AHCA make more fundamental changes to Medicaid by phasing out the enhanced federal matching funds for the ACA Medicaid expansion and by setting a limit on federal funding through a per capita cap or, at state option, a block grant for some enrollees.

This brief provides national and state-by-state estimates of the reductions in federal spending for the period 2020-2029 and for 2029 in order to see the full effect of policy changes over a ten-year period. We chose these years because the major Medicaid policy provisions in BCRA begin in 2020, and the effect of federal funding policies changes over time. We analyze the effect of two main provisions of the BCRA:

We examine changes in federal spending under two possible scenarios of state responses to the BCRA: (1) states maintain their programs and fill in the loss of federal dollars, in which we show how much states would have to spend to make up the loss of federal dollars; and (2) states that expanded Medicaid under the ACA fully drop their expansions, in which we show the additional loss of federal dollars that the state would have received had it maintained its expansion. This analysis thus differs from the estimates produced by the Congressional Budget Office (CBO), which assumes future coverage expansions and accounts for varied behavioral responses from both individuals and states. An overview of the methods underlying the analysis is provided in the “Methods” box at the end of the brief. 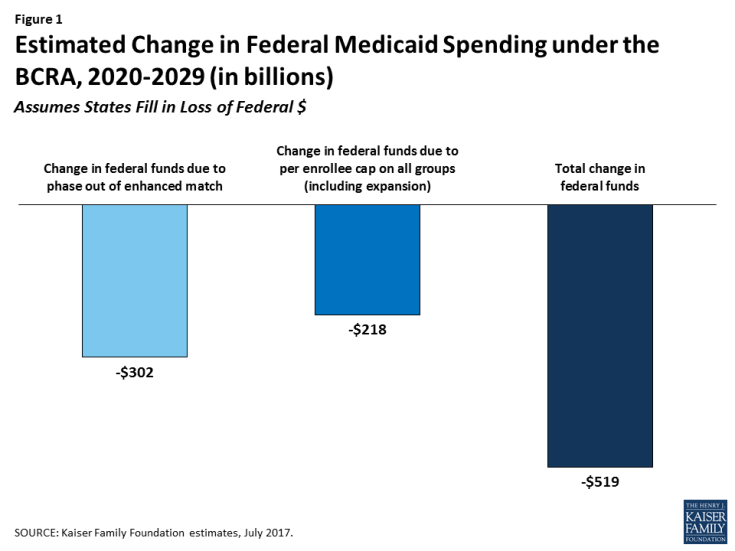 Figure 1: Estimated Change in Federal Medicaid Spending under the BCRA, 2020-2029 (in billions)

We estimate that reductions in federal spending over the 2020-2029 period could be $519 billion if states maintain coverage and fill in gaps in federal funding reductions as a result of the decrease FMAP for the expansion and the imposition of a per enrollee cap. Of this amount, $302 billion is attributable to the phase-out of the enhanced FMAP for the expansion population and $218 billion from the per enrollee caps applied to all eligibility groups, including expansion adults (Figure 1). However, the relative contribution of the changes in FMAP and per enrollee cap changes over time, with the cap accounting for a larger share of the decline in federal dollars as per enrollee caps become more binding. State-by-state changes would vary greatly depending on the current size of the state’s Medicaid program, whether or not the state expanded Medicaid under the ACA, and the FMAP for the state (Table 1). In addition, if in response to the reduction in federal support for the expansion, all states fully roll back coverage for the expansion population, federal funding would decline by an additional $685 billion over the 2020-2029 period to reach a change in federal funds of -$1.2 trillion and result in the loss of coverage for 19 million enrollees covered through the expansion(Table 3). Though it is unlikely that all expansion states would immediately fully eliminate the expansion, these estimates provide a projection of the federal funds at risk.

While this analysis provides estimates of the potential scope of changes under the law, actual state experiences may differ if key factors, such as the inflation factors used under the BCRA or baseline Medicaid growth, differ from current predictions. In addition, it is difficult to predict how states would respond to the financing changes. We did not model additional behavioral responses, such as elimination of high cost coverage pathways, cuts in provider rates or changes in scope of benefits, that could result in further reductions in spending and coverage compared to current law. Alternatively, some states could opt for the block grant and implement more significant reductions in coverage or benefits compared to current law. This analysis did not examine the potential implications of the optional block grant for expansion and/or other adults or the provisions to equalize state per enrollee spending over time.