Facebook Twitter LinkedIn Email Print
The U.S. government has a long history of supporting efforts to improve the health of women and families around the world. While many U.S. programs address women and family health generally, several are focused on them directly, including: maternal and child health (MCH), which includes immunization activities; family planning and reproductive health (FP/RH); and nutrition.1 The accompanying papers examine U.S funding for each of these sectors. They look at funding trends over time, the top country recipients of aid, the share of funding provided to the sector within the larger U.S. global health funding portfolio, and the role of the U.S. as a donor in the context of overall donor support. Among the key findings are the following: 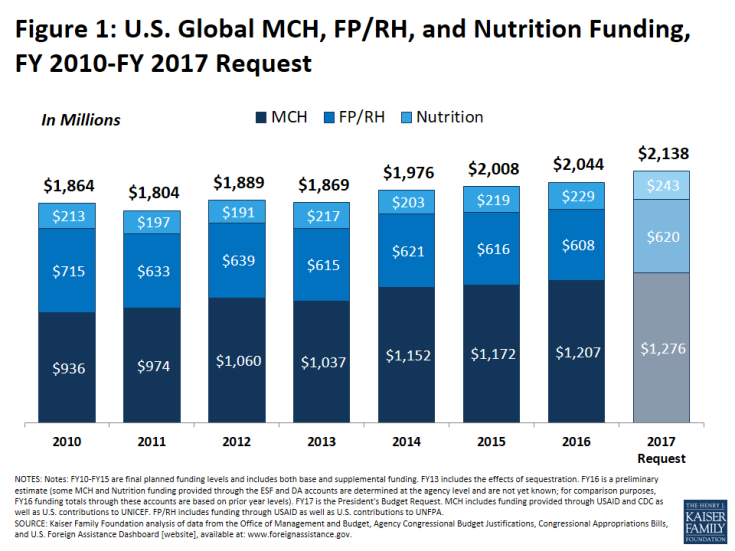 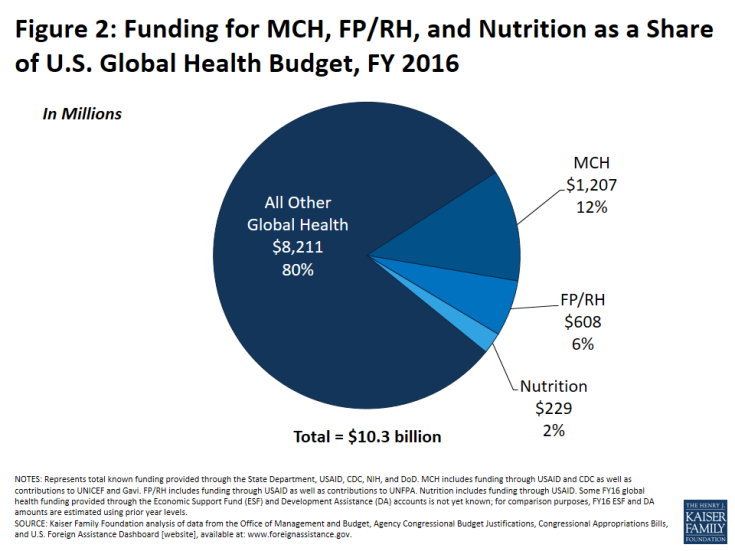 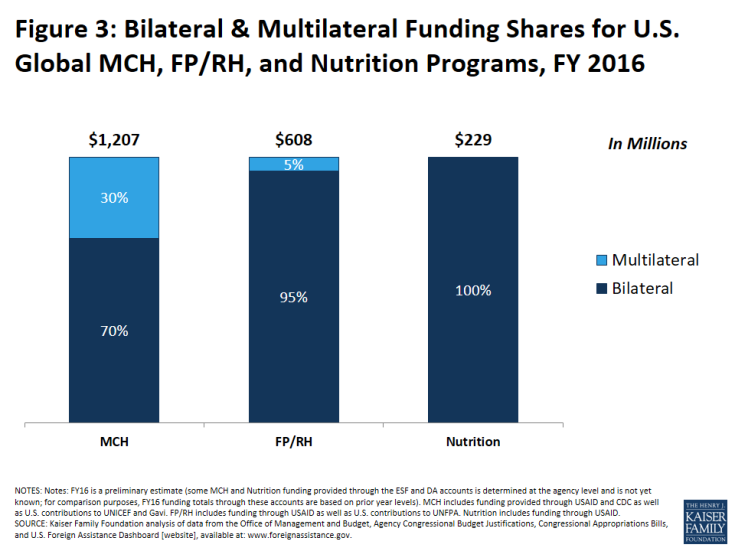 Taken together, these papers show that funding for these three sectors has, overall, remained relatively flat over the past several years, though funding for MCH programs has grown as a priority. Combined, the sectors account for just a fifth of the U.S. global health budget. Still, it is important to note that funding for these three sectors alone does not fully capture U.S. support for activities that address women and family health; other programs, including PEPFAR and the President’s Malaria Initiative, indirectly support such activities, though their focus is not on women and family health per se. Ultimately, as the largest donor to each area in the world, future funding by the United States stands to have a significant impact in the field.