The U.S. government has supported international family planning and reproductive health (FP/RH) efforts for 50 years and is one of the largest donors to FP/RH in the world.1,2 Since 1965, the U.S has obligated approximately $14 billion to international FP/RH activities, though funding has fluctuated over time, including significant decreases in some periods, largely due to political debates surrounding family planning and abortion in the U.S.3 For FY16, the U.S. Congress provided $608 million for FP/RH activities (both bilateral and multilateral funding combined), and the President’s budget request for FY17 includes $620 million for FP/RH.4 This brief provides an overview of U.S. funding for FP/RH, including trends in bilateral and multilateral funding and top country recipients of U.S. funding, and places the U.S. within the larger context of overall donor support for the sector.5

The U.S. government has provided financial and other support for international FP/RH efforts for 50 years and is one of the largest donors to FP/RH in the world; since 1965, the U.S has obligated approximately $14 billion to international FP/RH activities.1,2,3 The U.S. Agency for International Development (USAID) serves as the lead agency for FP/RH, carrying out programs in nearly 40 countries, with a focused effort in 24 priority countries.6 USAID works to increase access to voluntary family planning information, commodities, and services, and is a core partner of FP2020 (see below).6 While most of its effort is focused specifically on family planning, USAID also supports some broader RH activities, including efforts to address child marriage, female genital mutilation, and gender based violence and the provision of post abortion care.7 Other U.S. agencies involved in international FP/RH efforts include the Centers for Disease Control and Prevention (CDC) (research, surveillance, technical assistance, and a designated WHO Collaborating Center for Reproductive Health), the Department of State (diplomatic and humanitarian efforts), the National Institutes of Health (NIH) (research), and the Peace Corps (volunteer activities). Additionally, USAID’s FP/RH efforts are closely linked to its maternal and child health (MCH) programs, although Congress directs funding to and USAID operates these programs separately. Recent years have also seen greater emphasis on coordinating FP investments with HIV efforts through the President’s Emergency Plan for AIDS Relief (PEPFAR).

U.S. support for international FP/RH is provided through both bilateral programs and contributions to the United Nations Population Fund (UNFPA). Most U.S. funding for FP/RH activities is provided through bilateral efforts (95% in FY16), while 5% is channeled through multilateral efforts. Funding has fluctuated over time, including declines in some periods largely due to changing party control in the Administration and Congress and political debates surrounding family planning and abortion in the U.S.8 As a result, there are several legal, policy, and programmatic requirements that govern the use of U.S. funding for international FP/RH efforts.9 U.S. policy, under the Helms amendment, for example, currently prohibits funding for abortion as a method of family planning in international programs.9

Funding for the program rose steadily over its first two decades but saw significant cuts during the 1980s under the Reagan Administration. Funding was subsequently increased reaching a peak in 1994 under President Clinton, coinciding with the International Conference on Population and Development, but then decreased again under the Republican controlled Congress. After increasing slightly, funding remained essentially flat under President George W. Bush. Funding increased significantly after President Obama took office in 2009 and reached $715 million in FY10 (the highest level to date), including the restoration of funding for UNFPA (see below).10 Funding declined to $633 million in FY11, but has since remained relatively flat (see Figure 1).

Despite increases in FP/RH funding in recent years, funding for the sector represents a relatively small share of the overall U.S. global health budget, and its share has declined over time with the rise of other U.S. global health programs and focus areas, most notably PEPFAR. FP/RH has accounted for approximately 5-8% for much of the past decade (see Figure 2).

The U.S. also supports FP/RH through multilateral contributions to UNFPA, the lead UN agency supporting sexual and reproductive health activities in many low- and middle-income countries. Although the U.S. helped create UNFPA in 1969 and was a leading contributor for many years, there have been several years in which funding has been withheld due to executive branch determinations that UNFPA’s activities in China violated the Kemp-Kasten Amendment, which prohibits funding any organization or program, as determined by the President, that supports or participates in the management of a program of coercive abortion or involuntary sterilization, despite that fact that UNFPA does not support such activities in China. Funding was first withheld by President Reagan in 1985 and later restored by President Clinton (who provided funding in each year except for 1999). George W. Bush also suspended funding to the agency which was restored in FY09 by President Obama. In FY16, the U.S. provided $33 million for UNFPA. Due to policy conditions put in place by Congress, actual annual contributions to UNFPA are frequently lower than the enacted levels with the difference being transferred to bilateral programs (see Figure 3).

The U.S. is the single largest donor to international family planning efforts in the world.1 In July 2012, the U.K. Government and the Bill & Melinda Gates Foundation, in partnership with UNFPA, civil society organizations, developing countries, donor governments, the private sector, and multilateral organizations met at the London Summit on Family Planning (FP2020) and made commitments aimed at improving access to voluntary family planning services. While the U.S. did not make a formal commitment at the Summit, USAID is a core partner in helping reach the goals of the Summit. In 2014, the most recent year for which data are available, donor governments provided $1.4 billion to support bilateral family planning programs in low- and middle-income countries, an increase of more than $100 million (9%) above 2013 levels and 32% above 2012 levels (see Figure 4).1 The U.S. was the single largest bilateral donor in 2014, disbursing US$636.6 million and accounting for almost half (44%) of total bilateral funding (see Figure 5). The U.K. (US$327.6 million, 23%) was the second largest bilateral donor, accounting for nearly a quarter of all funding, followed by the Netherlands (US$163.6 million, 11%), Sweden (US$70.2 million, 5%), and France (US$69.8 million, 5%). 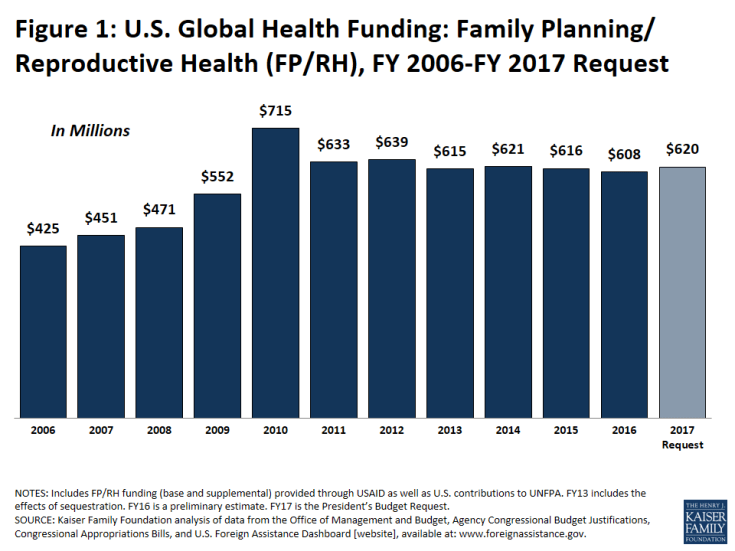 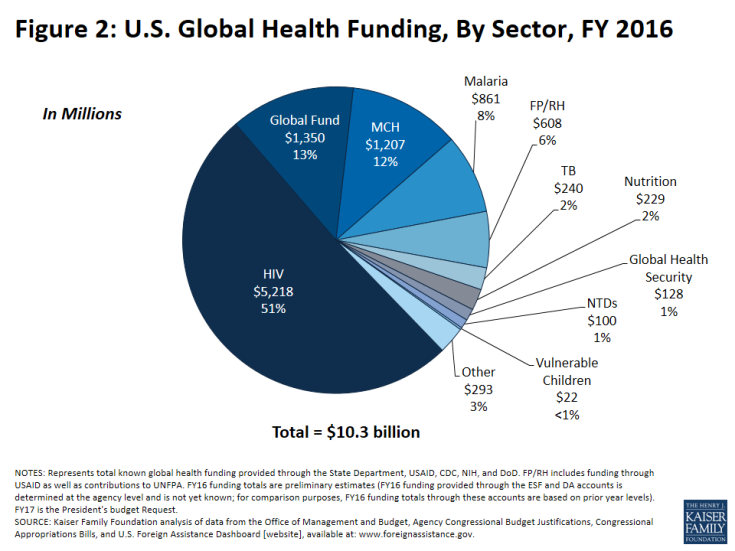 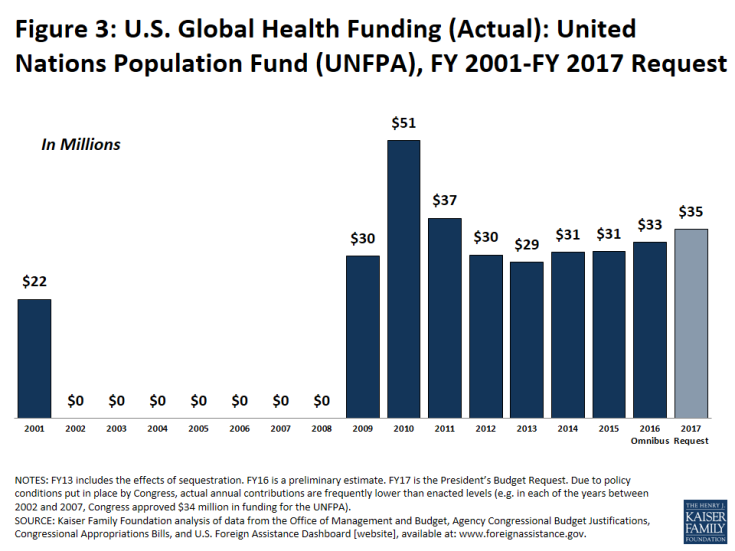 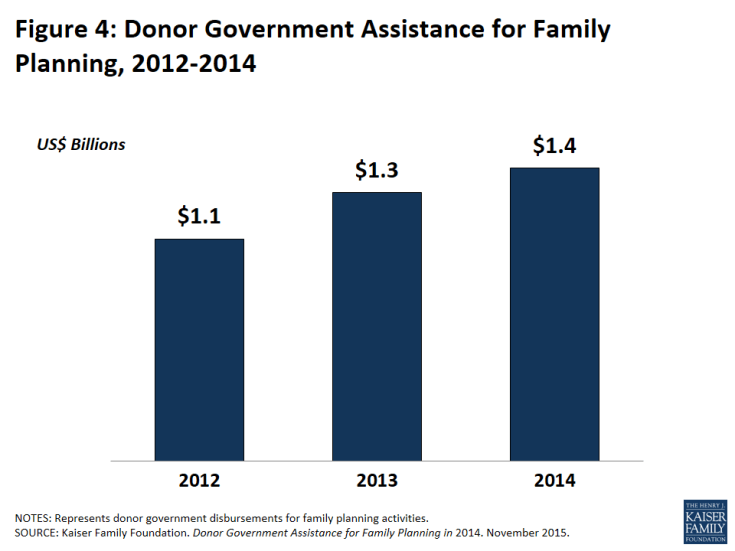 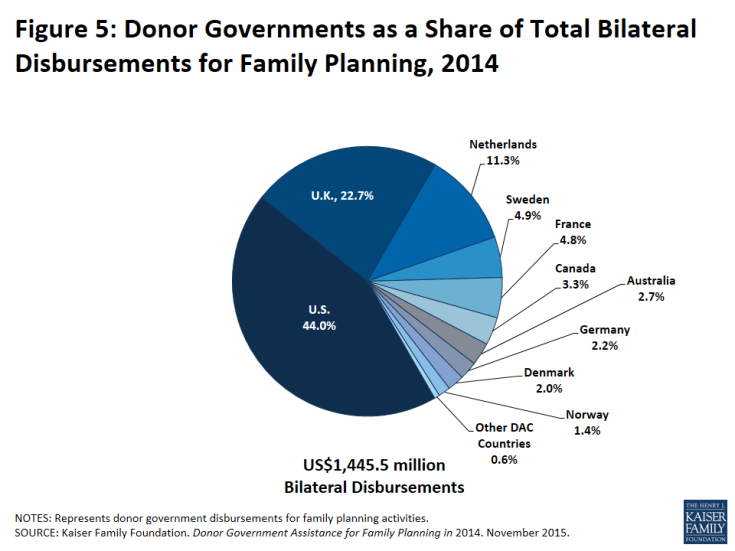 Figure 5: Donor Governments as a Share of Total Bilateral Disbursements for Family Planning, 2014