The Affordable Care Act (ACA) requires employers to cover the full cost of prescription birth control as part of their health insurance plans. This section of the June Kaiser Health Tracking Poll finds that a majority of the public (68 percent) support the requirement for private health insurance plans to cover the full cost of birth control. This includes a majority of Democrats (81 percent) and independents (68 percent), as well as 54 percent of Republicans. 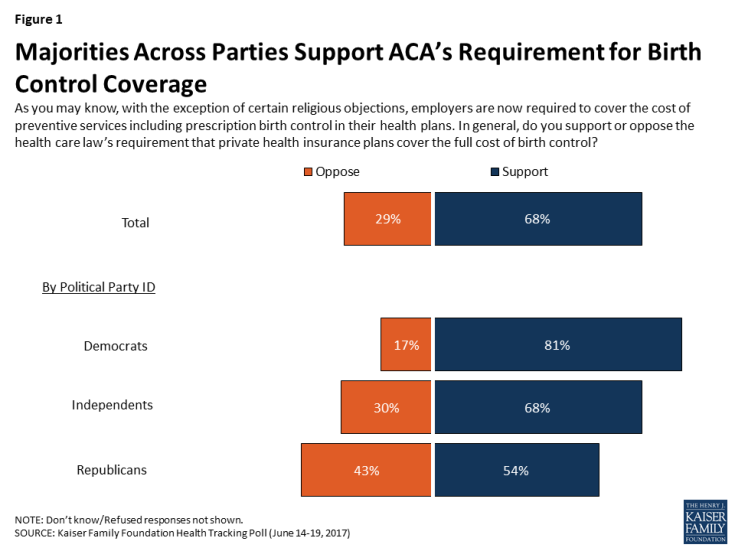 Exemptions to Birth Control Requirement for Religious or Moral Reasons

In 2014, the Supreme Court of the United States issued their decision in Hobby Lobby v. Burwell which established that “closely held” for-profit corporations could be exempt from the birth control requirement if their owners had religious objections. Recently, there has been a suggestion that the Trump administration could expand this exemption to include a broader group of employers who object to birth control for either religious or moral reasons. Overall, larger shares of the public oppose rather than support allowing employers to get an exemption from covering the full cost of prescription birth control for either religious (53 percent vs. 42 percent) or moral (55 percent vs. 38 percent) reasons. There is no difference in attitudes depending on whether the exemption is for “religious” or “moral” reasons. 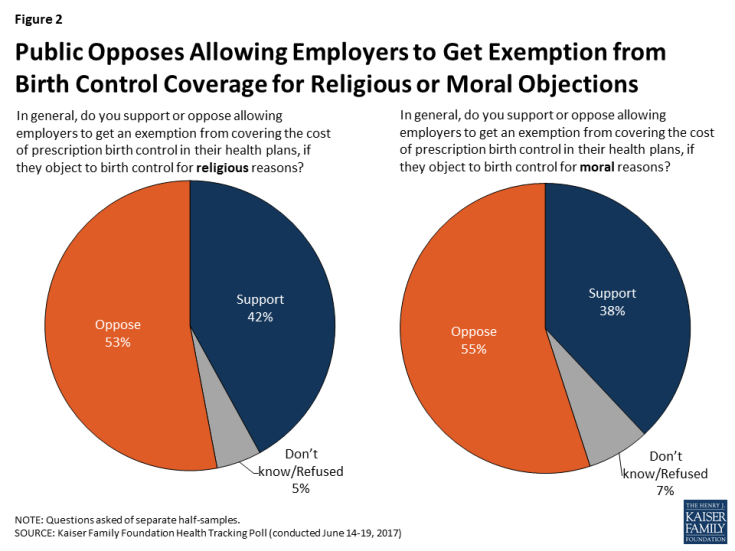 There are strong partisan differences on this issue. A majority of Democrats oppose allowing employers to get exemptions for religious reasons (65 percent) and moral reasons (76 percent). On the other hand, more than half of Republicans support allowing employers to get an exemption if they object to birth control for religious reasons (54 percent) or moral reasons (58 percent). Independents are more divided than partisans but lean toward opposition with about half opposing exemptions to the requirement for religious (52 percent) or moral (55 percent) reasons. 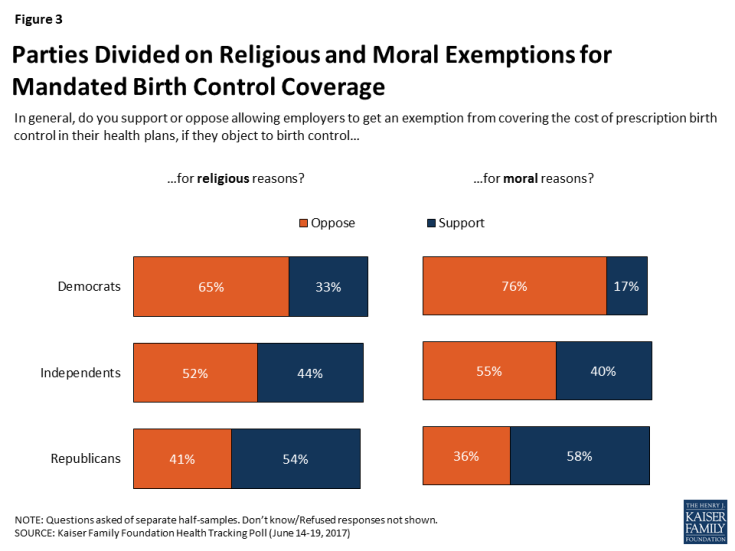 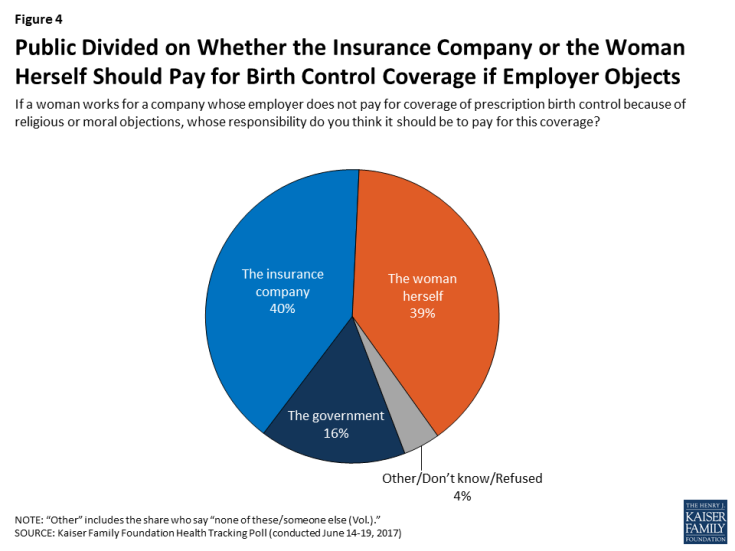 Figure 4: Public Divided on Whether the Insurance Company or the Woman Herself Should Pay for Birth Control Coverage if Employer Objects