Almost 50 million people, or about 16 percent of the population of the United States, live in rural areas. These rural areas are defined as those outside of Metropolitan Statistical Areas (MSAs). MSAs are urban areas with more than 50,000 residents and surrounding suburbs. The populations of rural areas have different demographics, health needs and insurance coverage profiles than their urban counterparts, which means that Medicaid and Marketplace coverage reforms in the Affordable Care Act (ACA) may affect the two populations differently. In particular, rural populations tend to have high shares of low-to-moderate-income individuals, those who are in the target population for ACA coverage reforms. However, nearly two-thirds of uninsured people in rural areas live in a state that is not currently implementing the Medicaid expansion, meaning they are disproportionally affected by state decisions about ACA implementation. As a result, uninsured rural individuals may have fewer affordable coverage options moving forward. This brief examines these differences in populations and coverage patterns and assesses how ACA coverage reforms will affect rural and metropolitan areas in different ways.

The Challenge of Extending Health Insurance Coverage in Rural Areas 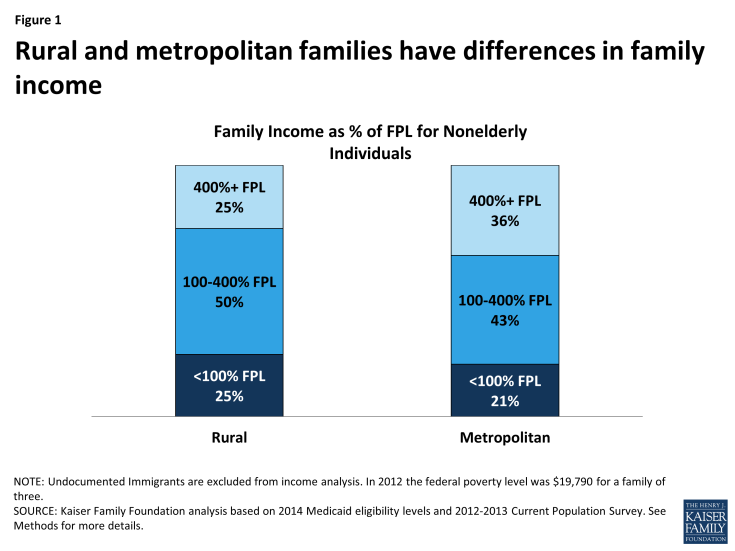 Figure 1: Rural and metropolitan families have differences in family income

In addition, individuals in rural areas are less likely than their urban counterparts to have access to coverage through a job. The nonelderly population in rural areas is more likely than metropolitan counterparts to live in family without either a full-or part-time worker (17% versus 14%). Further, among workers, those in rural areas are more likely to work in blue collar jobs (jobs outside of managerial, business, and financial occupations) than workers in metropolitan areas (71% versus 63%). Blue-collar workers tend to earn less and have fewer overall benefits than white-collar workers.1Half of all rural workers work in “Low ESI industries,” or industries in which less than 80% of workers are covered by employer-sponsored insurance coverage.

These differences in income and access to coverage through a job are reflected in different coverage patterns in rural and urban areas. Only slightly more than half (51%)  of the rural population was enrolled in employer-sponsored coverage between 2012 and 2013 a significantly lower proportion than the 57% of the metropolitan population with employer coverage. However, before ACA implementation, the rural population was significantly more likely to be covered by Medicaid (21%) or other public insurance (4%) than the metropolitan population (16 and 3 percent, respectively). Because Medicaid made up some of the gap in employer-sponsored coverage in rural areas, the uninsured rate was similar across rural and metropolitan populations prior to the ACA (Figure 2). 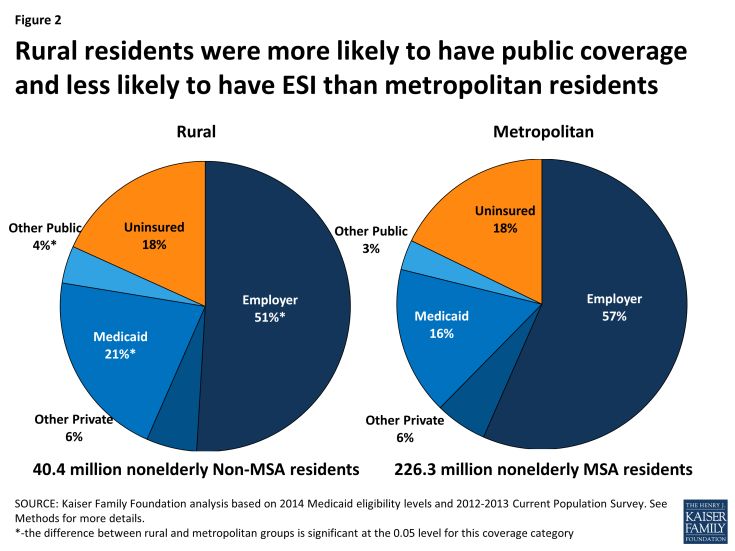 Like the uninsured population nationally, uninsured individuals in rural areas are likely to live in low-income working families, are primarily adults (who were historically ineligible for public coverage), and are generally unable to afford coverage on their own. Compared to their urban counterparts, however, rural uninsured may face particular challenges in accessing health care services when needed due to more limited supply of providers who can provide low-cost or charity care. Thus, there is a particular need to extend coverage in rural areas.

The Impact of ACA Coverage Expansions in Rural Areas

The ACA offers the opportunity to expand health coverage among the rural population through the expansion of Medicaid for people with incomes at or below 138% of poverty and the availability of premium tax credits for the purchase of private insurance through the Health Insurance Marketplaces for moderate income families (those with incomes between 100% and 400% of poverty). Among the rural uninsured population, about three in four are in the income range (and meet the immigration requirements) for these coverage provisions.

However, with the Supreme Court ruling in June 2012, the Medicaid expansion became essentially optional for states, and as of May 2014, 24 states were not implementing the Medicaid expansion. In states that do not expand Medicaid, some individuals with incomes between 100% FPL and 138% FPL will be eligible for premium tax credits in the Marketplace.  However, many uninsured individuals under poverty will be left in a “coverage gap” in which their incomes are above Medicaid eligibility levels but below eligibility levels for tax credits.2 As a result, many will be left without an affordable insurance option. State decisions about expanding Medicaid have a disproportionate effect on coverage options for uninsured individuals in rural areas. Almost two-thirds of the rural uninsured population lives in states that are not expanding Medicaid at this time (Figure 3). 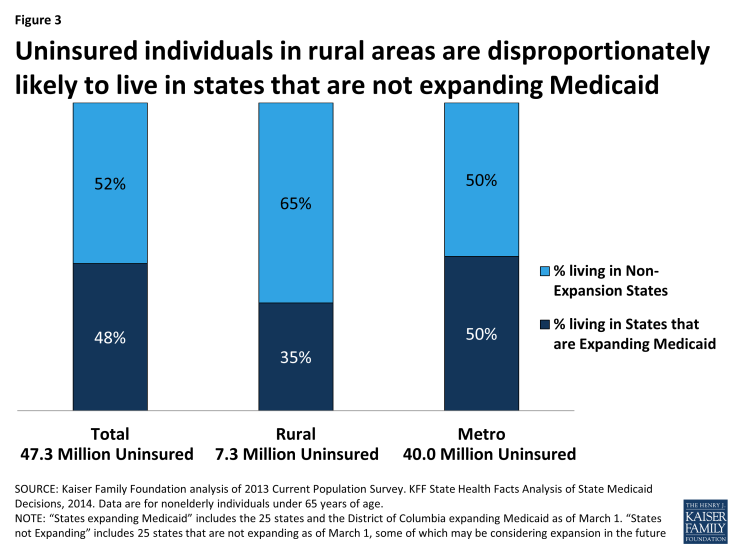 Figure 3: Uninsured individuals in rural areas are disproportionately likely to live in states that are not expanding Medicaid 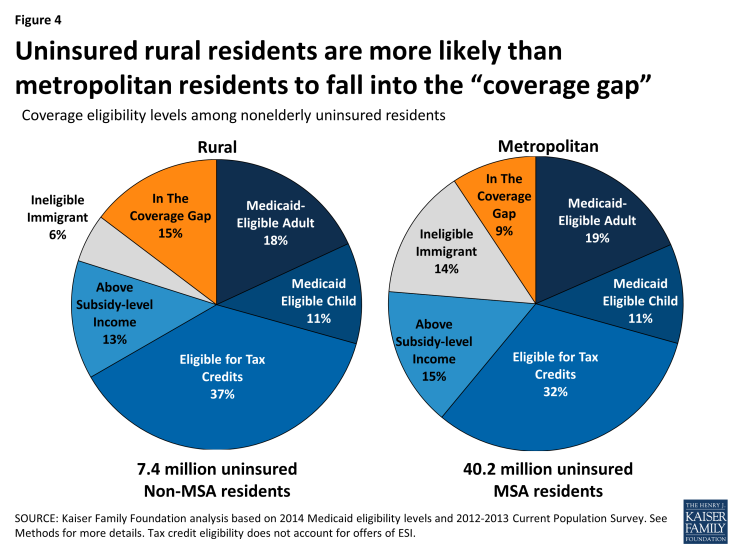 Figure 4: Uninsured rural residents are more likely than metropolitan residents to fall into the “coverage gap”

The rural population is poorer and less likely to be covered by employer-based insurance than the metropolitan population. Prior to the ACA, rural individuals were more likely to receive coverage through public insurance than metropolitan individuals. Many uninsured people in rural areas will be eligible for Medicaid coverage or tax credits to purchase coverage under the ACA. While the uninsured population in rural areas is less likely than their metropolitan counterparts to be ineligible for coverage due to their immigration status or incomes, they are more likely to fall into the “coverage gap” due to state decisions not to expand Medicaid coverage. People in rural areas may face particularly high barriers to accessing coverage, such as transportation barriers or limited provider availability and may also continue to face financial barriers to accessing needed care.

This Issue Brief was prepared by Vann Newkirk from the Kaiser Family Foundation and Anthony Damico, an independent consultant.