In this column for The Wall Street Journal’s Think Tank, Drew Altman explores how low-wage firms and their workers are faring in the employer-based health insurance market and how the Affordable Care Act may influence future trends.

For many women, missing work when their children have a cold or upset stomach takes a financial toll on family income. A new data note from the Kaiser Family Foundation reports on the number of working mothers who must take unpaid time off when their children are sick and discusses… 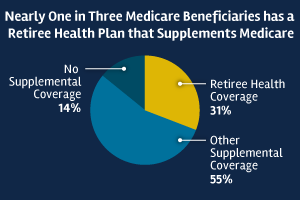 Changes in Health Insurance Coverage, 2007-2008: Early Impact of the Recession

This issue brief examines trends in health insurance coverage from 2007 to 2008, a period marked by the start of a deep recession. It finds that the share of the nonelderly population covered by employer-provided insurance declined, the share covered by public programs increased and the number of uninsured people…

Medicaid and Health System Reform: The Potential for Integration into an Employer-Based System

Report: Medicaid and Health System Reform: The Potential for Integration into an Employer-Based System