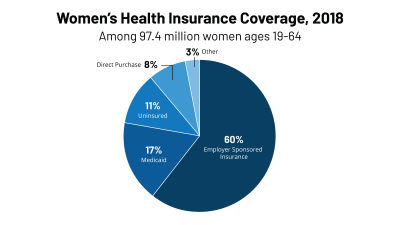 A newly-updated infographic from the Kaiser Family Foundation explains the final regulations on employer-based coverage of birth control released today by the U.S. Department of Health & Human Services. How Does Where You Work Affect Your Contraceptive Coverage? provides a clear explanation of coverage requirements under the new regulations for employers with…

Next month, the U.S. Supreme Court will hear the Zubik v. Burwell case, another challenge to the Affordable Care Act, this time to the contraceptive coverage requirement brought by nonprofit corporations.  After the death of Justice Antonin Scalia, this already complicated and charged case has taken on an additional question: … 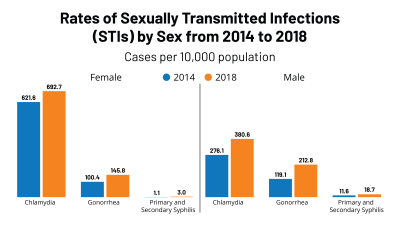 More people have health insurance than ever before under the Affordable Care Act (ACA), which emphasizes preventive care, including no-cost HIV and STI counseling and screening for recommended populations. This fact sheet examines trends and disparities in STI prevalence, reviews the STI screening and preventive care coverage policies for private insurance and public programs, and discusses coverage gaps and confidentiality concerns in the provision of these services.

The Patient Protection and Affordable Care Act (ACA) requires most private plans to provide coverage for women’s preventive health care, including all prescribed FDA-approved contraceptive services, without cost sharing. To better understand how this provision is being implemented by health plans, Kaiser Family Foundation (KFF) staff, with the Lewin Group, reviewed the insurance plan coverage policies for 12 prescribed contraceptive methods (excluding oral contraceptives). This report presents information from 20 different insurance carriers in five states (California, Georgia, Michigan, New Jersey, and Texas) about how they are applying reasonable medical management (RMM) techniques in their coverage of women’s contraceptive services. The different forms of female birth control reviewed in this report include the contraceptive ring, the patch, injections, implants, intrauterine devices (IUDs), and sterilization.