The ACA And Health Care

These additional findings were released September 23.

With the recent news of the passing of Supreme Court Justice Ruth Bader Ginsburg, the latest from the Sun Belt Voices Project – a collaboration between KFF and The Cook Political Report – takes a look at how increased attention to California v. Texas, the Supreme Court case challenging the constitutionality of the Affordable Care Act, could motivate voters in the 2020 election. The poll, conducted prior to the death of Justice Ginsburg, found that the top issues for Arizona, Florida and N.C. voters two months out from the 2020 election were the economy, the coronavirus outbreak, race relations and criminal justice and policing. Health care as an election issue ranked lower for these voters. Yet with less than two months before the Supreme Court hearing of the highly politicized ACA case, health care policy may once again dominate election coverage.

The Future Of The Affordable Care Act

With the Supreme Court deciding not to hear California v. Texas, the case challenging the future of the ACA, until after the 2020 election, many experts expected this issue to be a smaller issue during the campaigns. Yet with the recent passing of Supreme Court Justice Ginsburg, this case is now front-and-center in the 2020 election as a new justice could determine the future of the 2010 Affordable Care Act.

The latest polling from three key sun belt states (Arizona, Florida, and North Carolina) finds former Vice President Biden has a considerable advantage among voters on which presidential candidate they think has the better approach to determining the future of the Affordable Care Act as well as maintaining protections for people with pre-existing health conditions. More than half of voters in Arizona, Florida, and North Carolina say Joe Biden has the better approach on the ACA (AZ: 55%, FL: 55%, N.C.: 55%) compared to four in ten voters from each state who say Donald Trump. 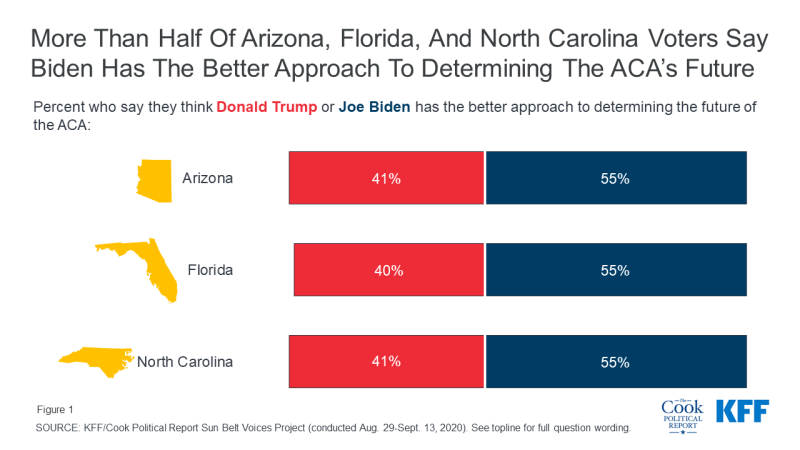 Figure 1: More Than Half Of Arizona, Florida, And North Carolina Voters Say Biden Has The Better Approach To Determining The ACA’s Future 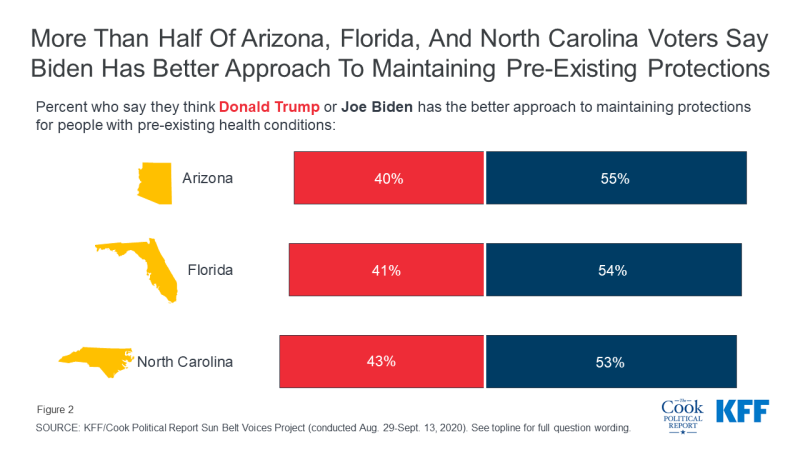 Figure 2: More Than Half Of Arizona, Florida, And North Carolina Voters Say Biden Has Better Approach To Maintaining Pre-Existing Protections 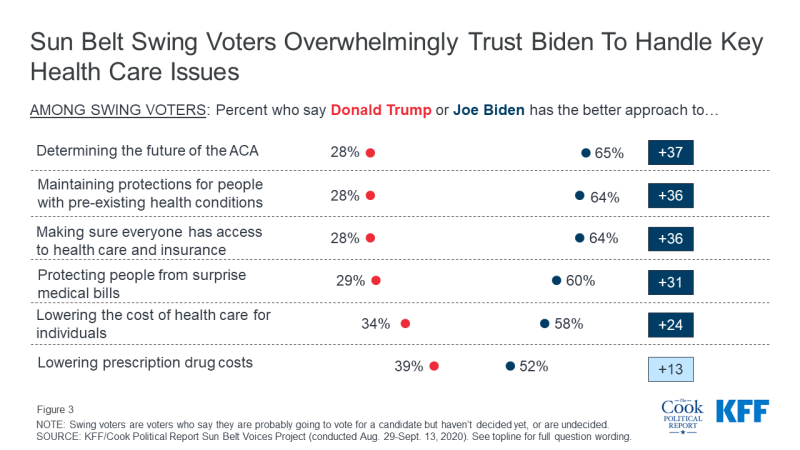 The advantage Biden has on key health care issues is consistent among swing voters in Arizona, Florida, and North Carolina. 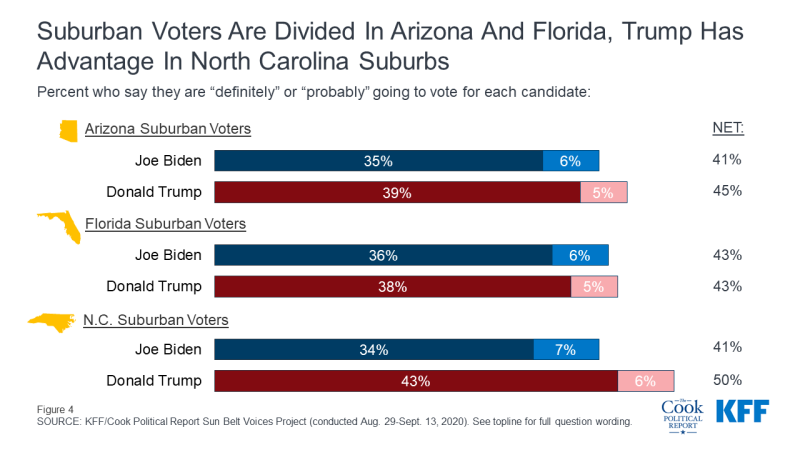 Figure 4: Suburban Voters Are Divided In Arizona And Florida, Trump Has Advantage In North Carolina Suburbs

Not All Suburbs Are The Same

Arizona – Former Vice President Joe Biden has a strong lead in Pima County (the area around Tucson) over President Trump, but voters in Maricopa County are more divided in their 2020 vote choice with similar shares of voters in this county saying they plan to vote for President Trump (42%) and Joe Biden (42%). Within Maricopa County, Phoenix voters overwhelmingly support Biden. The economy is by far the top issue for Maricopa County voters (34%) while Pima County voters are divided between the economy (28%) and the coronavirus outbreak (24%).

Florida – Florida suburbs are also divided along geographic regions of the state with Miami suburbs voting very differently than northern parts of the state including the panhandle. Recent elections have looked closely at areas along the expanded I-4 corridor, an area many experts say is crucial to President Trump’s re-election. Voters in this area of Florida choose the economy as their top 2020 issue (28%) but are currently divided in which presidential candidate they plan to vote for with 40% saying President Trump and 45% saying Joe Biden. Biden has a commanding lead in the Miami suburbs while President Trump holds the advantage in the northern part of the state.

North Carolina – There is an increasing trend within N.C. with voters living on the edges of urban city centers voting more like traditionally suburban voters. Using categories developed by Old North State Politics we find that “urban county suburban” voters are one group that are prioritizing criminal justice and policing (22%) as a top 2020 voting issue along with the economy (27%). In addition, voters in these areas within North Carolina are more divided in their vote choice with 42% saying they plan to vote for President Trump and 48% saying they plan to vote for Joe Biden.

Suburban Voters Are divided On Which Candidate They Trust On Health Care, But Most Say Biden Has Better APproach to ACA ANd Pre-Existing COndition Protections 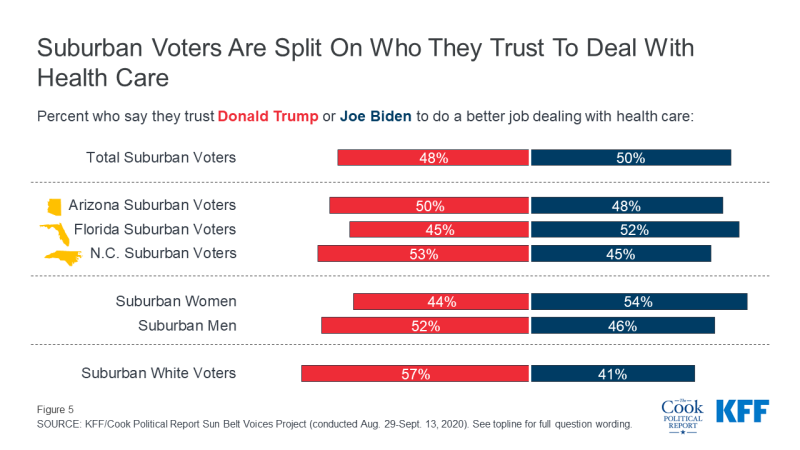 Figure 5: Suburban Voters Are Split On Who They Trust To Deal With Health Care

While suburban voters overall are divided on which candidate they trust to do a better job dealing with health care, when it comes to the future of the Affordable Care Act and maintaining pre-existing conditions protections, a slightly majority of suburban voters give Biden the advantage.

Among suburban voters, Former Vice President Biden has a 10 point advantage over President Trump on determining the future of the ACA (53% v. 43%), a landmark legislation of the Obama/Biden presidency. In addition, Biden also has a slight advantage on maintaining pre-existing condition protections (52% v. 44%). On all other key issues, the difference between the two candidates is within the margin of sampling error. 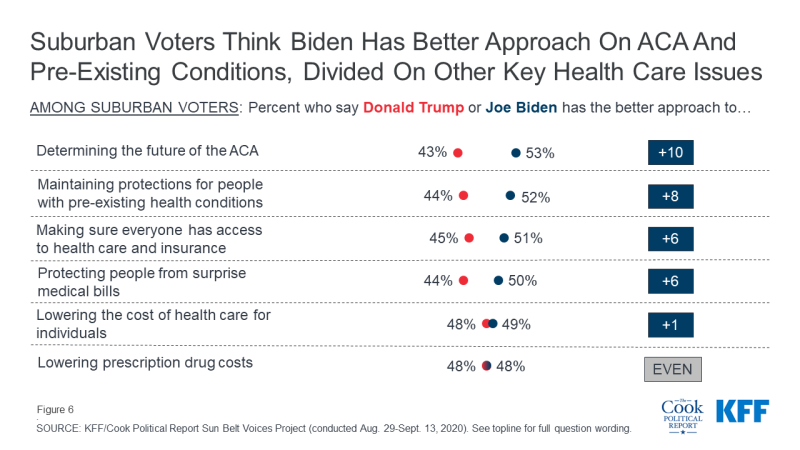 There is some variation across states with North Carolina suburban voters more closely divided in which candidate has the better approach to handle some health care issue including the future of the ACA and maintaining protections for people with pre-existing conditions, and President Trump having a clear advantage on lowering overall health care costs and prescription drug costs.

Sun Belt Voters How Votes Will Be Cast in 2020