These additional findings were released September 25.

As part of the latest collaboration between KFF and The Cook Political Report, this analysis examines how the coronavirus outbreak is changing voting in the 2020 election. With former Vice President Biden holding a slight lead over President Trump in Arizona (Biden 45%, Trump 40%), and the race is within the margin of sampling error in Florida and North Carolina, how many Americans will vote in the 2020 election, especially with strong differences among partisans, may have significant implications on the narrative of the 2020 election results.

Voting During A Pandemic

With the expectation that millions of Americans will cast their votes using mail-in ballots for the first time in the 2020 election, there has been criticism from the Trump Administration about the validity of voting-by-mail while Democrats have raised concerns about potential voter suppression.

Arizona, Florida, and North Carolina are three states in which voters can ask to vote-by-mail due to the coronavirus outbreak. Arizona has a longer history of voting-by-mail with the state legislature allowing any Arizona voter to vote-by-mail for any reason as early as 1991. In 2016, 75% of Arizona voters voted by mail. Florida has had vote-by-mail in place since 2002 but, prior to the coronavirus outbreak, only about 29% of Florida voters chose to cast a mail-in ballot. Mail-in voting has been a contentious issue in North Carolina, but in June the state legislature passed a bill designed to making voting by mail easier during the coronavirus pandemic. In 2016, 4% of North Carolina voters voted by mail.

Due to concerns over the spread of COVID-19, voting by mail is expected to account for a large portion of ballots in November with larger shares of voters nationwide saying they plan to vote by mail.

While Arizona and Florida have had “no excuse” absentee or mail-in voting options prior to this year’s election, mail-in voting is new to many North Carolina voters. Arizona is the only one of these three states that has had large shares of absentee or vote-by mail records, which is made easier by the state’s legislation to allow residents able to be put on a permanent vote-by-mail list, as opposed to most states’ requirements that each ballot is applied for, and in N.C.’s case, a witness is required for application. Among the highest in the country, 75% of Arizona’s ballots were collected early, through absentee or by mail in the 2016 general election. 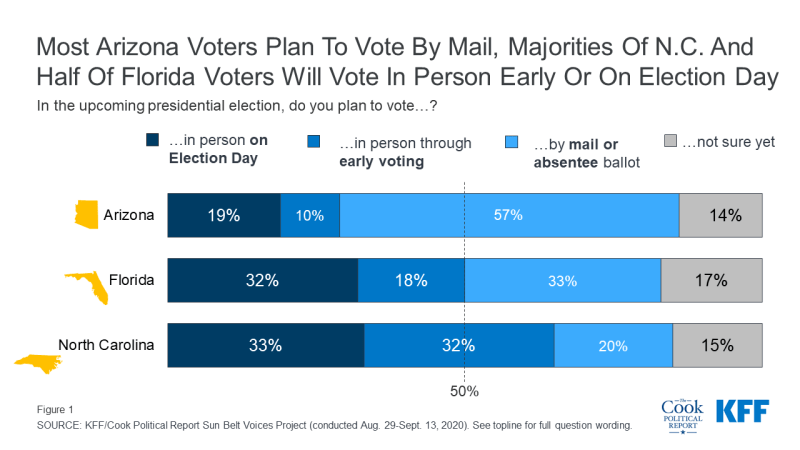 Figure 1: Most Arizona Voters Plan To Vote By Mail, Majorities Of N.C. And Half Of Florida Voters Will Vote In Person Early Or On Election Day

This poll suggests that many of the last ballots to be counted in North Carolina may be disproportionately for former Vice President Joe Biden. Most in-person Election Day voters say they plan on casting a ballot for President Trump (AZ 66%; FL 60%; N.C. 66%), while majorities of the voters who say they plan on voting by mail say they will be voting for Joe Biden (AZ 56%; FL 64%; N.C. 71%). Due to the high prevalence of mail voting that already exists in Arizona, three in ten voters (31%) who plan on voting by mail in Arizona say they are voting for President Trump.

Among those who are choosing to still head to the physical polls in November, about one in five are worried that voting in person may expose them to the coronavirus (10% of voters overall). Partisans differ in their worry. While majorities of voters across partisans who say they plan to vote in person are not too or not at all worried about exposure to coronavirus while doing so, nearly four in ten Democrats say they are very or somewhat worried (38%) and one in ten Republicans say the same (9%). Of course, the decision to vote in person may have taken into account any potential worry. 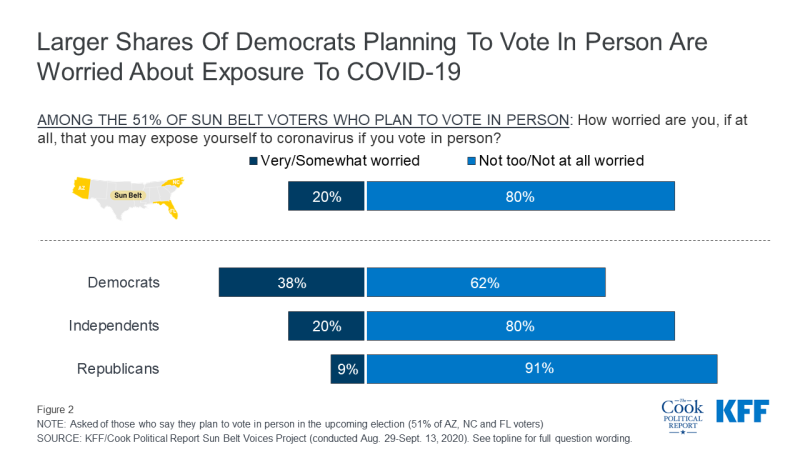 Figure 2: Larger Shares Of Democrats Planning To Vote In Person Are Worried About Exposure To COVID-19

A Fair And Accurate Election

About nine in ten voters (92%) in these three states are worried about at least one threat to holding a fair and accurate presidential election in 2020, and more than half of voters say they are worried about each of the possible threats provided in the survey. More than half of voters in Arizona, Florida, and North Carolina are worried that voter suppression (63%), the coronavirus outbreak (61%), voter fraud (58%), technical problems at polling places (57%), or interference by a foreign country (54%) will interfere with the 2020 election. 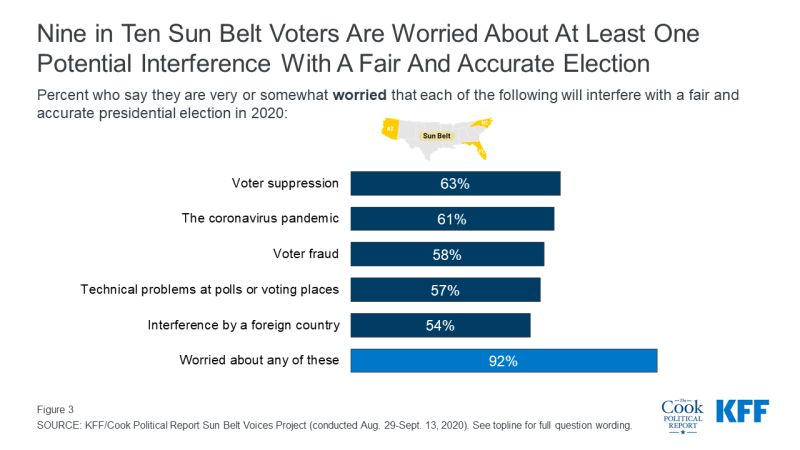 Figure 3: Nine in Ten Sun Belt Voters Are Worried About At Least One Potential Interference With A Fair And Accurate Election

Majorities of voters in each of the states say they are at least “somewhat worried” that each of these will interfere with the election, and nine in ten are worried about at least one of the potential interferences.

The sources of potential worry around the 2020 election vary across partisans. Larger shares of Democrats than Republicans say that they are at least somewhat worried that voter suppression (84% v. 44%), foreign interference (77% v. 33%), the coronavirus pandemic (74% v. 51%) and technical problems at polling locations (66% v. 52%) will interfere with a fair and accurate presidential election.

On the other hand, voter fraud caused by people who are ineligible to vote casting ballots in the election is a larger worry for Republicans (80%) than Democratic voters (40%) or independent voters (54%). 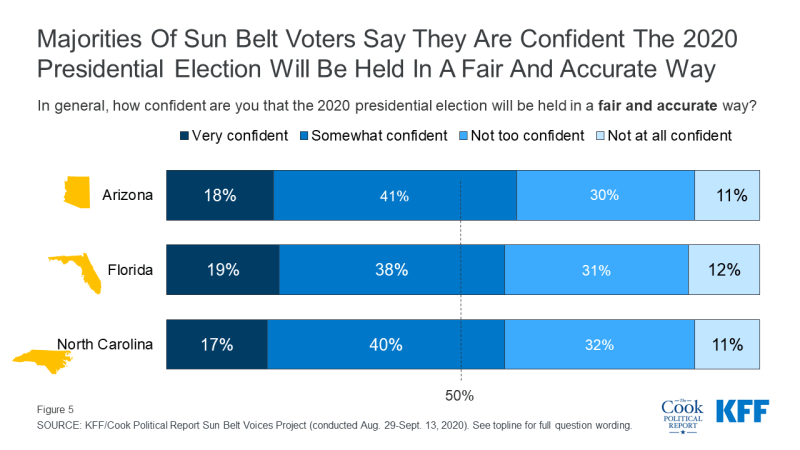 Figure 5: Majorities Of Sun Belt Voters Say They Are Confident The 2020 Presidential Election Will Be Held In A Fair And Accurate Way

Despite this, majorities of voters – across partisanship – are still confident that the 2020 presidential election will be held in a fair and accurate way (59% of Arizona voters, and 57% of Florida voters and N.C. voters) with one in five voters saying they are “very confident” (AZ: 18%, FL: 19%, N.C.: 17%). This is consistent across party identification with about six in ten Democrats (59%), Republicans (62%), and independent voters (56%) saying they are at least somewhat confident that the 2020 election will be fair and accurate.

The ACA And Health Care Black and Hispanic Voters