To date, the federal government has taken several steps to address the health and economic consequences of the COVID-19 pandemic, including sending billions of dollars to hospitals and other providers, providing economic stimulus payments to a majority of Americans, and requiring public and private insurers to provide free coverage of coronavirus testing. But the pandemic has exposed long-standing gaps in the U.S. health care system and brought fresh reminders of the health care affordability challenges facing many people, with and without insurance, including people with Medicare.

Medicare provides significant health and financial protections to more than 60 million Americans, but there are gaps in coverage and high cost-sharing requirements that can make health care difficult to afford, particularly for beneficiaries with modest incomes who lack supplemental coverage, such as employer-sponsored retiree health coverage, Medigap, or Medicaid. Beneficiaries are responsible for Medicare’s premiums, deductibles and other cost-sharing requirements, unless they have supplemental coverage or have incomes and assets low enough to qualify for the Medicare Savings Programs, which help cover Medicare Part A and Part B out-of-pocket costs, or the Medicare Part D low-income subsidy (LIS) program, which helps with Part D premiums and cost sharing only.

Beneficiaries in traditional Medicare with no supplemental coverage are vulnerable to high out-of-pocket expenses because Medicare, unlike marketplace and large employer plans, has no cap on out-of-pocket spending for covered services. But even those with supplemental coverage can face affordability challenges. Although Medicare Advantage plans are required to provide an annual out-of-pocket limit, beneficiaries enrolled in Medicare Advantage plans could still face high out-of-pocket costs, depending on the services they use, the drugs they take, and costs charged by their specific plan. And although beneficiaries with Medigap supplemental coverage have help with cost-sharing requirements for Medicare-covered services and protection against catastrophic expenses, premiums for these policies can be costly. With half of all Medicare beneficiaries living on an income of less than $30,000 per person, these affordability concerns could be compounded for some by the economic recession caused by the COVID-19 pandemic.

For each of the options, we discuss implications and tradeoffs, including the added cost to the federal government of providing additional protection for beneficiaries. This report focuses on options to improve affordability of current Medicare benefits, rather than options that would expand the benefits Medicare covers, such as adding coverage of dental, vision, or hearing services. See Methodology for detail on data sources and methods.

The policy options examined in this analysis to help make health care more affordable for people covered by Medicare vary in the number of beneficiaries who could be helped and how much help they could receive (Figure 1). Each option would also have cost implications for Medicare and/or other payers, as described more fully in the longer discussion of each option following the introduction. 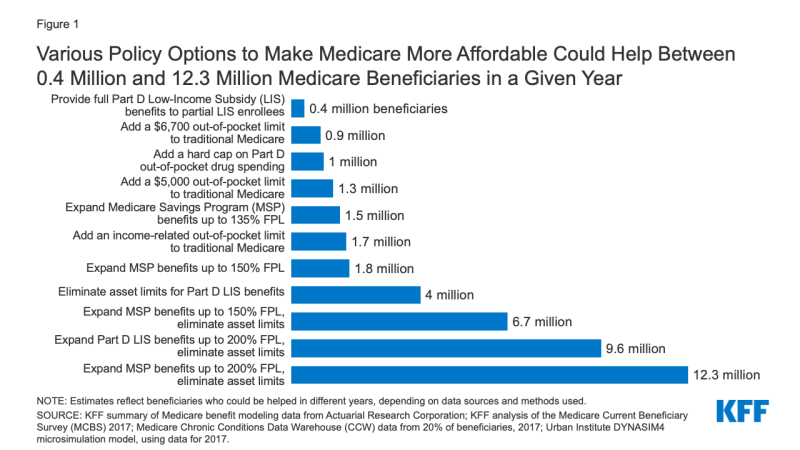 Figure 1: Various Policy Options to Make Medicare More Affordable Could Help Between 0.4 Million and 12.3 Million Medicare Beneficiaries in a Given Year