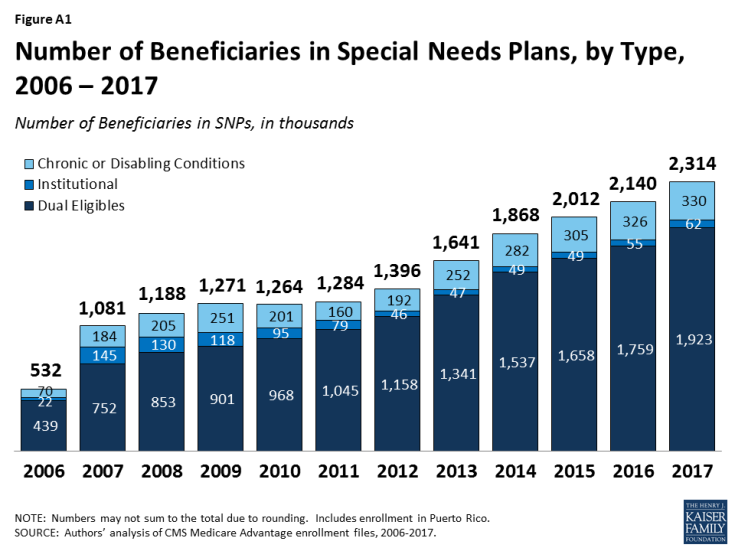 The majority of SNP enrollees (81%) are in plans serving those dually eligible for Medicare and Medicaid (D-SNPs). Enrollment of dually eligible beneficiaries in D-SNPs varies greatly by state, and is particularly prevalent in Hawaii (53%) and Arizona (42%) (Table A7).  In 2017, almost half (46%) of Medicare Advantage enrollees who received Part D Low-Income Subsidies (LIS) were in SNPs; this percentage has been relatively stable since 2008. 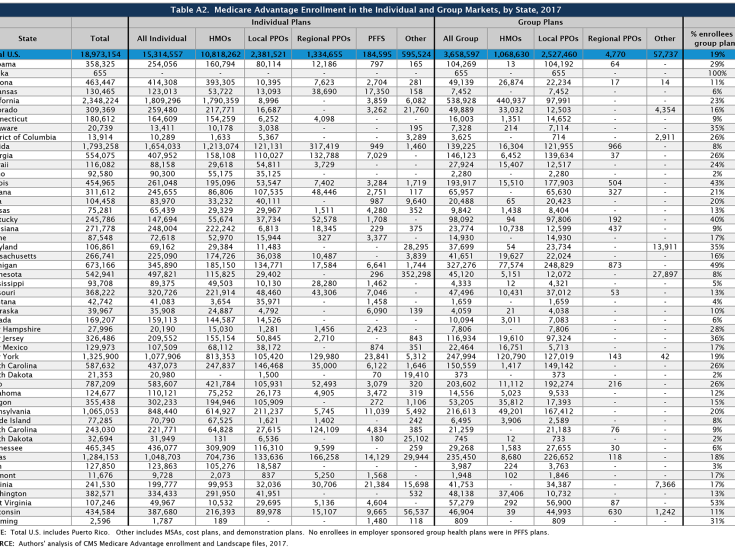 Table A2: Medicare Advantage Enrollment in the Individual and Group Markets, by State, 2017 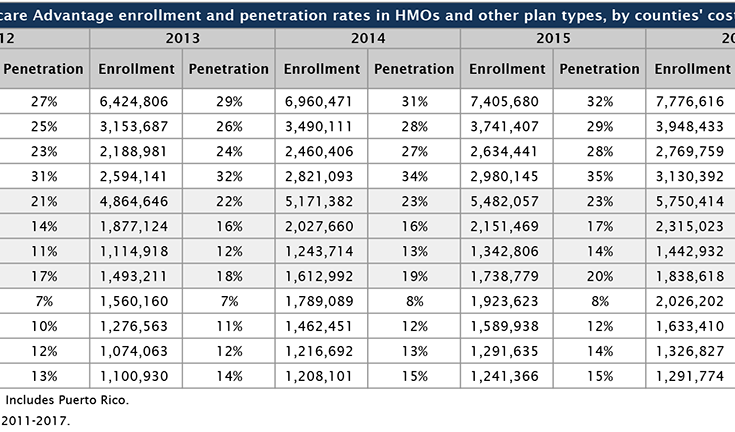 Table A3: Medicare Advantage enrollment and penetration rates in HMOs and other plan types, by counties’ costs, 2011-2017 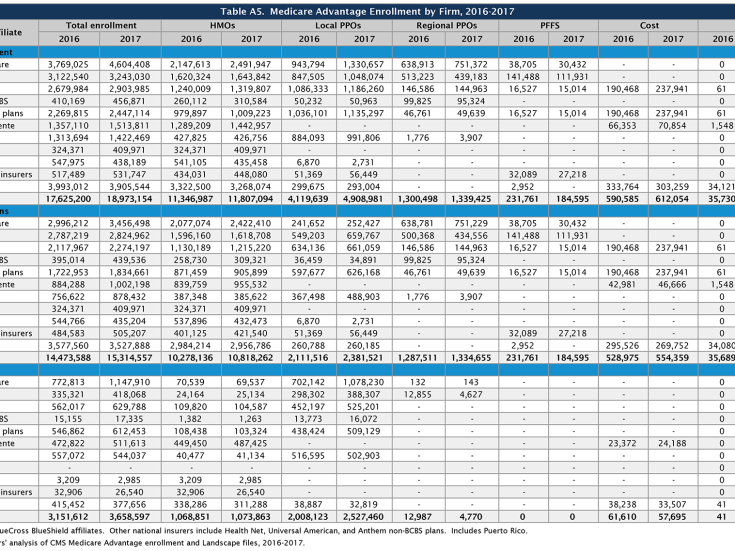