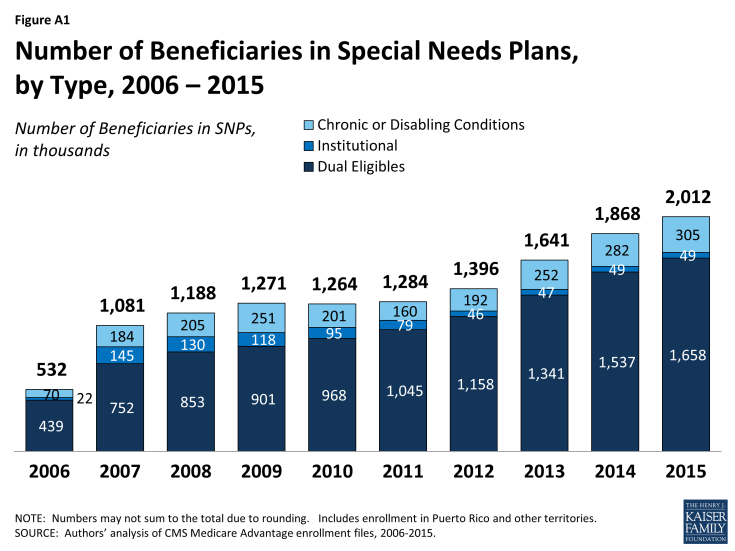 Similar to prior years, most SNP enrollees are in HMOs (86%), with 11 percent enrolled regional PPOs and 3 percent in local PPOs. The majority of SNP enrollees (82%) are in plans serving those dually eligible for Medicare and Medicaid (D-SNPs). Enrollment of dually eligible beneficiaries in D-SNPs varies greatly by state, and is particularly prevalent in Hawaii (49%) and Arizona (41%) (Table A6).

Separately, several states (including CA, IL, MA, MI, MN, NY, OH, SC, TX, and VA) are undertaking demonstrations with CMS to improve the alignment of Medicare and Medicaid for dually eligible beneficiaries using a capitated model. These enrollees are not included in the SNP enrollment statistics provided here because they operate under unique authority and CMS classifies them as demonstrations. Minnesota is an exception because the demonstration uses its existing D-SNPs to improve the administrative alignment of Medicare and Medicaid in these dual SNPs. (Enrollment in Minnesota’s demonstration is included in the SNP enrollment in Table A6.) 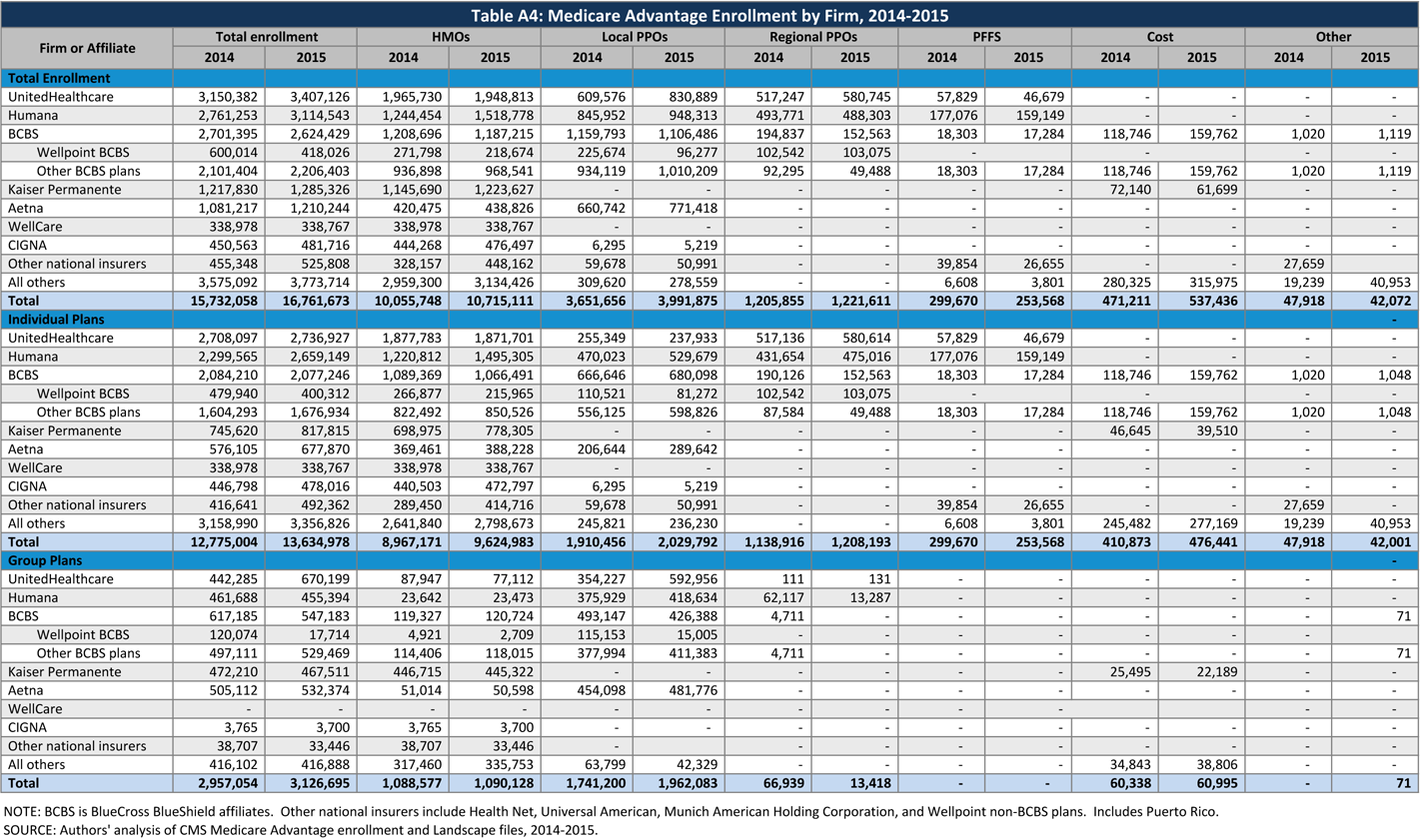 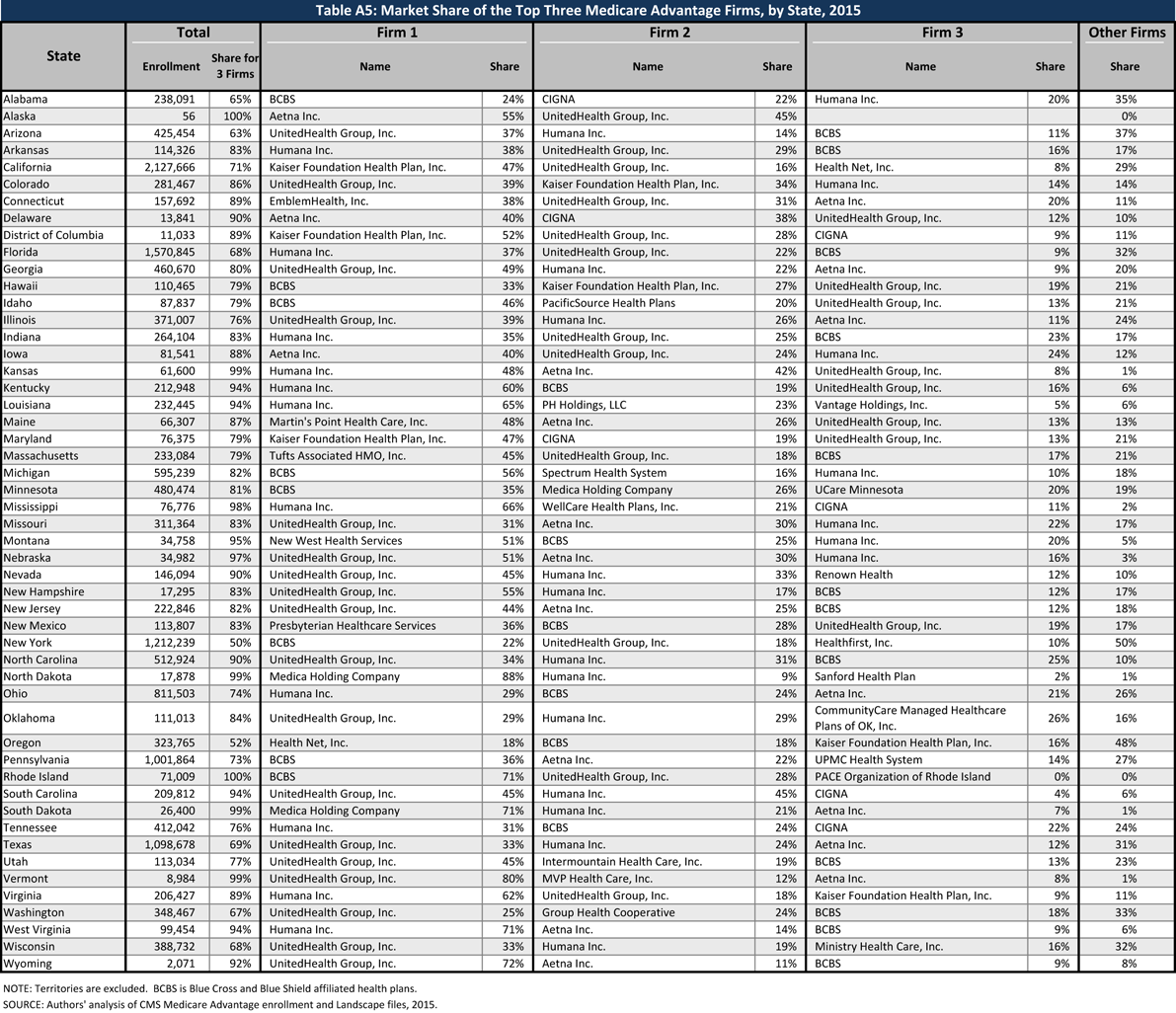