For FY 2016 and FY 2017, national Medicaid enrollment and total spending continue to grow, but much more slowly after high growth in FY 2015 primarily due to the implementation of the Medicaid expansion in the Affordable Care Act. This brief discusses these trends based on interviews and data provided by state Medicaid directors as part of the 16th annual survey of Medicaid directors in all 50 states and the District of Columbia. Conducted by the Kaiser Commission on Medicaid and the Uninsured (KCMU) and Health Management Associates (HMA), the survey focuses on trends and Medicaid policy actions taken by states in FY 2016 and FY 2017. Key findings are described below and provided in a companion report. 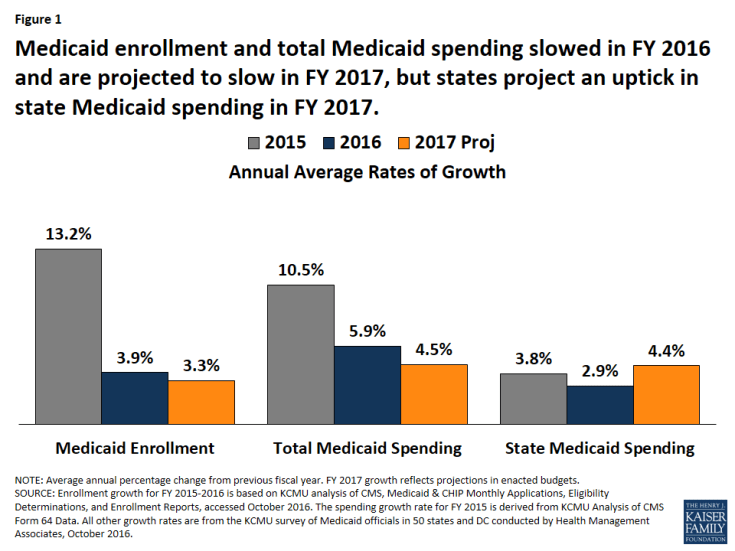 Looking Ahead. Since 2014, an improving economy and the implementation of the ACA have been the primary drivers of Medicaid enrollment and spending trends. Going forward, ACA-related enrollment is expected to stabilize and trends will be influenced more by the economy, upward spending pressures like rising prescription drug costs, and state policy actions. In addition, federal and state elections will have implications for state decisions about whether to implement the ACA and for the future of the ACA more broadly.