Research shows that premiums serve as a barrier to enrollment for low-income families and copayments can limit utilization of needed health care.1 Federal regulations establish parameters for premiums and cost sharing for Medicaid and CHIP enrollees that reflect their limited ability to pay out-of-pocket health care costs due to their modest incomes. Under these rules, states may not charge premiums in Medicaid for enrollees with incomes less than 150% FPL. However, some states have obtained waivers to impose charges in Medicaid that are not otherwise allowed. Maximum allowable cost sharing varies by type of service and income in Medicaid (Table 1). CHIP programs have more flexibility in regard to premiums and cost sharing, but both Medicaid and CHIP limit total family out-of-pocket costs to no more than 5% of family income.

The number of states (30) charging premiums or enrollment fees to children in Medicaid/CHIP held steady in 2018 (Figure 19). The stability of premiums, in part, reflects that the extension of CHIP funding also extended the MOE provision for children’s eligibility and enrollment policies. Under the MOE, states may not implement new premiums or increase premiums outside of routine increases that were approved in the state’s plan as of 2010. Premiums and cost sharing are much more prevalent in CHIP than Medicaid, reflecting that the program covers families with more moderate income levels. Only four states charge premiums for children in Medicaid. These premiums are limited to children in CHIP-funded Medicaid expansions and the lowest income level at which they are charged is 160% FPL. Among the 36 separate CHIP programs, four charge annual enrollment fees and 22 impose monthly or quarterly premiums for children; the lowest income at which these charges begin is 133% FPL. 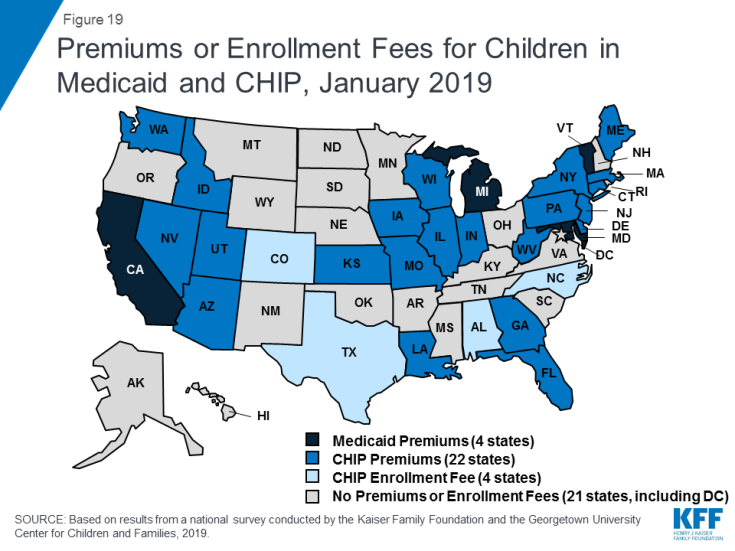 Figure 19: Premiums or Enrollment Fees for Children in Medicaid and CHIP, January 2019

States vary in disenrollment policies related to non-payment of premiums within federal rules designed to minimize gaps in coverage for children. The minimum grace period before canceling coverage for non-payment of premiums is 60 days in Medicaid and 30 days in CHIP. However, 16 of the 22 states charging monthly or quarterly premiums in CHIP provide at least a 60 day grace period. Children who are disenrolled from Medicaid for non-payment of premiums cannot be locked-out of coverage for a period of time as a penalty for non-payment, while separate CHIP programs may establish a lockout period of up to 90 days. Among the 22 states charging monthly or quarterly premiums in CHIP, eight states do not impose lockout periods, including Georgia, which eliminated the practice in 2018. As of January 2019, 14 states maintain lockout periods in CHIP ranging from 1 month to 90 days. 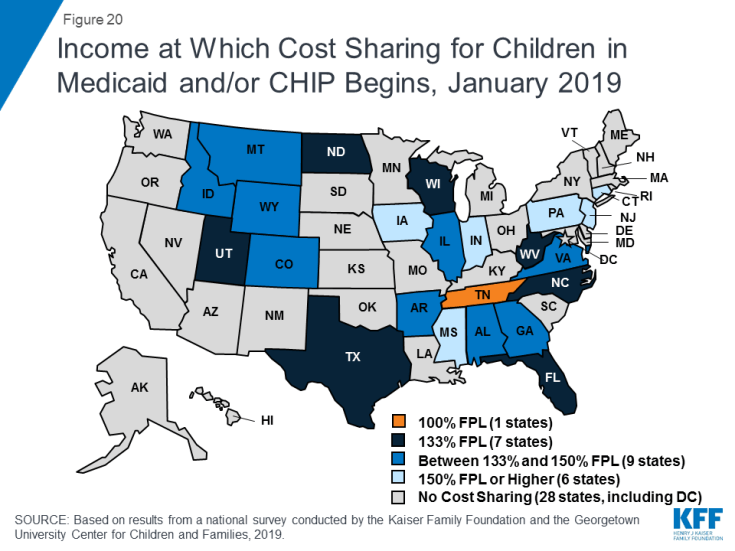 Figure 20: Income at Which Cost Sharing for Children in Medicaid and/or CHIP Begins, January 2019

Some states have obtained waivers to charge premiums or monthly contributions for adults in Medicaid that would not otherwise be allowed under federal rules. As of January 2019, five states (Arkansas, Indiana, Iowa, Michigan, and Montana) have implemented premiums or monthly contributions for expansion adults, and, in Indiana, the charges also apply to parents. In 2018, Indiana used waiver authority to add a tobacco surcharge of 50% of the normal monthly contribution if the enrollee has been a tobacco user for the past year. Some of these waivers also allow individuals to be locked out of coverage for a period of time if they are disenrolled due to non-payment and to delay coverage until after the first premium is paid. An additional four states (Arizona, Kentucky, New Mexico, and Wisconsin) have obtained waiver approval to charge premiums or monthly contributions to adults and, in some cases, impose lockout periods or delay coverage, but they were not yet implemented as of January 2019. New Mexico is no longer planning to implement the premiums following a change in state leadership and implementation was on hold in Arizona and Wisconsin, while Kentucky is in the process of preparing for implementation.

As of January 2019, most states charge cost sharing for parents and other adults. A total of 39 states charge copayments for parents eligible for Medicaid under traditional pathways that existed before the ACA (Figure 21). In addition, of the 35 states that cover other adults (including the 34 states that have implemented the ACA Medicaid expansion and Wisconsin, which covers other adults but has not adopted the expansion), 25 charge copayments. The number of states charging copayments to traditional parents has remained generally consistent for several years. Although many states impose the charges on all adult beneficiaries, regardless of income, cost sharing amounts in Medicaid are limited by federal law. Two states made minor adjustments to copayments in 2018, including New Hampshire, which lowered cost sharing amounts for expansion adults to match levels charged for 1931 parents, and Indiana which dropped its copayment of subsequent non-emergency use of the emergency room from $25 to $8. 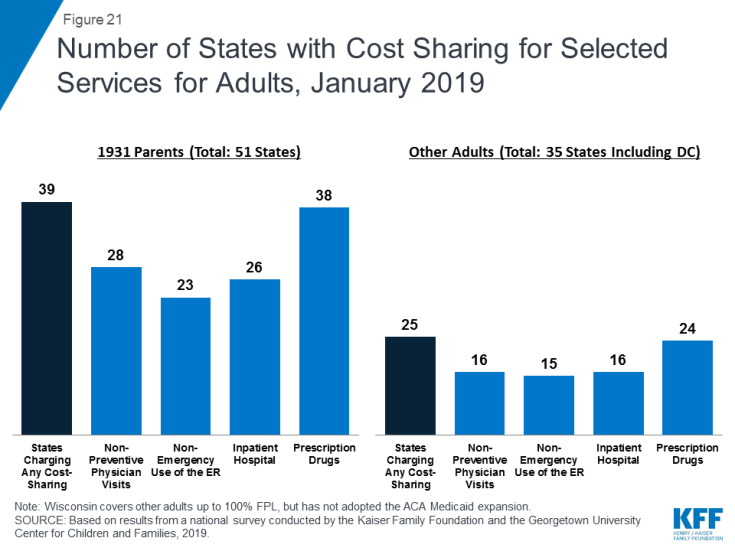 Figure 21: Number of States with Cost Sharing for Selected Services for Adults, January 2019