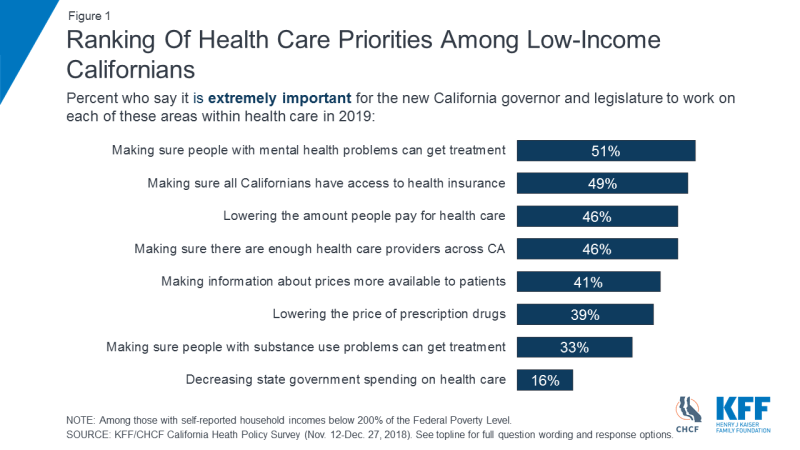 Californians with low incomes are nearly twice as likely as those with higher incomes to say they or a household member had problems paying medical bills in the past 12 months (29 percent versus 15 percent) (Figure 2). 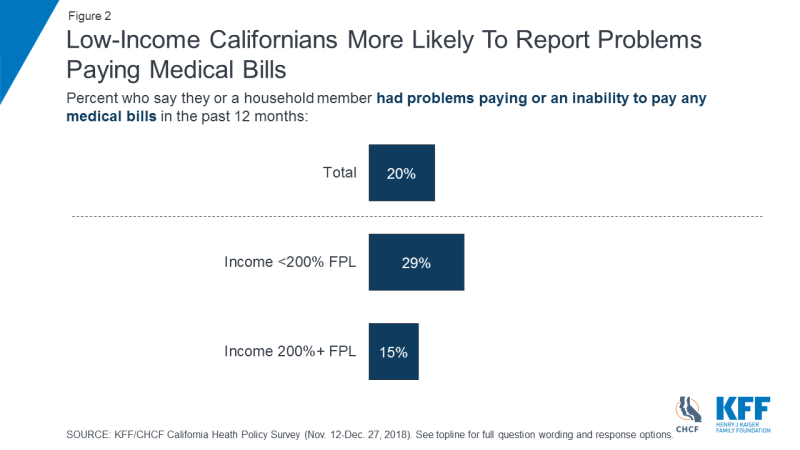 Many Californians with low incomes who had problems paying medical bills report having to cut back in other areas, dip into savings, or borrow money to help address their medical costs. Among the 29 percent of low-income Californians who report problems paying medical bills, nearly three-quarters (73 percent) say they have cut spending on household items to pay medical bills. Two-thirds (67 percent) say they used up all or most of their savings and about six in ten say they put off a vacation or major purchase (63 percent) or borrowed money from friends or family (60 percent) (Figure 3). 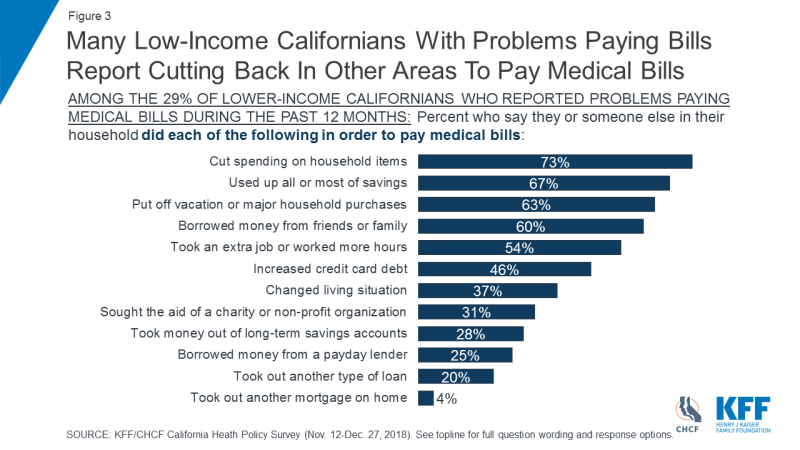 Figure 3: Many Low-Income Californians With Problems Paying Bills Report Cutting Back In Other Areas To Pay Medical Bills

More than half of Californians with low incomes (55 percent) say that they or a family member living in their household delayed or went without some type of medical or dental care in the past year because they had difficulty affording the cost. This compares to 36 percent of those with higher incomes (not shown). Four in ten low-income Californians say someone in their household skipped dental care or checkups, 28 percent say they or a household member put off or postponed getting health care, and about a quarter say someone in their household skipped a recommended test or treatment (24 percent) or did not fill a prescription (24 percent) because of cost (Figure 4). 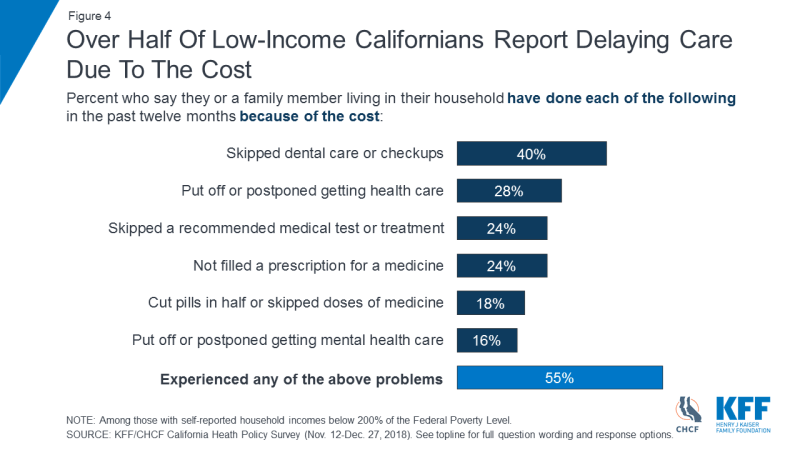 Figure 4: Over Half Of Low-Income Californians Report Delaying Care Due To The Cost 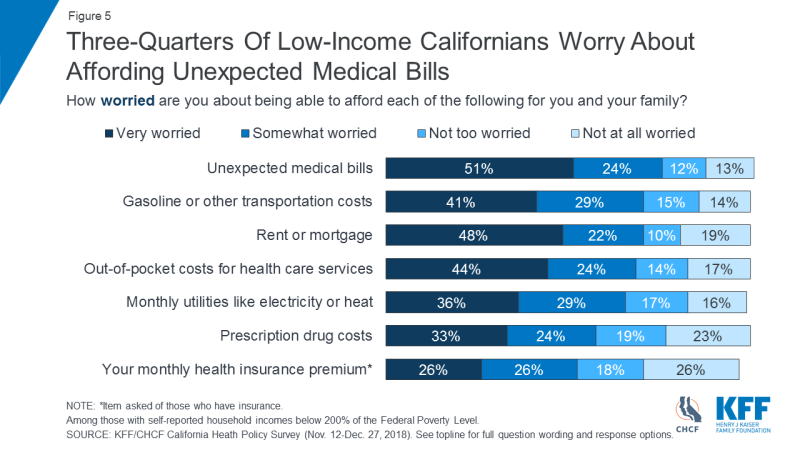 Cost concerns are also evident among low-income adults who are uninsured. Among uninsured Californians age 18–64 with low incomes, about half (49 percent) say they have been without health insurance for two years or more, and cost and affordability (28 percent) is the top reason cited for why they lack insurance (Figure 6). 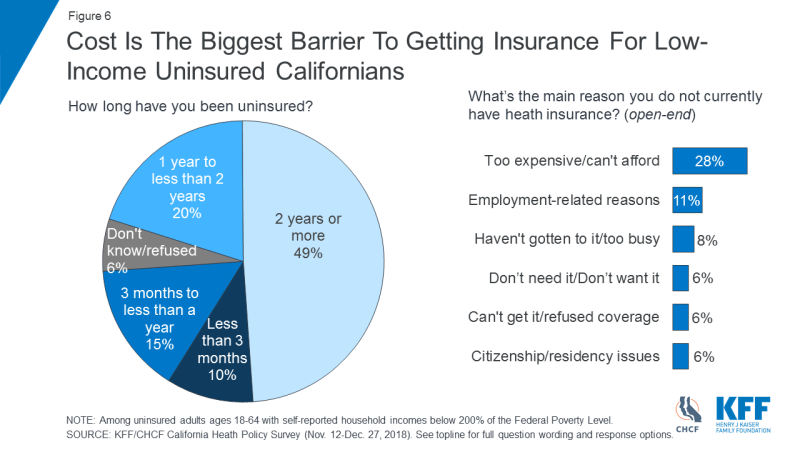 Figure 6: Cost Is The Biggest Barrier To Getting Insurance For Low-Income Uninsured Californians 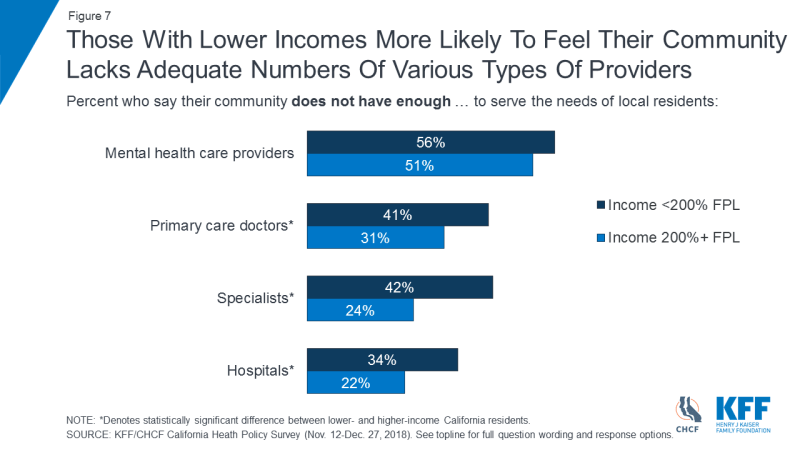 Figure 7: Those With Lower Incomes More Likely To Feel Their Community Lacks Adequate Numbers Of Various Types Of Providers 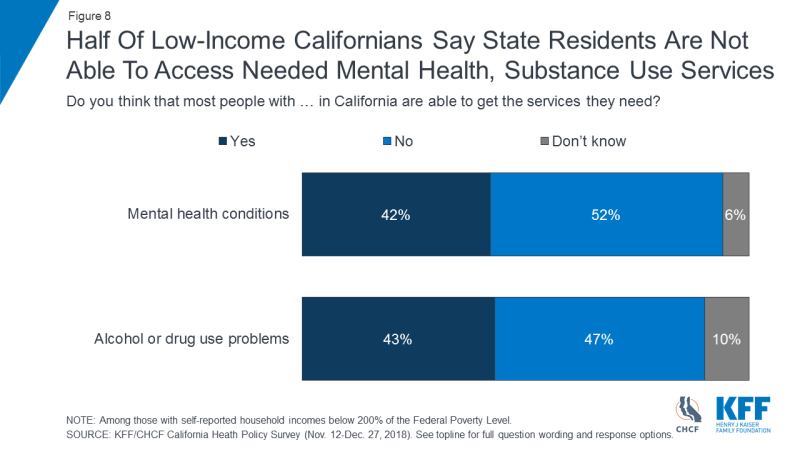 Figure 8: Half Of Low-Income Californians Say State Residents Are Not Able To Access Needed Mental Health, Substance Use Services

Similar shares of Californians across income levels say they or a family member have sought counseling or treatment for alcohol or drug use (Figure 9).

Californians with low incomes are slightly more likely than those with higher incomes to say they or a family member sought counseling or treatment for a mental health condition, such as anxiety or depression, in the past twelve months (29 percent versus 23 percent) (Figure 9). 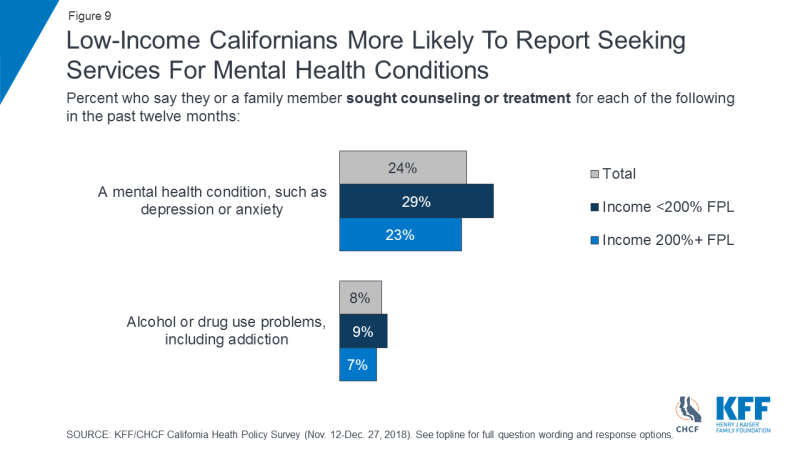 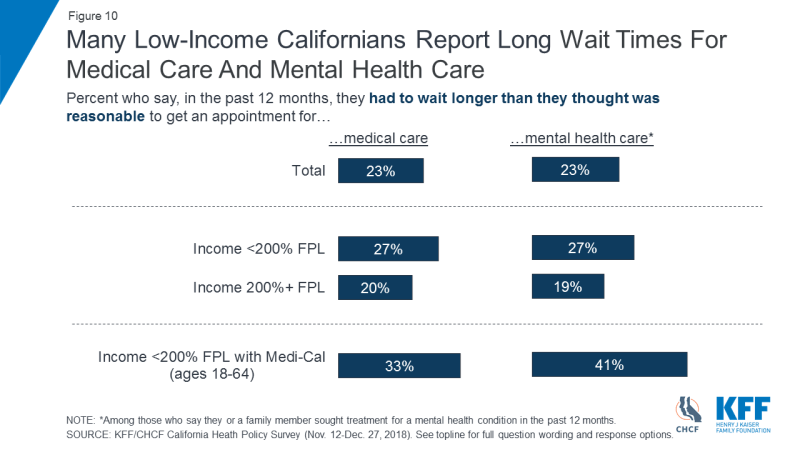 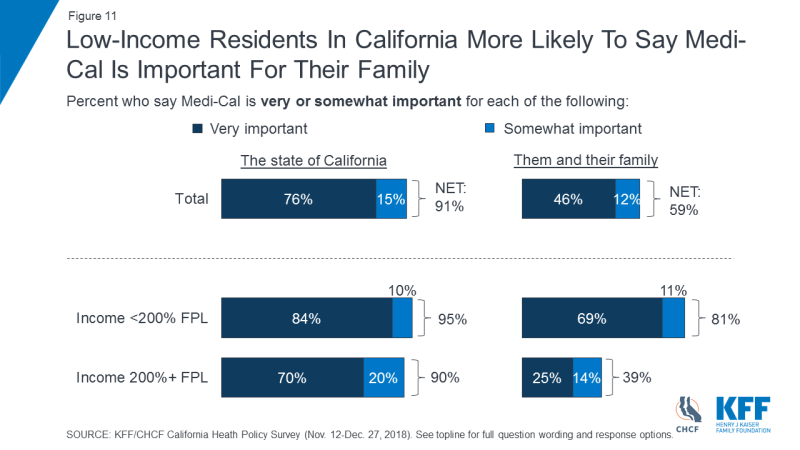 Figure 11: Low-Income Residents In California More Likely To Say Medi-Cal Is Important For Their Family