Coronavirus and the 2020 Election, ACA 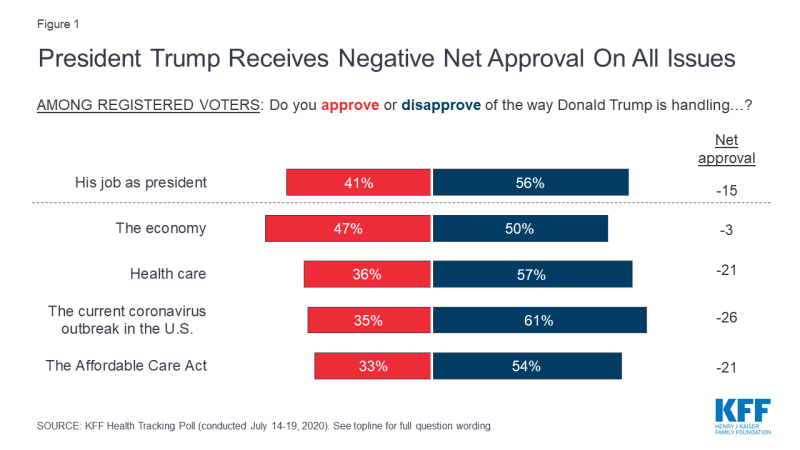 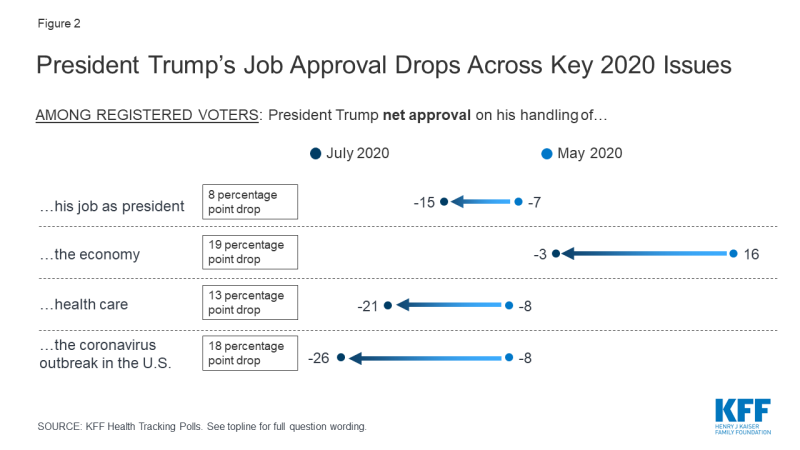 Voters’ opinions of President Trump’s handling of the issues probed in the poll are largely partisan, with Republicans giving him much higher marks across all of the issues asked about. Majorities of Republican voters approve of President Trump’s handling of his job as president (84%), the economy (87%), health care (78%) and the coronavirus outbreak in the U.S. (74%), yet his net approval on each of these issues is down by double digits among Republicans since May.

Swing voters, a crucial group of voters who have not yet decided which candidate they will vote for in November, are also negative in their assessments of President Trump’s presidency and his handling of most national issues – but remain positive in their assessment of his handling of the economy. Swing voters (who comprise 29% of all voters) largely disapprove (57%) of the way President Trump is handling his job overall and are also negative in Trump’s handling of both the coronavirus outbreak (66% disapprove) and health care (58% disapprove). 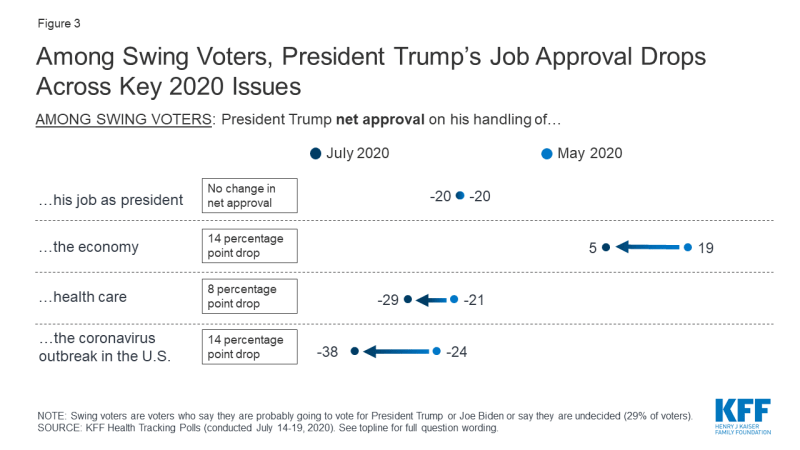 Another important group of voters to watch in 2020 are voters living in states where the election outcome is less predictable. The attitudes of these Electoral College battleground voters will be important in the upcoming election, as their states and districts are likely to swing the Electoral College towards President Trump or Joe Biden.1 This group of voters, representing 38% of all voters, are evenly split in their party preferences, with three in ten saying they are Democrats, Republicans and Independents (31%, 30% and 31% respectively). 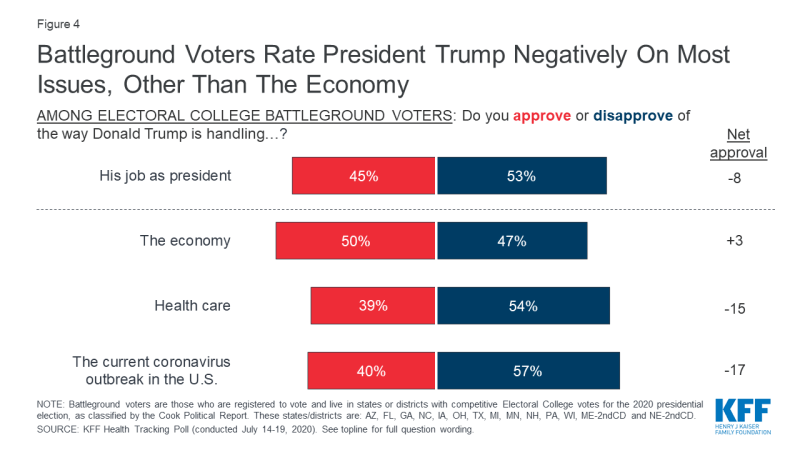 Figure 4: Battleground Voters Rate President Trump Negatively On Most Issues, Other Than The Economy

The public’s attitudes towards the 2010 Affordable Care Act (ACA) have remained relatively unchanged over the past 5 months, with half (51%) now saying they hold a favorable opinion of the law, while 36% hold an unfavorable view. 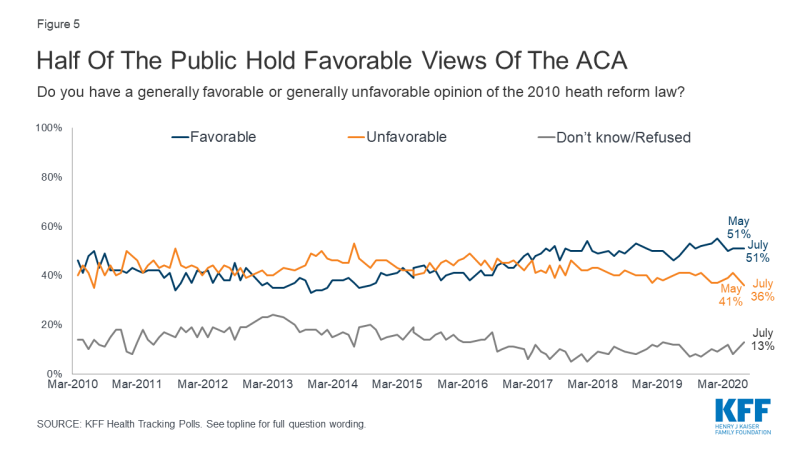 Figure 5: Half Of The Public Hold Favorable Views Of The ACA

On June 25th, 2020, the Trump administration issued a brief asking the U.S. Supreme Court to overturn the entire Affordable Care Act. The brief was filed in support of an ongoing challenge to the ACA by a group of Republican attorneys general in California v. Texas, a case that challenges the legality of the ACA in light of the zeroing out of the individual mandate penalty in the 2017 Tax Cuts and Job Acts. While there is a possibility that the case may be heard in the days leading up to the 2020 election, no opinion is expected to be issued until 2021. 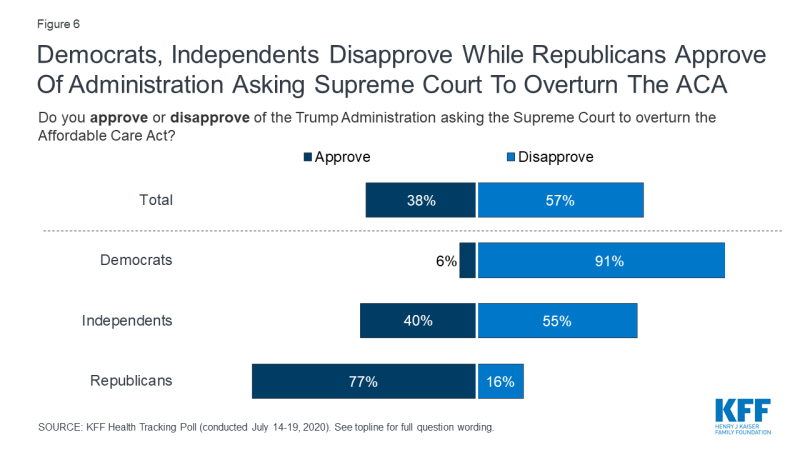 If the Supreme Court sides with the Trump administration and the coalition of Republican attorneys general, all or parts of the 2010 Affordable Care Act would no longer be the law of the land. About half (53%) of the public do not want to see the ACA overturned by the Supreme Court while four in ten (38%) say they want to see the law overturned. Once again, attitudes are largely partisan with eight in ten Democrats (82%) and half of independents (51%) not wanting the law overturned, while seven in ten Republicans say the Supreme Court should overturn the 2010 health care law. Previous KFF polling has found that majorities across partisans want many of the ACA’s protections to remain in place. 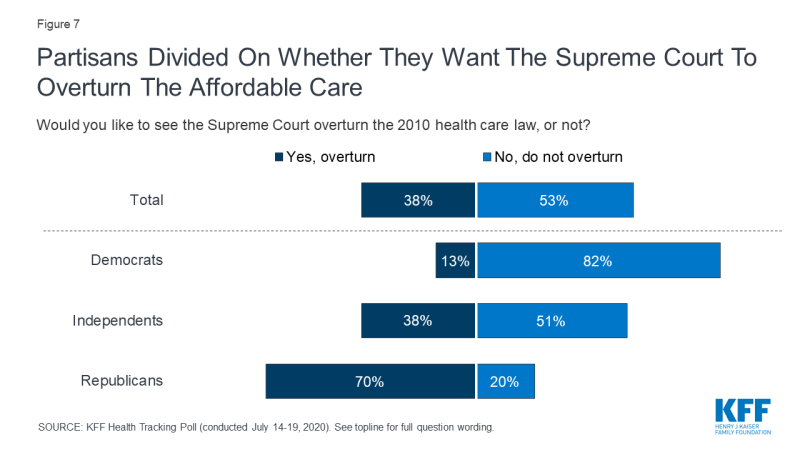 Figure 7: Partisans Divided On Whether They Want The Supreme Court To Overturn The Affordable Care