The Medicaid program is jointly funded by states and the federal government. The federal government guarantees match funds to states for qualifying Medicaid expenditures (payments states make for covered Medicaid services provided by qualified providers to eligible Medicaid enrollees.) The federal match rate (Federal Medical Assistance Percentage or FMAP) is calculated annually for each state using a formula set in the Social Security Act which is based on a state’s average personal income relative to the national average; poorer states have higher FMAPs. Personal income data are lagged, so data used for FFY 2015 FMAPs are from the three years of 2010 to 2012. According to the formula, the FMAP in FFY 2015 varies across states from a floor of 50 percent to a high of 73.6 percent. (Figure 14)  This means every $1 of state spending on Medicaid is matched with at least $1 of federal funds.1 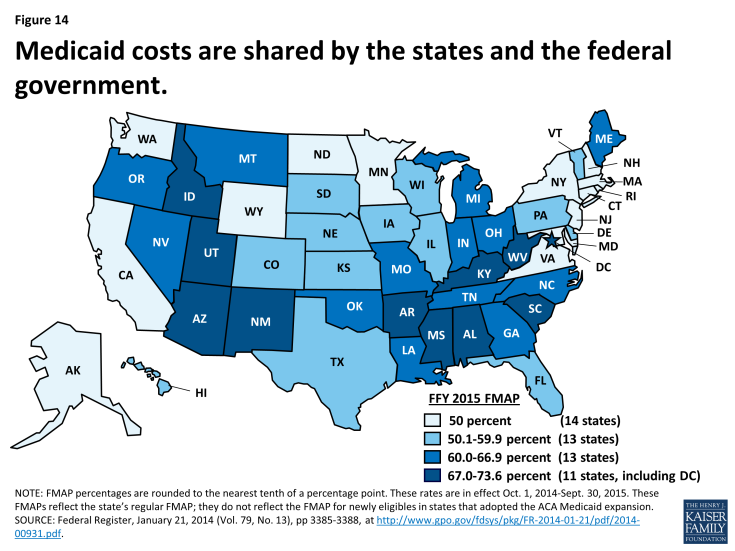 Figure 14: Medicaid costs are shared by the states and the federal government. 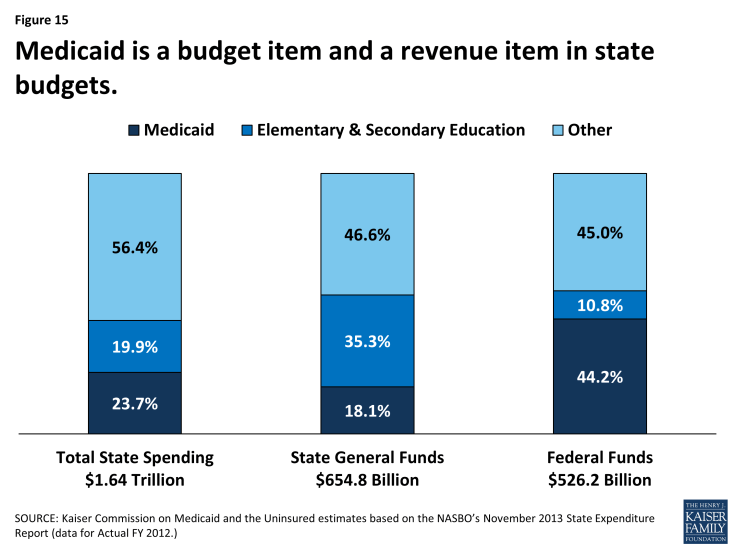 Figure 15: Medicaid is a budget item and a revenue item in state budgets. 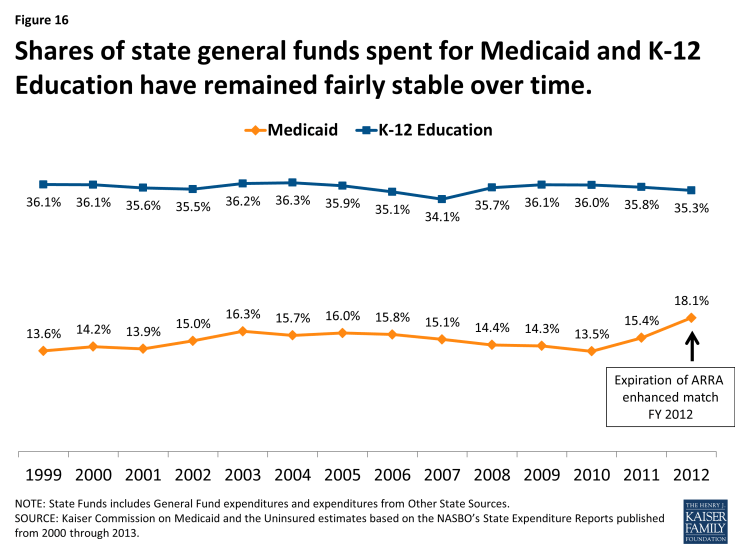