Further highlighting the income challenges that Texas Gulf Coast immigrants experienced as a result of Hurricane Harvey, the survey also finds foreign-born residents disproportionately likely to report financial difficulties in the months after the hurricane. Compared to residents born in the United States, immigrants affected by Harvey were significantly more likely to say that they or any other adult in their household had fallen behind in paying their rent or mortgage since the storm (39 percent versus 24 percent). Similarly, a larger share of immigrants said that they or a family member had borrowed money from a payday lender to make ends meet (22 percent versus 9 percent). 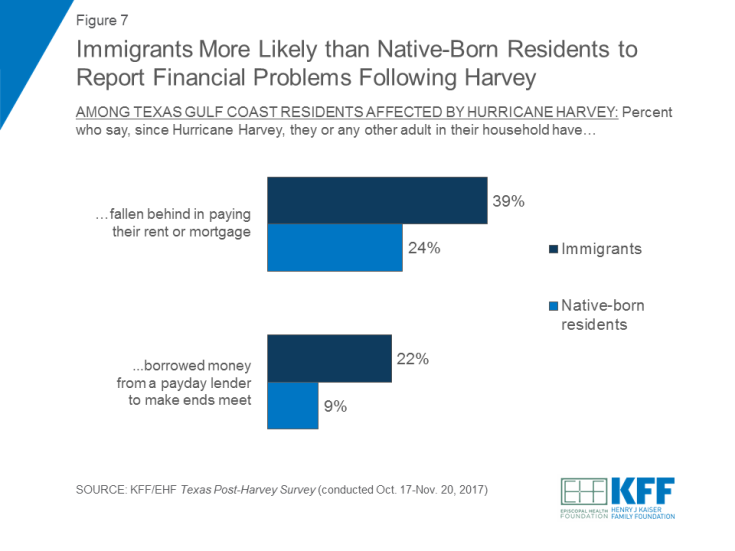 Immigrants were also more likely to report problems accessing health care in the wake of the storm. About a quarter (24 percent) of immigrants who were affected by the storm said they needed more help with getting the medical care they and their family needed, compared to a smaller share (13 percent) of native-born residents. 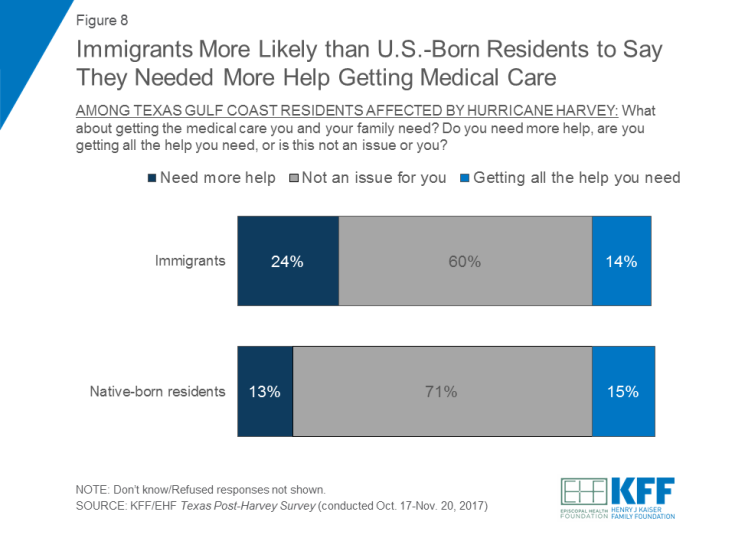 This difference may be related to the fact that immigrants are more likely than native-born residents to lack insurance coverage and access to health care providers. When asked about their health care, immigrants were about twice as likely as native-born residents to say they did not have health insurance (51 percent versus 24 percent). About four in ten immigrants also said they either visit the hospital emergency room or they have no usual place of care to go to when sick or in need of advice about their health (42 percent). This is compared to a much smaller share of residents born in the United States who said the same (23 percent). 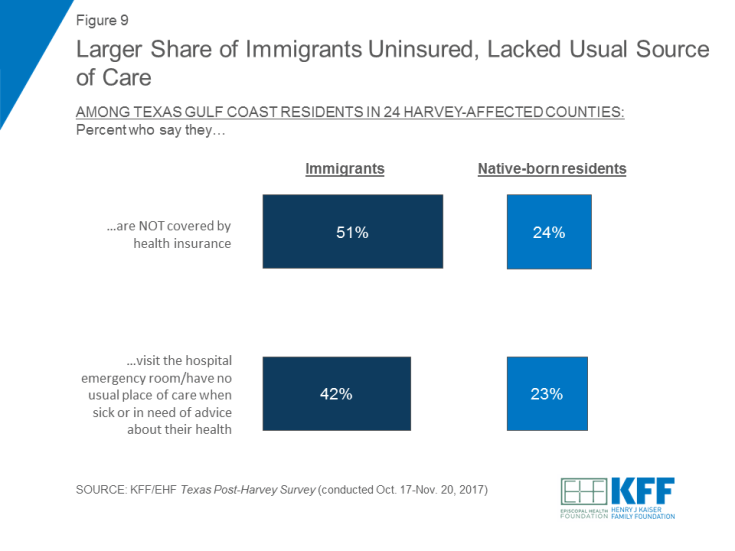