Section 1: A Profile of Immigrants in Harvey-Affected Texas Counties 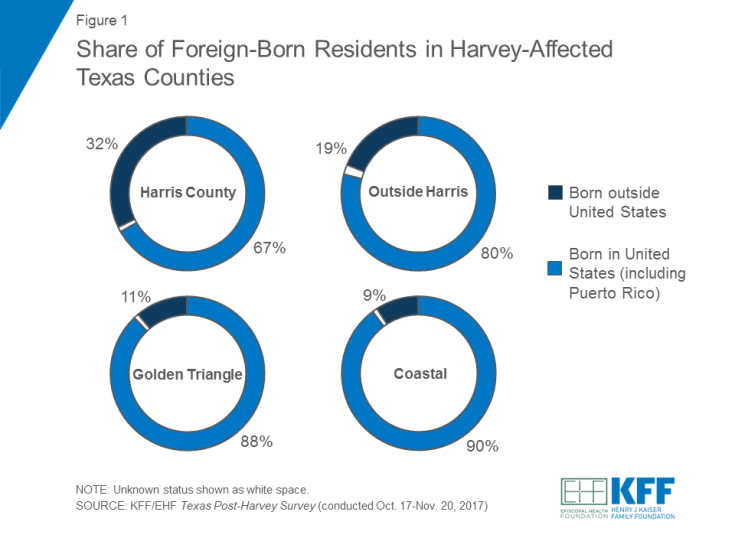 In the 24-county region, there are a number of characteristics that distinguish immigrants from their native-born counterparts. Some of these differences may point to the potential vulnerability of foreign-born residents in recovering from storms such as Harvey.

Compared to native-born residents, immigrants in these Texas counties report more tenuous financial and social circumstances. When asked how many relatives and friends they had living nearby who they could rely on for help and support, seven in ten immigrants (69 percent) said they had “just a few” or “no people living nearby.” This is compared to about half of native-born residents who said the same. In terms of their economic situation, immigrants were more likely than native-born residents to report having incomes under 200% of the Federal Poverty Level (56 percent versus 40 percent), and less likely to have at least some college education (62 percent versus 41 percent). Among those who were directly affected by Hurricane Harvey, immigrants were much less likely than those born in the United States to say that if they lost their job or source of income, they would be able to live comfortably for at least 6 months (12 percent versus 30 percent). 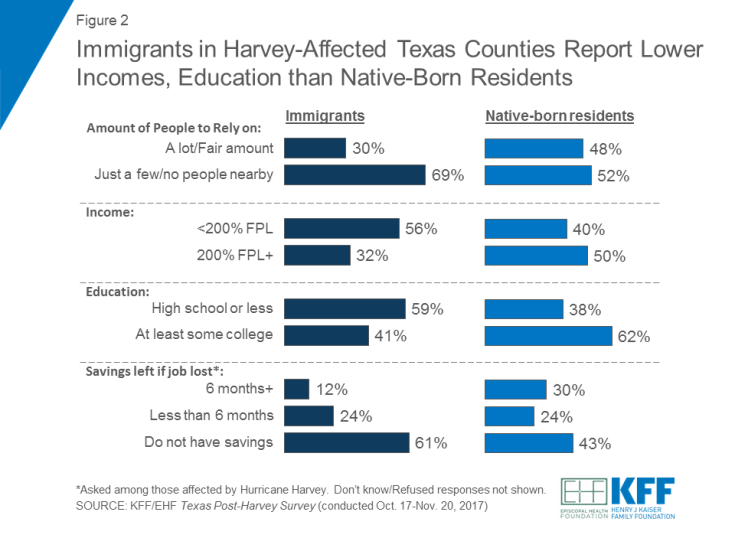 Four in ten foreign-born residents (41 percent) in the survey said they had lived in the United States for 10 years or fewer.2 Furthermore, about half were likely to be undocumented – a status that was determined by asking immigrants whether they were a permanent resident (i.e. had a green card) when they came to the United States or if their status had been changed to permanent resident since arriving. 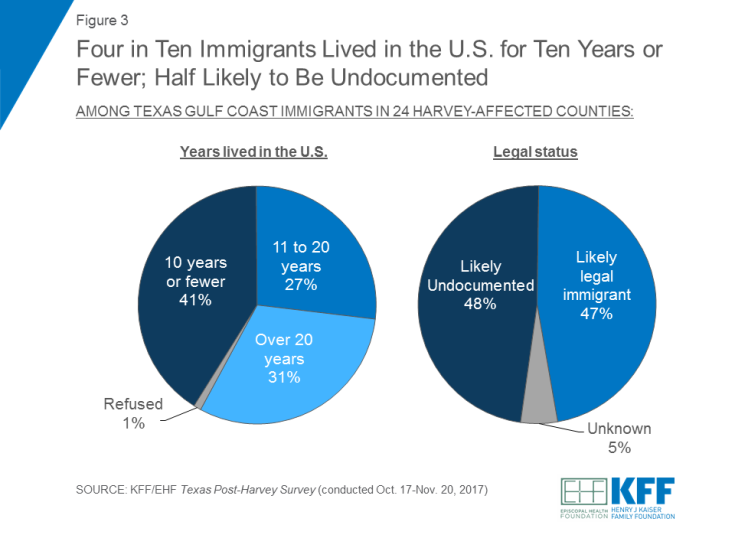 Figure 3: Four in Ten Immigrants Lived in the U.S. for Ten Years or Fewer; Half Likely to Be Undocumented

There are also other differences in the demographic profiles of immigrants and native-born residents in the Texas Gulf Coast – specifically by age, parental status, and race/ethnicity. Compared to residents born in the United States, immigrants were younger (three-quarters are under 50 years of age) and more likely to be the parent of a child in their household. About seven in ten immigrants in the 24-county region were Hispanic. 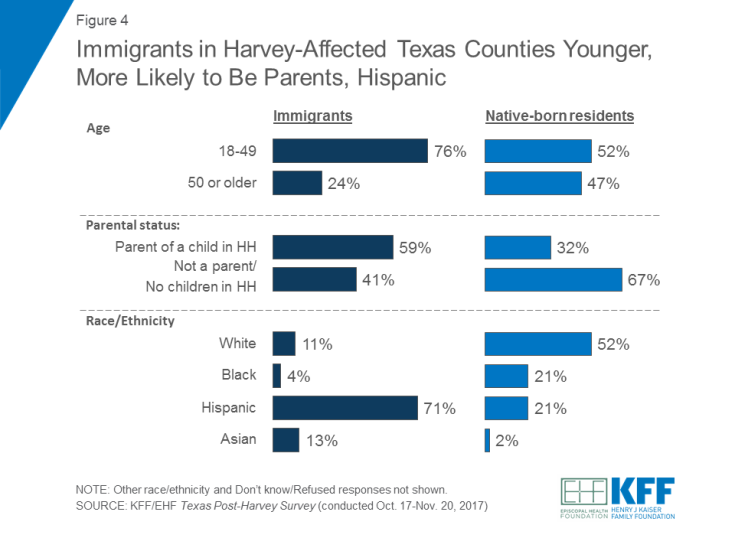 Introduction Section 2: How Were Immigrants Affected by Hurricane Harvey?