As U.S health care spending continues to grow faster than the economy, several health care reform proposals would leverage Medicare’s payment structure in order to help control health care costs while also improving consumers’ access to health coverage. Notably, Democratic presidential nominee Joe Biden has proposed a “public option” that would allow eligible individuals to choose between private insurance or a publicly sponsored plan, similar to Medicare. While Biden has not specified how much health care providers would get paid under the public option, a campaign document says it would be administered by Medicare. His proposal would also lower the age of Medicare eligibility to 60, giving older adults the option to choose coverage under Medicare.

Amidst the debate on health care reform, some have expressed concerns that an approach that adopts Medicare payment rates, or a multiplier of Medicare rates, would jeopardize providers’ financial viability, leading physicians to “opt out” of the Medicare program, potentially leading to a shortage of physicians willing to treat Medicare beneficiaries and compromising patients’ access to care. This issue takes on even greater importance during the coronavirus pandemic, with COVID-19 deaths surpassing 200,000, including a disproportionate share of older adults.

This analysis examines the extent to which non-pediatric physicians are opting out of Medicare, by specialty, and by state, based on data published by the Centers for Medicare & Medicaid Services (CMS) as of September 2020. For the total number of active state-licensed physicians, we use data from  Redi-Data, Inc.

The Medicare Access and CHIP Reauthorization Act of 2015 (MACRA) (Pub. L.114-10) made it easier for physicians and practitioners to opt-out of the Medicare program by lifting the requirement that physicians file opt-out affidavits every 2 years to renew their status.  Prior to changes in law made in 2015, physicians and practitioners were required to opt-out of Medicare for all of their Medicare patients for a 2-year period and were also required to file a new affidavit to renew their opt-out.

Past proposals, including a 2019 executive order issued by President Trump, have called for policy changes that would make it easier for physicians and other practitioners to enter into private contracts with their Medicare patients and therefore bill patients higher fees than the Medicare allowed amount.

With health care reform proposals—including a “public option” supported by Vice President Biden—potentially on the agenda after the 2020 presidential election, this brief examines the share of non-pediatric physicians opting out of Medicare, by specialty and state in 2020. 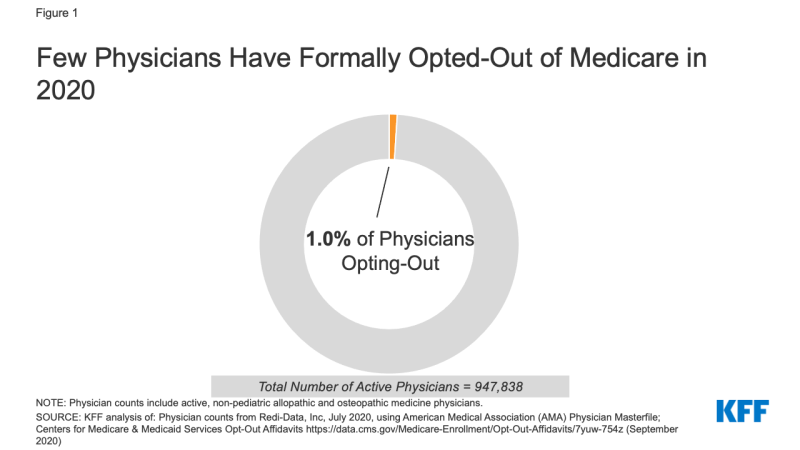 Figure 1: Few Physicians Have Formally Opted-Out of Medicare in 2020

While the overall opt-out rate is 1 percent, opt-out rates are somewhat higher for certain specialties, such as psychiatry and plastic and reconstructive surgery.  In 2020, 7.2 percent of psychiatrists opted out of Medicare, followed by 3.6% of physicians specializing in plastic and reconstructive surgery and 2.8 percent of physicians specializing in neurology (Figure 2).

Psychiatrists are disproportionately represented among the 1.0 percent of active physicians who have opted out of Medicare.
As of September 2020, psychiatrists account for the largest share (42%) of opt-out physicians, followed by physicians in family medicine (19%), internal medicine (12%), and obstetrics/gynecology (7%) (Figure 3). 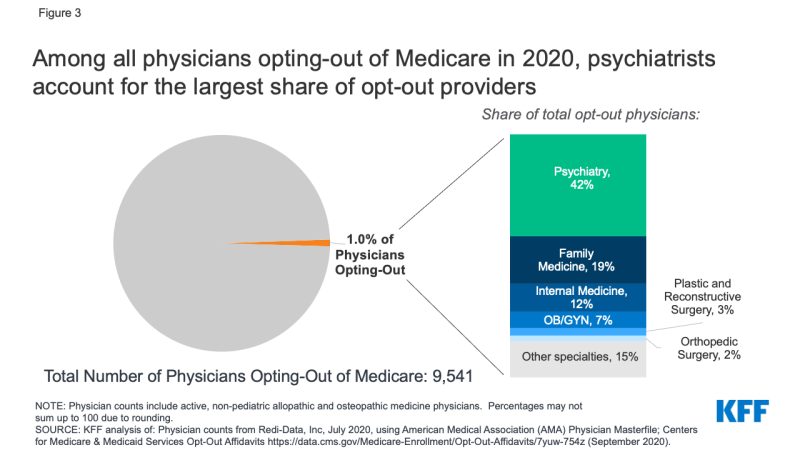 Figure 3: Among all physicians opting-out of Medicare in 2020, psychiatrists account for the largest share of opt-out providers

In addition to physicians, another 4,075 select clinical professionals with doctorate degrees (i.e., chiropractors, oral surgeons, podiatrists, and optometrists) have also opted-out of the Medicare program, with oral surgeons accounting for the vast majority (95%) of this group (Table 1).

Our analysis shows that relatively few physicians are opting-out of Medicare, similar to prior analyses. Notably, we find that psychiatrists have the highest opt-out rates and are disproportionately represented among physicians who have opted out of Medicare in 2020. This is consistent with previous analyses that found that psychiatrists are less likely than other physician specialties to accept new patients with Medicare or private insurance, suggesting that psychiatrists may prefer to be paid directly from patients rather than insurers, to avoid the administrative burden and have the flexibility to charge higher fees. The relatively high rates of psychiatrists opting of Medicare is a particularly salient concern for older adults during the COVID-19 pandemic and resulting economic recession, with one in four older adults reporting symptoms of anxiety or depressive disorder.

Our analysis also finds little state-level variation in the percent of physicians opting-out, with only 3 states (Alaska, Colorado, Wyoming) having opt-out rates at or above 2.0% in 2020.  Further research is needed to examine the extent to which opt out rates may be higher or lower in certain geographic areas, and whether there is an association between opt-out rates and physician and practice-level characteristics,  and community characteristics.

While our analysis finds that the vast majority of non-pediatric physicians have not “opted-out” of Medicare, past analyses have reported that some physicians are not accepting any new patients, including patients with Medicare and private insurance (i.e., closed practices). Past analysis found that 21% of non-pediatric primary care physicians accept Medicare but are not taking any new Medicare patients, as compared to 14% who are not taking new patients with commercial insurance. Further, according to a recent analysis by MedPAC, Medicare beneficiaries have stable access to care, with the majority reporting having a usual source of care (92% of beneficiaries) and having no trouble finding a new primary care physician (72% of beneficiaries) or specialist (85% of beneficiaries).

With health care reform potentially on the agenda if Biden wins the 2020 presidential election, including proposals that would adopt elements of Medicare in a public option or lower the age of Medicare eligibility, some critics have argued that these proposals would lead to more physicians opting out of Medicare, creating barriers to care for people with Medicare. Our analysis finds that despite changes in law that have made it easier for physicians and practitioners to opt-out of the Medicare program, few physicians are doing so. If a public option moves forward, and if current opt-out rules apply to both Medicare and the public option, physicians may be even less likely to opt out to retain their patients and revenue.  At the same time, if the public option adopts rates linked to Medicare, there is some risk that the number of physicians opting out would increase, although they would have fewer patients available to charge higher prices. The details of a public option – including provider payment rates and how closely tied provider participation is to Medicare – could have big implications for how many physicians participate as well as the potential savings.