Medicaid provides coverage for over 70 million low-income families and adults.1 The Affordable Care Act (ACA) sought to extend Medicaid’s reach by expanding eligibility to nonelderly adults with incomes at or below 138% of the federal poverty level (FPL) ($27,310 for a family of three in 2014).2 While the Medicaid expansion was intended to be national, the 2012 Supreme Court decision effectively made it optional for states, and as of January 2016, 19 states have not adopted the expansion.3

For low-income families and individuals not eligible for Medicaid, affordable health coverage options may be limited. Some low-income workers may be offered coverage by their employers, and those in states that have not expanded Medicaid who do not have coverage through their jobs may be eligible for premium subsidies in the Marketplaces if their income is above the poverty level. These private insurance options, however, often require consumers to pay premiums and may also require cost sharing in the form of deductibles, copayments, and co-insurance when they access care.

To gain a better understanding of the impact of insurance on the health care spending and budgets of low-income households, we use data from the 2014 Consumer Expenditure Survey to compare health care spending among low-income households (those with income below 138% FPL or $27,310 for a family of three in 2014) covered by Medicaid to those households not covered by Medicaid. Spending on health care as a share of total household spending, and the distribution of health spending on premiums and out-of-pocket costs for medical services, supplies and prescription drugs are assessed. 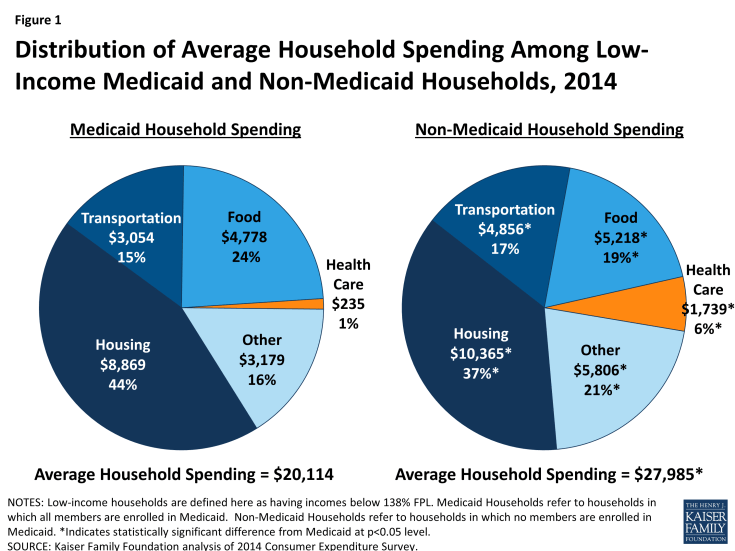 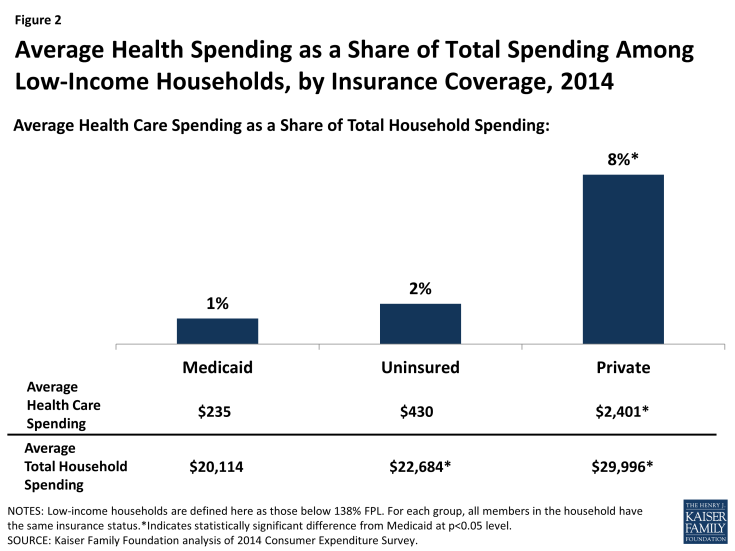 Figure 2: Average Health Spending as a Share of Total Spending Among Low-Income Households, by Insurance Coverage, 2014

Low-income households are particularly vulnerable to the rising cost of health insurance premiums and the increasing use of deductibles and other cost-sharing requirements in private health plans that shift a greater share of health costs to consumers.6 Focusing on premiums specifically, low-income households with private insurance spend an average of $1,729 on premiums or nearly 6% of their total household budgets. In comparison, Medicaid households spend an average of $88 on premiums or 0.4% of their total household budgets (data not shown). Although it is somewhat surprising that Medicaid households report any spending on premiums, these premiums may be for limited dental or vision coverage or for a family member who may have private coverage in addition to Medicaid. 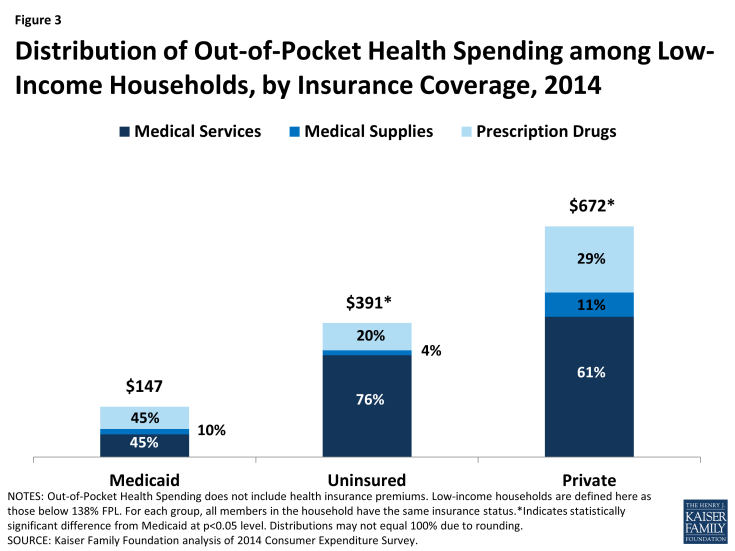 Low-income households allocate the majority of their budgets to necessities such as food, housing, transportation, and health care and often spend more than they earn. Health care spending varies considerably across low-income households with different health coverage. Those households with private insurance dedicate a substantial share of their modest budgets to premium and out-of-pocket health care costs—nearly one in every ten dollars (8%). Those households in which all members are covered by Medicaid spend about a tenth of what their counterparts with private coverage spend on health care costs, and devote a much smaller share of their total household budget to health-related expenses. As such, for the lowest income families, Medicaid enables beneficiaries to access health care services without placing additional strain on their resources, in comparison to the health spending faced by families with private insurance or among the uninsured.