As world leaders meet to discuss the future of financing for development1, this report from the Joint United Nations Programme on HIV/AIDS (UNAIDS) and the Kaiser Family Foundation finds that funding to address HIV in low- and middle-income countries from nine of fourteen donor governments assessed either declined or remained flat in 2014; funding from five governments increased. Donor government funding for HIV overall grew by less than 2 percent, totaling US$8.64 billion in 2014. After adjusting for inflation and exchange rate changes, the increase was marginal (1%). Still, this was its highest level to date. Most of the increase in HIV funding in 2014 can be attributed to the United Kingdom, without which overall disbursements would have dropped. In addition, contributions to Global Fund to Fight AIDS, Tuberculosis and Malaria (the Global Fund), an increasing channel of HIV support for some donors over time, went up overall, while bilateral funding went down. Funding from the United States, the largest donor to HIV in the world, was essentially flat. 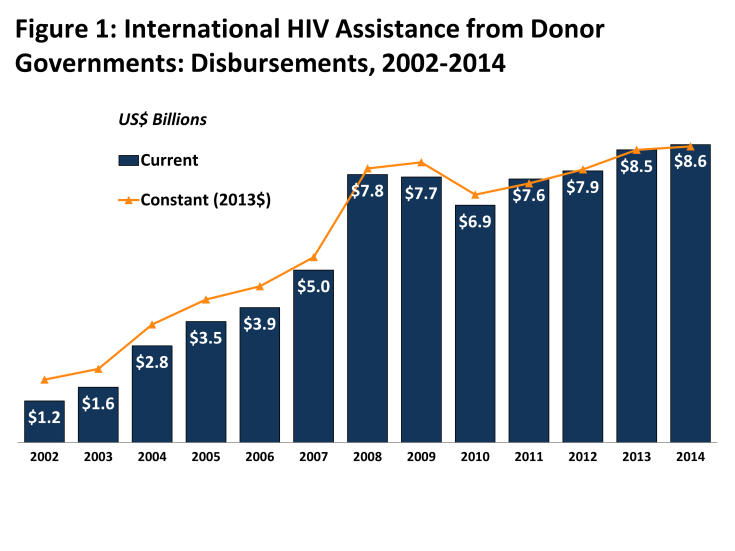