A Profile of Community Health Center Patients: Implications for Policy 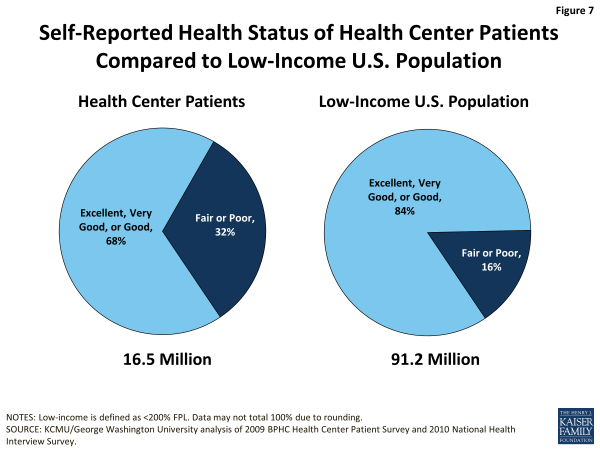 Self-reported health status. Health center patients are twice as likely as low-income people overall to report being in fair or poor health, as opposed to excellent, very good, or good health (32% vs. 16%) (Figure 7). It is important to note again that, because all individuals participating in the Health Center Patient Survey are seeking care, they might be more likely to be in fair or poor health than the broader low-income population captured in the NHIS, a household survey that includes both users and non-users. 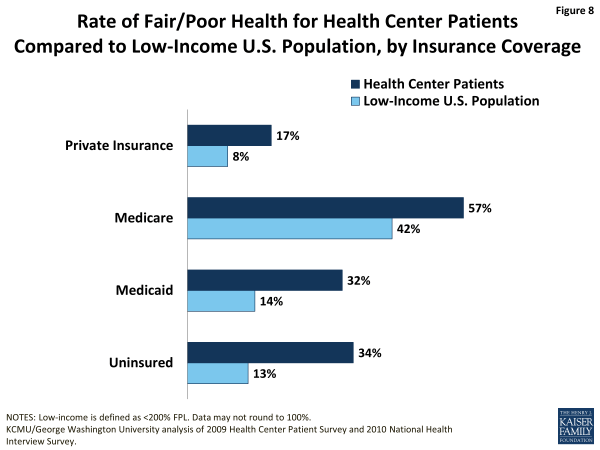 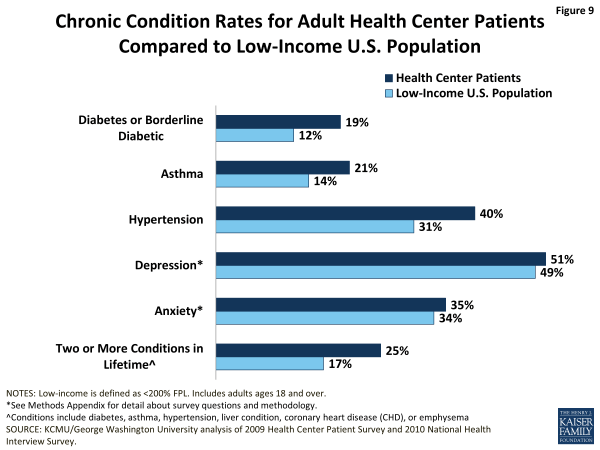 The high rates of chronic illness among adult health center patients may be one reason these individuals presented for care. The high rates also reveal that care of people with chronic diseases and conditions is central to the work of health centers.

Health risk factors. Smoking and obesity rates are not only high among adult health center patients, but also much higher than for the low-income population overall. Nearly two-thirds (65%) of health center patients are current smokers, compared to about a quarter (27%) of all low-income adults (Figure 10). Almost half are obese, compared to 31% of low-income adults overall. Smoking and obesity are closely linked with serious health problems such as cardiovascular disease and diabetes. The very high prevalence of these risk factors in the health center population may help to explain the patterns in chronic disease prevalence discussed above. 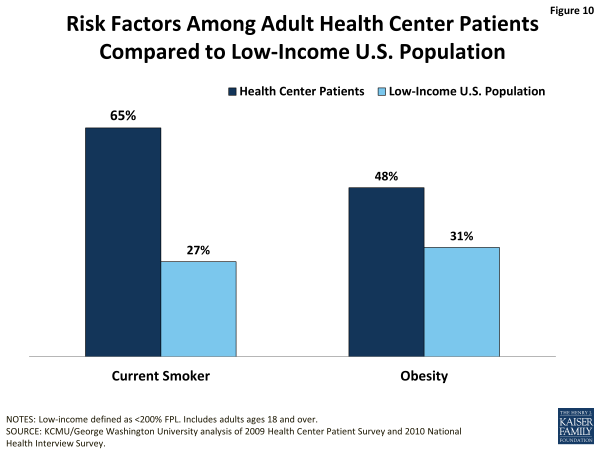 Demographic Characteristics Use of Care