A Profile of Community Health Center Patients: Implications for Policy

Community health center patients differ demographically from the total U.S. population and even from the low-income U.S. population. In part, the differences reflect health centers’ specific statutory mission to serve medically underserved communities and populations. In addition, some of the differences reported in this analysis may stem from the fact that the comparison presented here is between people who use health center services and a general low-income population that comprises both people who use and people who do not use health care (including care offered by health centers) in the survey period. Compared to the low-income population overall, health centers users are poorer, more racially and ethnically diverse, more likely to be working-age adults, and more likely to be unemployed and uninsured. Many of these factors relate to one another. For example, people of color experience disproportionately high rates of unemployment and low income,1 and low-income working-age adults are more likely than others to be uninsured.2

Income. Community health center patients are much more likely to be low-income than the U.S. population overall. More than half (53%) of individuals who obtain at least some of their care from health centers have income below the federal poverty level (FPL) ($11,490 for an individual and $23,550 for a family of four in 2013), and almost another third (32%) have income between 100% and 199% FPL (Figure 1, left panel). The remaining 15%, who have income equal to at least 200% FPL, tend to have very limited income as well. A recent analysis found that only 3% of CHC patients had incomes above 400%.3 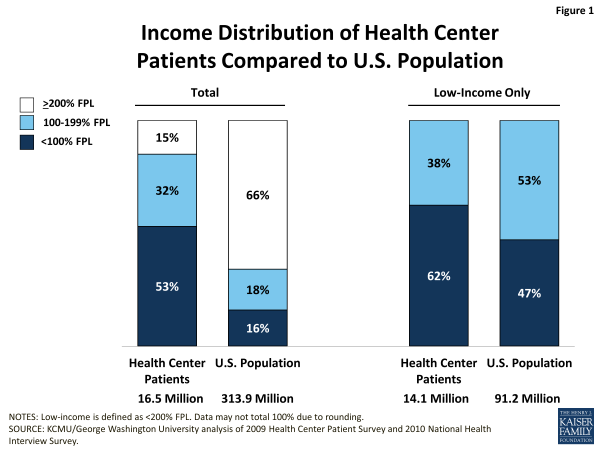 The income distribution of the total U.S. population is much different. One-third of the population is below 200% FPL, divided about evenly between those below poverty and those between 100% and 199% FPL. Two-thirds have income at or above 200% FPL, and income levels in this group are not bunched near 200% FPL but are widely distributed. 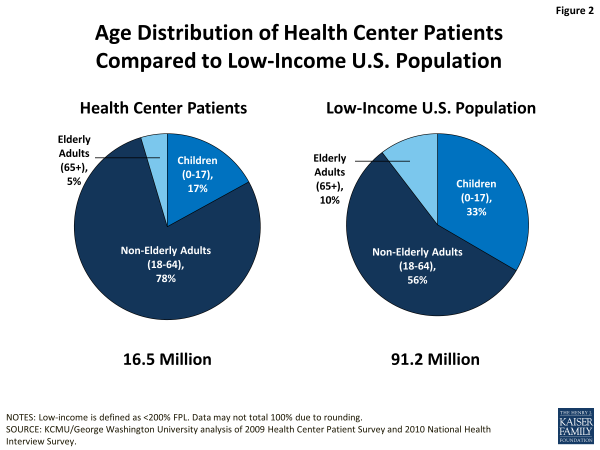 Race/ethnicity. Health center patients are more racially and ethnically diverse than the low-income population overall. They are more likely to be Hispanic, African-American, or a member of another racial or ethnic minority group. Patients are less likely to be White than the general low-income population (Figure 3). Thus, health centers play an important role in serving communities of color and helping narrow racial and ethnic disparities in health care. The relatively high representation of people of color among health center patients is likely a reflection of the strong correlations between race/ethnicity and low income, poorer health status, higher uninsured rates, and residence in medically underserved areas. 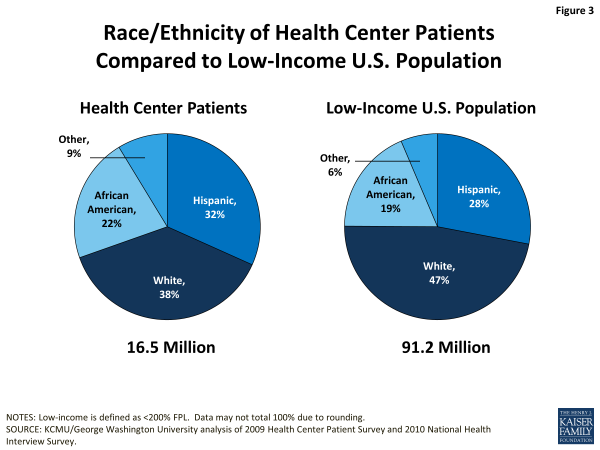 Language preference/primary language. Roughly three-quarters of both health center patients and the low-income population overall report English as their preferred or primary language. Over a fifth (22%) of health center patients say they prefer to speak Spanish over English or another language. Among the general low-income population, 13% say they speak only or mostly Spanish, while another 6% say they speak both English and Spanish. However, the two surveys ask about primary language differently, so the measures are not directly comparable between the two populations (Figure 4). 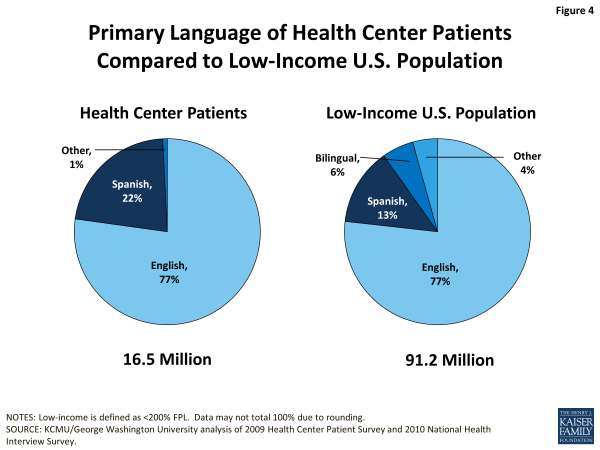 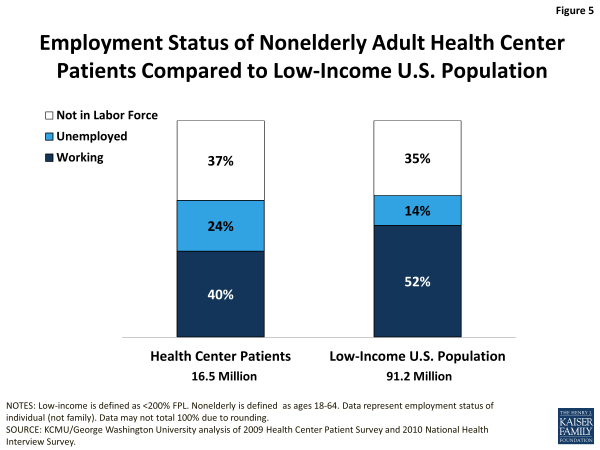 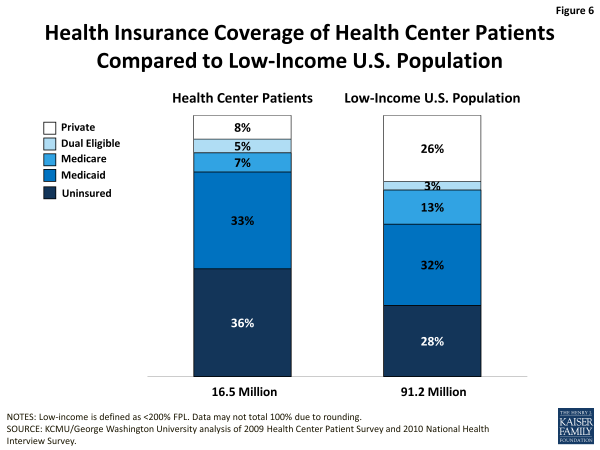 * Note: The total health center population is 16.5 million in all Figures in this brief. This total differs from the total of 20 million health center patients, cited in the Introduction. The difference is attributable to the use of different data sources (2009 Health Center Patient Survey and 2011 Uniform Data System Report (HRSA, 2012), respectively), and to the weighting methodology and additional adjustments to the data in the Health Center Patient Survey.