This chart pack provides data on demographics; health coverage, access, and utilization; and health status by race and ethnicity to provide greater insight into the status of health disparities and changes in disparities since implementation of the Affordable Care Act (ACA) coverage expansions in 2014. It finds:

As of 2017, more than four in ten (42%) nonelderly individuals living in the United States were people of color, slightly higher than the share who were people of color in 2013 (40%). Some areas of the country, particularly the South, were more diverse than others. Between 2013 and 2017, the share of the nonelderly population who are people of color increased in all states, except for DC. Over the 2013 to 2017 period, the share of families with a full-time worker and family income increased and disparities in work status and income narrowed, but gaps between groups of color and Whites remained. As of 2017, people of color were younger, included higher shares of noncitizens, and were more likely to be poor compared to Whites.

All racial and ethnic groups experienced improvements in health coverage, access, and utilization compared to prior to the ACA (Figure 1). Hispanics and Blacks experienced improvements in the largest number of the examined measures related to coverage, access, and use. (See Appendix 1 for an overview of indicators examined.) Data gaps limited the analysis for AIANs and NHOPIs. 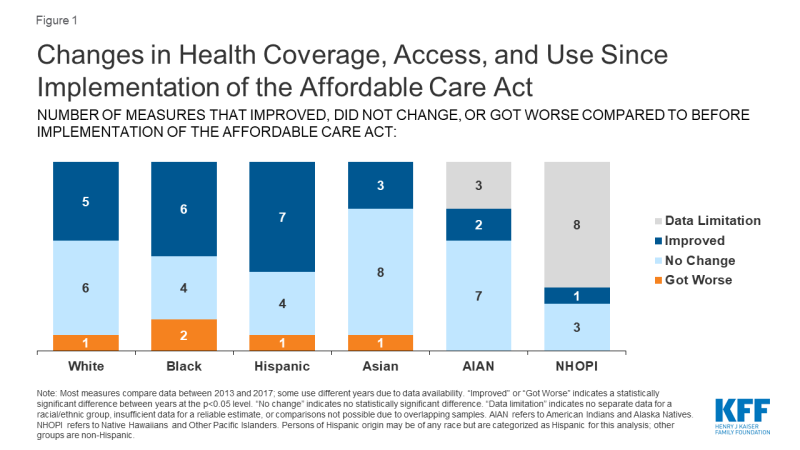 Figure 1: Changes in Health Coverage, Access, and Use Since Implementation of the Affordable Care Act

These improvements helped narrow some disparities in health coverage, access, and utilization, but nonelderly Blacks and Hispanics continued to fare worse than Whites across most examined measures post-ACA (Figure 2). Nonelderly Asians generally fared similar to Whites across measures. However, the data may mask underlying differences and disparities among subgroups of Asians. Gaps in the data limit the ability to assess access and utilization of care for NHOPIs. 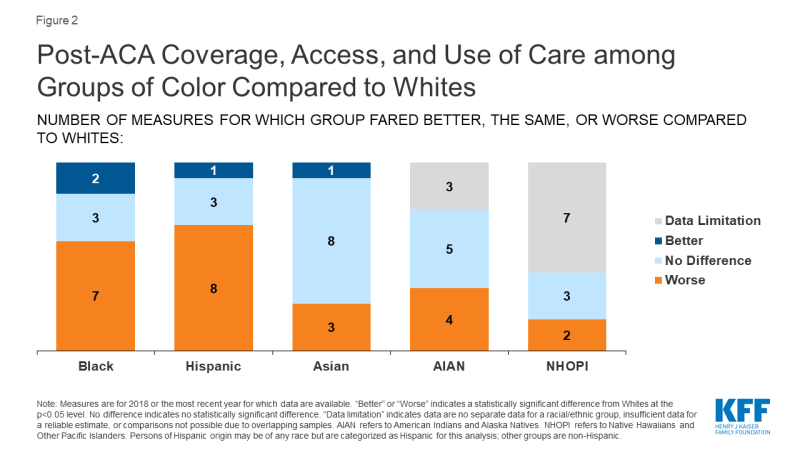 Figure 2: Post-ACA Coverage, Access, and Use of Care among Groups of Color Compared to Whites

Across racial and ethnic groups, most measures of health status remained stable or improved compared to prior to the ACA (Figure 3). (See Appendix Table 2 for an overview of indicators examined.) Compared to prior to the ACA, AIDS diagnosis rates, heart disease and cancer death rates, and smoking rates decreased for most groups. Most other measures remained stable or could not be assessed over time due to data limitations. The smaller number of improvements in measures of health status and outcomes compared to measures of coverage, access, and use may reflect that a broad array of factors, including social and environmental factors outside the health care system, affect health and that it may take additional time for measureable changes in health to occur in response to improvements in coverage, access, and use. 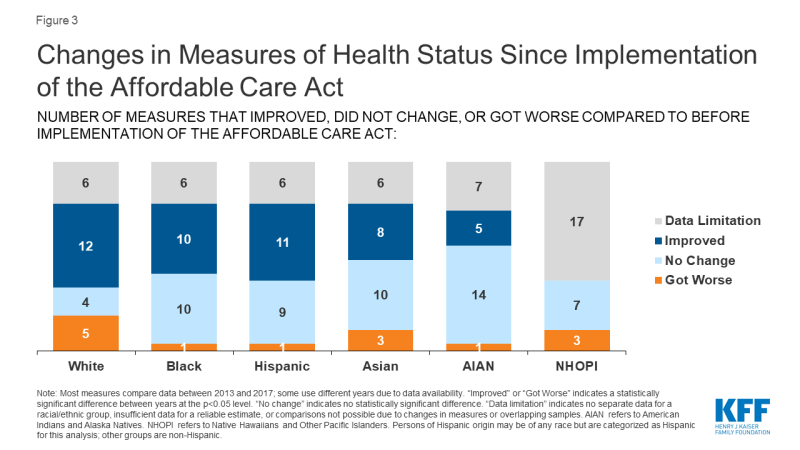 Figure 3: Changes in Measures of Health Status Since Implementation of the Affordable Care Act

Blacks and AIANs continued to fare worse than Whites across most examined health status indicators post-ACA (Figure 4). Findings for Hispanics were mixed, but they continued to face large disparities for certain measures. Disparities in teen birth rates, infant mortality rates, and HIV or AIDS diagnosis and death rates were particularly striking for Blacks, Hispanics, and AIANs. Asians fared better than Whites on the majority of examined indicators, but, as discussed earlier, the data may mask disparities among subgroups of Asians. Large data gaps limit examination of health status for NHOPIs. 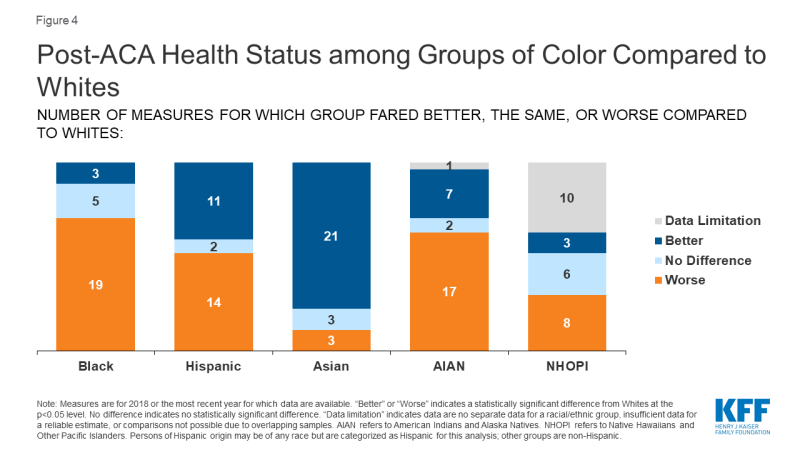 Demographics
Coverage, Access to and Use of Care
Health Status
Introduction