Racial Disparities in COVID-19 Impacts and Vaccinations for Children

Although children have not borne the most severe brunt of COVID-19 relative to adults, some do become hospitalized, suffer long-term consequences, and even death from the disease. There is growing attention to how children are being affected by the pandemic, particularly as in-person school returns, and those younger than age 12 are not yet eligible for vaccination. While data remain limited, available research and data to date suggest that children of color have been disproportionately affected by COVID-19 and may be less likely to have been vaccinated, mirroring racial disparities observed among the broader population. These disparities may leave children of color at increased risk, particularly as they return to in-person school. Together the findings point to the importance of increasing data available to understand racial disparities in COVID-19 impacts and vaccinations among children and efforts to mitigate disproportionate impacts of COVID-19 for children of color going forward.

Disparities in COVID-19 Impacts among Children

Research suggests COVID-19 has disproportionately affected the health of children of color in ways that mirror patterns observed among adults. Studies find that, compared to their White counterparts, Black, Hispanic, and Asian children had lower rates of testing but were significantly more likely to be infected; Black and Hispanic children were more likely to be hospitalized and more likely to have multisystem inflammatory syndrome (MIS-C (a serious and sometimes deadly condition where different body parts become inflamed, including the heart, lungs, kidneys, and brain); Black children were more likely to be admitted to intensive care units due to MIS-C; and Hispanic, Black, and American Indian and Alaska Native (AIAN) children had higher rates of death. Recent data from CDC also show racial disparities in COVID-19 health impacts. As of August 31, 2021, there were almost 4.9 million infections, over 39,000 hospitalizations, and 725 deaths due to COVID-19 among children 19 and younger, which showed:

The pandemic has also adversely impacted children’s mental, social and academic growth, with Hispanic and Black children bearing the brunt of these impacts. A recent KFF Vaccine Monitor report shows that half of Hispanic parents say one of their children fell behind academically as a result of the pandemic compared to about a third (35%) of White parents who say the same. Additionally, half of Hispanic parents (52%) say one of their children experienced difficulty concentrating on school work, issues with sleeping and eating, or frequent headaches or stomachaches since the pandemic began, compared to less than four in ten (40%) White parents. Black and Hispanic parents also are more likely to say their household suffered a job disruption due to childcare needs in the past year and to say that the disruption has had a major impact on their family’s finances and stress level. These findings are consistent with a 2020 McKinsey analysis finding that Black and Latino students would disproportionately experience learning loss during the pandemic due to a variety of reasons, including a lack of access to high-quality remote learning, and high-speed internet. These disproportionate impacts of the pandemic may further widen existing gaps in academic performance for children of color. 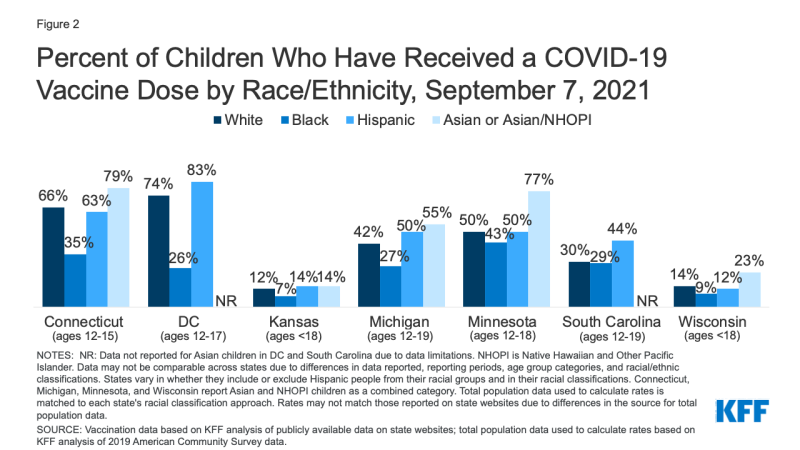 Figure 2: Percent of Children Who Have Received a COVID-19 Vaccine Dose by Race/Ethnicity, September 7, 2021

Together these data suggest that COVID-19 has disproportionately negatively affected the physical and mental health, academic growth, and economic security of children of color. At the same time, the limited data available to date suggest some children of color may be less likely to receive a COVID-19 vaccine, leaving them at elevated risk as the virus continues to spread and as many return to in-person school.

Exposure risk associated with returning to in-person school may be mitigated by policies such as requiring face masks or vaccination among staff and eligible students in schools or by providing options for virtual learning. Because many of these decisions are being made at the local level, there will be wide variation in implementation of these protections across the country. However, some decisions are being made at the state level. For example, as of September 13, 2021, 18 states were requiring face masks in schools, 28 states did not have a face mask requirement in schools, and 5 states prohibited a face mask requirement in schools. Nine states had a vaccine mandate for school employees. While most states (29) are leaving decisions about school instruction mode to the local level, 19 states have a requirement for in-person learning and 3 have a requirement for hybrid learning. This varied implementation of mitigation policies also will have important implication for disparities in COVID-19 impacts among children going forward.