This report, the first broad-based study of Medicare Advantage networks, takes an in-depth look at plans’ hospital networks, examining their size and composition.  The analysis draws upon data from 409 plans, including 307 HMOs and 102 local PPOs, serving beneficiaries in 20 diverse counties that together accounted for about one in seven (14%) Medicare Advantage enrollees nationwide in 2015.  Key findings include: 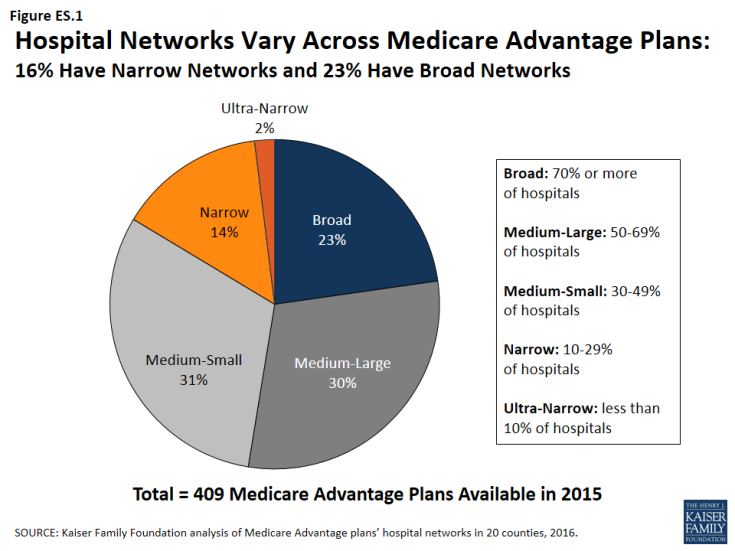 People on Medicare often say that having access to specific doctors and hospitals is a high priority when choosing their Medicare Advantage plans. Yet, plan directories are often riddled with errors, omissions and outdated information that makes it difficult and sometimes impossible to tell which hospitals are included in-network – a finding that emerged over the course of this study.

Creating networks of providers is one of many strategies available to insurers to help control costs and manage the delivery of care. But narrower networks may also limit consumers’ access to certain providers or increase costs for care obtained out-of-network.  For Medicare Advantage enrollees who place a high value on having access to a particular set of providers, or a broad range of providers, the findings underscore the importance of comparing provider networks during the Annual Election Period – a task that is easier said than done.