What’s In and What’s Out? Medicare Advantage Market Entries and Exits for 2015 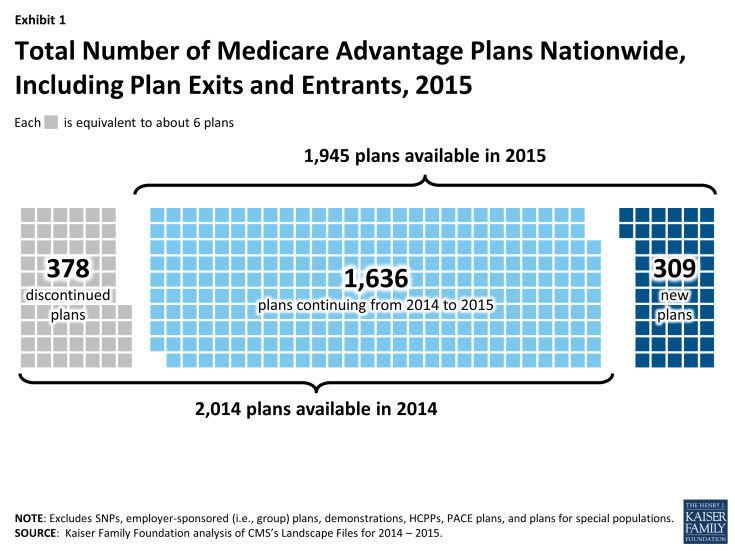 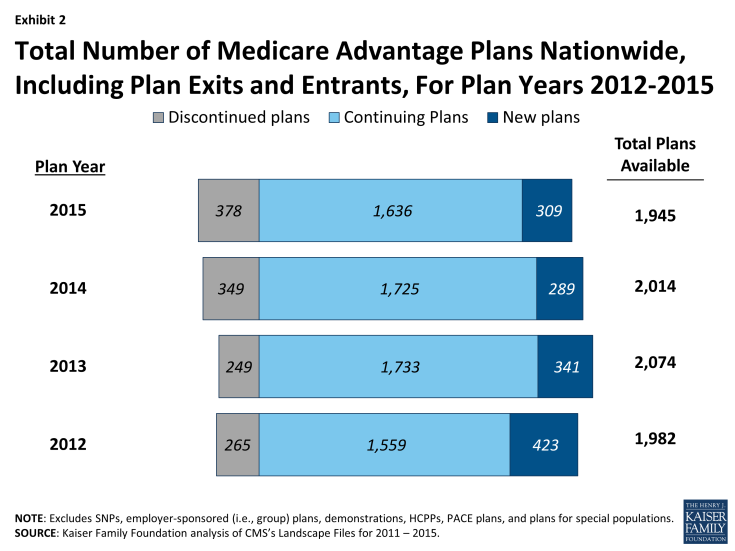 The share of Medicare Advantage enrollees affected by plan departures ranges from less than 1 percent in 20 states and the District of Columbia to more than 10 percent in 8 states (CT, HI, ID, MD, MT, NC, NH, VT). In Hawaii, 64 percent of enrollees are in exiting plans, the largest of which is a regional PPO offered by Hawaii Medical Services Association (HMSA), a BlueCross BlueShield affiliate; HMSA will continue to offer local PPOs in all counties of Hawaii.6 In most states, less than 5 percent of Medicare Advantage enrollees will be affected by plan departures. In four states (CA, NC, NY, and PA), a larger number (more than 20,000 enrollees), but a relatively small share of enrollees (less than or equal to 7% in CA, NY, and PA; 17% in NC) are enrolled in plans that will not be offered in 2015. In contrast, in 13 states and the District of Columbia, fewer than 1,000 people are enrolled in plans in 2014 that will not be offered in 2015.

Plan Type. Among departing plans, local PPOs and PFFS (private fee-for-service) plans are disproportionately represented (Exhibit 3). Local PPOs comprise one-quarter (25%) of plans offered in 2014, but one-third (33%) of departing plans in 2015. Similarly, PFFS plans comprise only 6 percent of plans offered in 2014, but 14 percent of departing plans in 2015. In fact, more than four in ten PFFS plans (43%) and more than two in ten local PPOs (24%) are exiting the market in 2015 (Appendix Table 2). The reduction in PFFS plans available between 2014 and 2015 continues the trend in PFFS plan exits that has been observed since the Medicare Improvements for Patients and Providers Act (MIPPA) of 2008 required most PFFS plans to adopt provider networks. PFFS plans have attracted fewer enrollees over the years, dropping from a high of more than 2 million in 2009 to about 300,000 in 2014 – confirming the waning role of PFFS plans in the Medicare Advantage market.

As in prior years, PFFS plans departing the market are expected to be replaced by other plan types. HMOs are disproportionately represented, and comprise 73 percent of the new plans that will be offered in 2015, and comprise 66 percent of all Medicare Advantage plans offered in 2015 (Exhibit 3). In contrast, both regional PPOs and PFFS plans are underrepresented among new plans. These proportions may be reflective of plan choices made by new enrollees in recent years, and business decisions of insurers about the viability and profitability of these products. 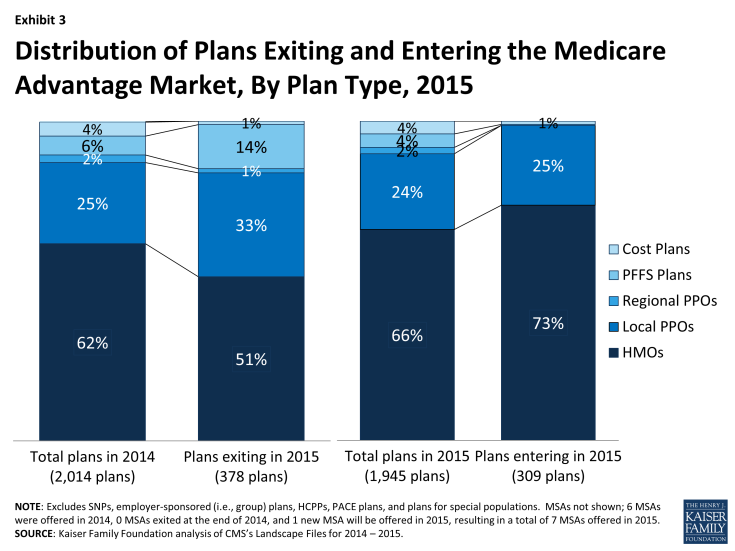 Quality Ratings. The majority of plans exiting the market at the end of 2014 have average or below average ratings (Exhibit 4). Most (59%) of the plans terminating their contracts with CMS at the end of 2014 received 3 or 3. 5 stars – ratings for which plans received bonuses in 2014 but will not receive bonuses in 2015 or future years. Among plans with 3 or 3.5 stars, 15 percent are exiting the market at the end of this year. Plans with below average ratings (2 or 2.5 stars) represent a small share of all departing plans, but a disproportionate share (25 percent) of these plans are exiting (Appendix Table 3). In 2015, Medicare beneficiaries will see fewer plans with average or below average ratings.7 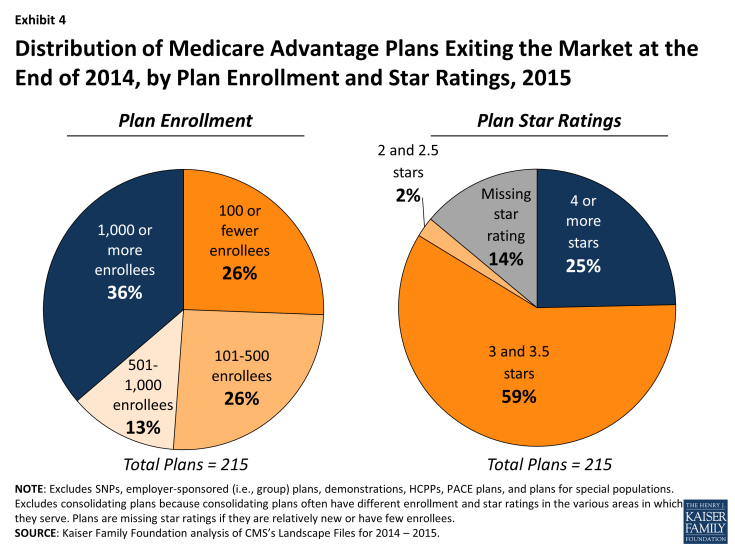 Exhibit 4: Distribution of Medicare Advantage Plans Exiting the Market at the End of 2014, by Plan Enrollment and Star Ratings, 2015

While the total number of Medicare Advantage plans offered in counties across the country will be slightly lower in 2015 than in 2014, the vast majority of plans offered in 2015 (84%) were also offered in 2014. As in previous years, some plans will terminate their contracts with Medicare before the end of the year, while others will enter new markets, creating new options for Medicare beneficiaries in those areas.

Plans with relatively low enrollment and plans with average star quality ratings or below comprise the majority of plans exiting the markets. These changes are primarily weeding out plans that did not attract many enrollees and plans that received relatively low quality ratings. The CMS quality-based bonus demonstration will draw to a close at the end of 2014, and only plans with above average ratings (4 or more stars) will receive bonuses in 2015 and future years. This could make it more challenging for plans with fewer stars to compete with higher-rated plans, unless they improve their ratings.

Despite concerns that the ACA would result in a major contraction of Medicare Advantage plans, the 2015 market continues to look robust. While some plans have terminated their contracts with Medicare, most have decided to continue to operate, and others are launching new plans across the country in 2015.   Companies may have adjusted their business strategies and tightened their belts in response to the changes in the ACA and the sequestration of Medicare spending put in place under the Budget Control Act of 2011. Virtually all Medicare Advantage enrollees will have the option to stay in the same plan in 2015; just 3 percent of enrollees are in plans that are exiting the market at the end of this year, though this rate will vary somewhat by county. In all likelihood, beneficiaries affected by plan exits will have other Medicare Advantage options available, including new plans vying for beneficiaries, in addition to traditional Medicare.