While momentum to enact the Build Back Better Act (BBBA) has stalled in Congress, public support for  legislation to lower prescription drug costs is likely to persist, particularly in light of concerns about rising prices due to inflation. The House-passed BBBA would allow the federal government to negotiate drug prices in Medicare, cap Medicare beneficiaries’ out-of-pocket drug spending under Part D, cap monthly insulin costs, and require drug companies to pay rebates to the federal government when annual increases in drug prices for Medicare and private insurance exceed the rate of inflation.

As context for understanding the possible impact of the inflation rebate proposal, this analysis compares price changes for drugs covered by Medicare Part B (administered by physicians) and Part D (retail prescription drugs) between 2019 and 2020 to the inflation rate over the same period (1%) (prior to the recent surge in the annual inflation rate, which is currently 7.5%). Our analysis is based on changes in unit prices reported in the most recent drug spending data released by the Centers for Medicare & Medicaid Services (CMS) through 2020. For Part D, prices are based on total gross spending, including Medicare, plan, and beneficiary spending, but not reflecting manufacturer rebates and discounts to plans because they are considered proprietary and therefore not publicly available. For Part B, prices are based on total spending, including beneficiary liability and Medicare’s payment, which is based on the average sales price; this measure takes rebates and discounts into account. We believe our approach to measuring price changes is reasonable because the BBBA’s inflation rebate proposal for Part D drugs is based on changes in the average manufacturer price, which also doesn’t take rebates paid to plan sponsors or pharmacy benefit managers into account; and for Part B drugs, is based on changes in the average sales price. (See Methods box for additional details.) 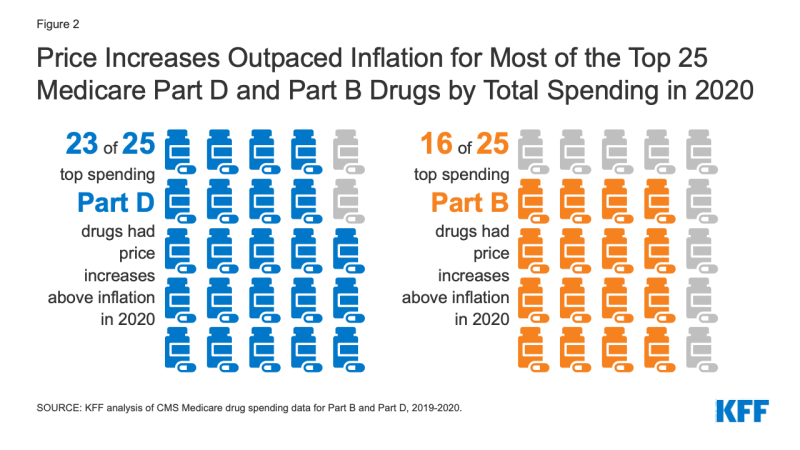 Figure 2: Price Increases Outpaced Inflation for Most of the Top 25 Medicare Part D and Part B Drugs by Total Spending in 2020

Annual increases in drug price increases can translate to higher Medicare spending and higher out-of-pocket drug costs by patients. Higher out-of-pocket spending occurs when beneficiaries are required to pay coinsurance, or a percent of the drug’s price – which is common for many brand-name Part D drugs and standard for all Part B covered drugs in the form of a 20% coinsurance requirement.

The Congressional Budget Office estimates a net federal deficit reduction of $83.6 billion over 10 years (2022-2031) from the drug inflation rebate provisions in the BBBA for Medicare and private insurance. Actual savings would depend in part on the degree to which drug price increases exceed the inflation rate. In periods when inflation is running low, as it was in 2019-2020, even relatively modest drug price increases would trigger inflation rebates. But in periods of high inflation, as it is currently, only more sizable drug price increases would trigger rebates. In the absence of Congressional action on prescription drug proposals, rising drug prices are likely to continue to pose affordability challenges for many people.