Medicaid is an important source of coverage for many Medicare beneficiaries.  As of 2011, there are 10 million seniors and younger people with disabilities who receive Medicaid in addition to Medicare.  They include frail seniors, people with chronic conditions such as diabetes and heart disease, and those with a variety of disabilities, such as dementia, multiple sclerosis, and mental illness.

Who are the Medicare Beneficiaries Who Receive Medicaid? 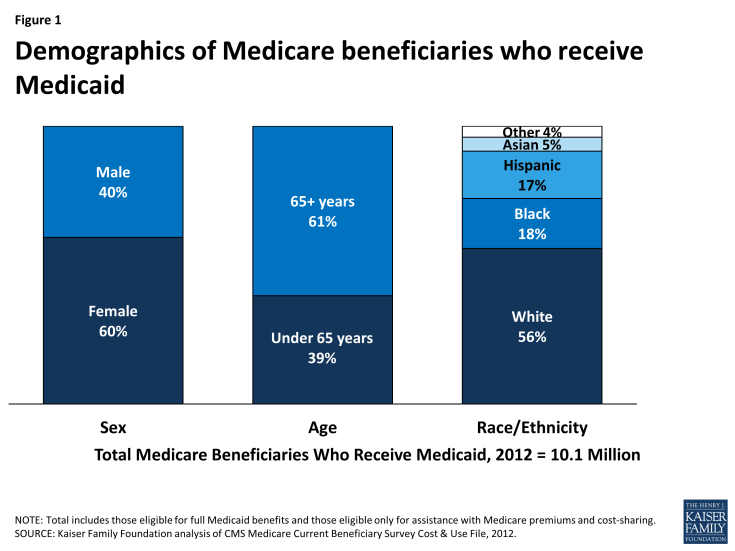 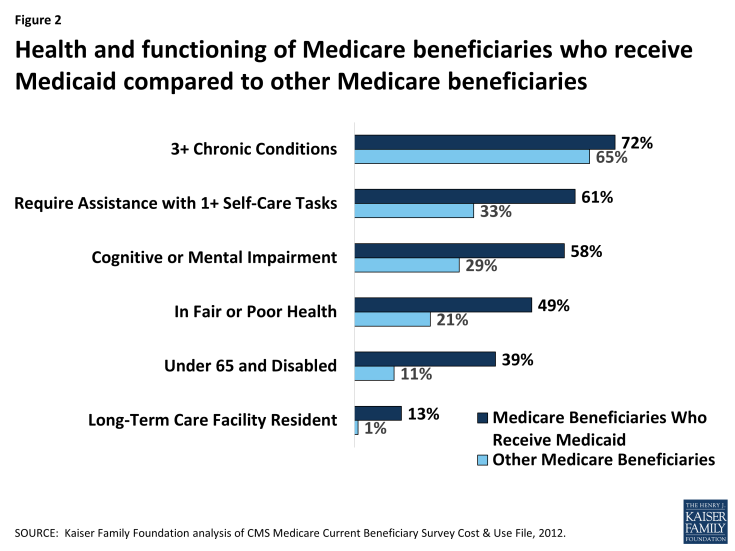 How Do Medicare Beneficiaries Qualify for Medicaid?

To receive Medicaid benefits, including long-term care, Medicare beneficiaries may qualify for Medicaid through various pathways based on their low-income and age and/or disability.  Although there is no Medicaid eligibility pathway dedicated to Medicare beneficiaries, there are several pathways through which they typically qualify.  For example, all states generally must provide Medicaid to Supplemental Security Income (SSI) beneficiaries, and states can extend Medicaid eligibility for other seniors and people with disabilities up to 100% of the federal poverty level (FPL, $12,060 for an individual in 2017) (Figure 3).  In addition, states can expand financial eligibility for people who need long-term care services, in nursing homes and/or in the community, up to three times the SSI benefit rate (equivalent to 219% FPL or $26,460/year for an individual in 2017).  These pathways also generally have asset limits set by the state, which typically are at the SSI level of $2,000. 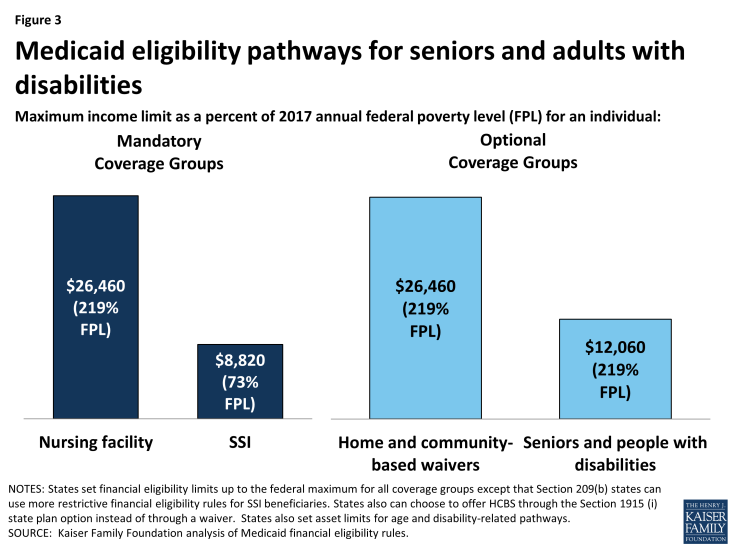 Figure 3: Medicaid eligibility pathways for seniors and adults with disabilities

What Does Medicaid Provide for Medicare Beneficiaries?

Most Medicare beneficiaries who receive Medicaid (75%, or 7 million, in 2011) receive both full Medicaid benefits, including long-term care, and help with Medicare’s out-of-pocket costs.  Medicare is their primary source of coverage for hospital and physician care, and Medicaid fills in gaps by covering services that Medicare does not, such as long-term care in the community and nursing homes.  Long-term cares services are expensive, generally exceeding what people are able to afford out-of-pocket, and are the major benefit that Medicaid provides for these beneficiaries.  State Medicaid programs also may cover other services that Medicare does not, such as vision, dental, or hearing, for adult Medicaid beneficiaries.  In addition, Medicaid wraps around Medicare to cover Medicare’s out-of-pocket costs, such as premiums, deductibles, and co-payments, for acute care services, which can be high for people with low incomes.

How Much Does Medicaid Spend on Medicare Beneficiaries? 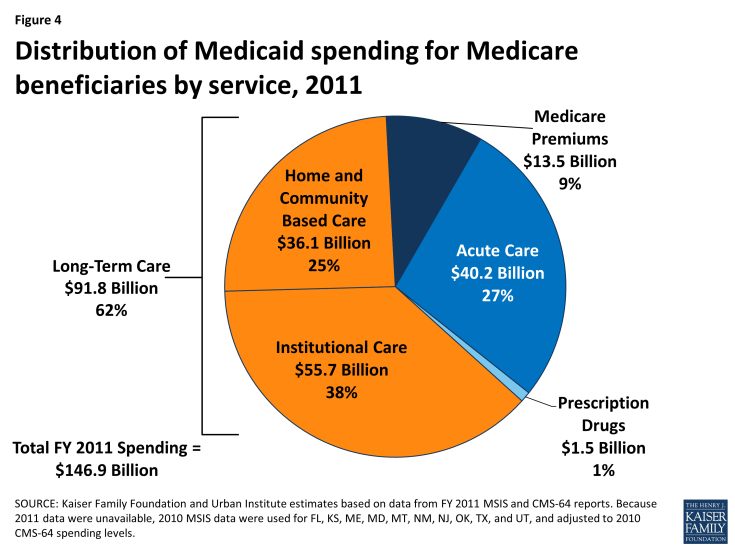 Figure 4: Distribution of Medicaid spending for Medicare beneficiaries by service, 2011 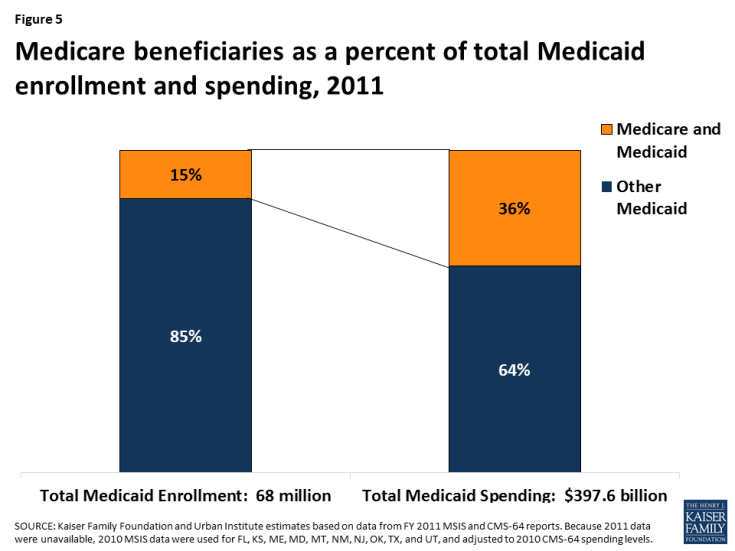 Figure 5: Medicare beneficiaries as a percent of total Medicaid enrollment and spending, 2011 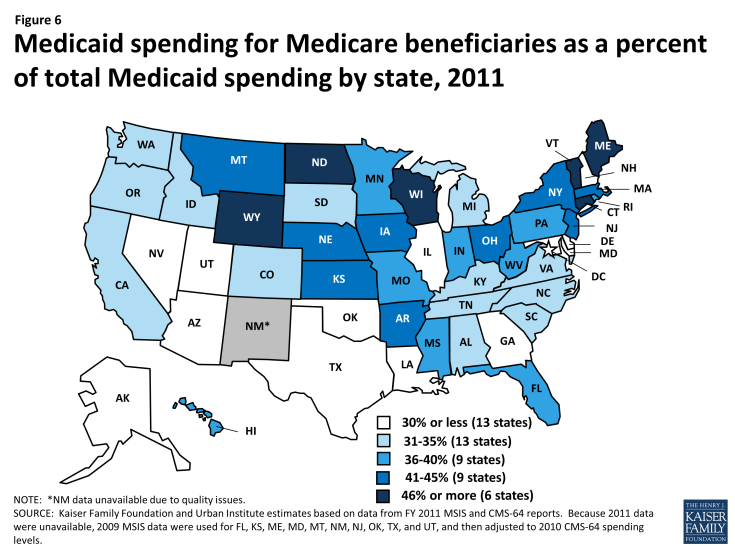